A multi-car accident has caused a road closure near West Branch, Iowa. 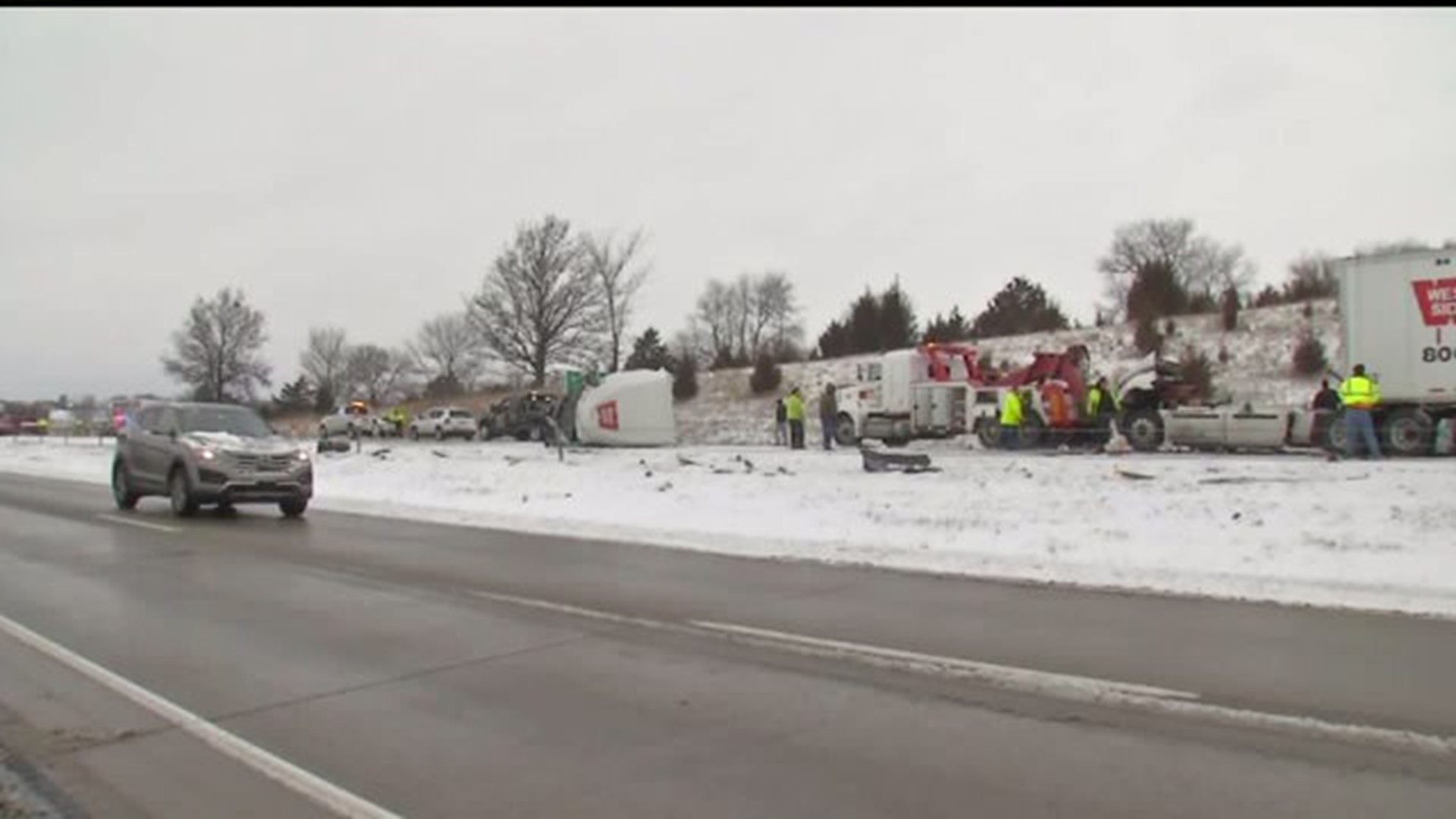 Multiple vehicles got into a pileup near West Branch, Iowa on Interstate 80 on Valentine's Day.

Five vehicles were initially involved in two separate crashes around noon on Sunday, February 14, 2016, according to an Iowa State Patrol crash report.  The wrecks happened in the westbound lanes of I-80 near mile marker 254.

Shortly after, another collision involving 28 vehicles occurred, according to the report.

Three people were reportedly injured in the wreckage.

No word on if the collisions were weather-related.