The rider reportedly lost control of the bike and was thrown off at high speeds. 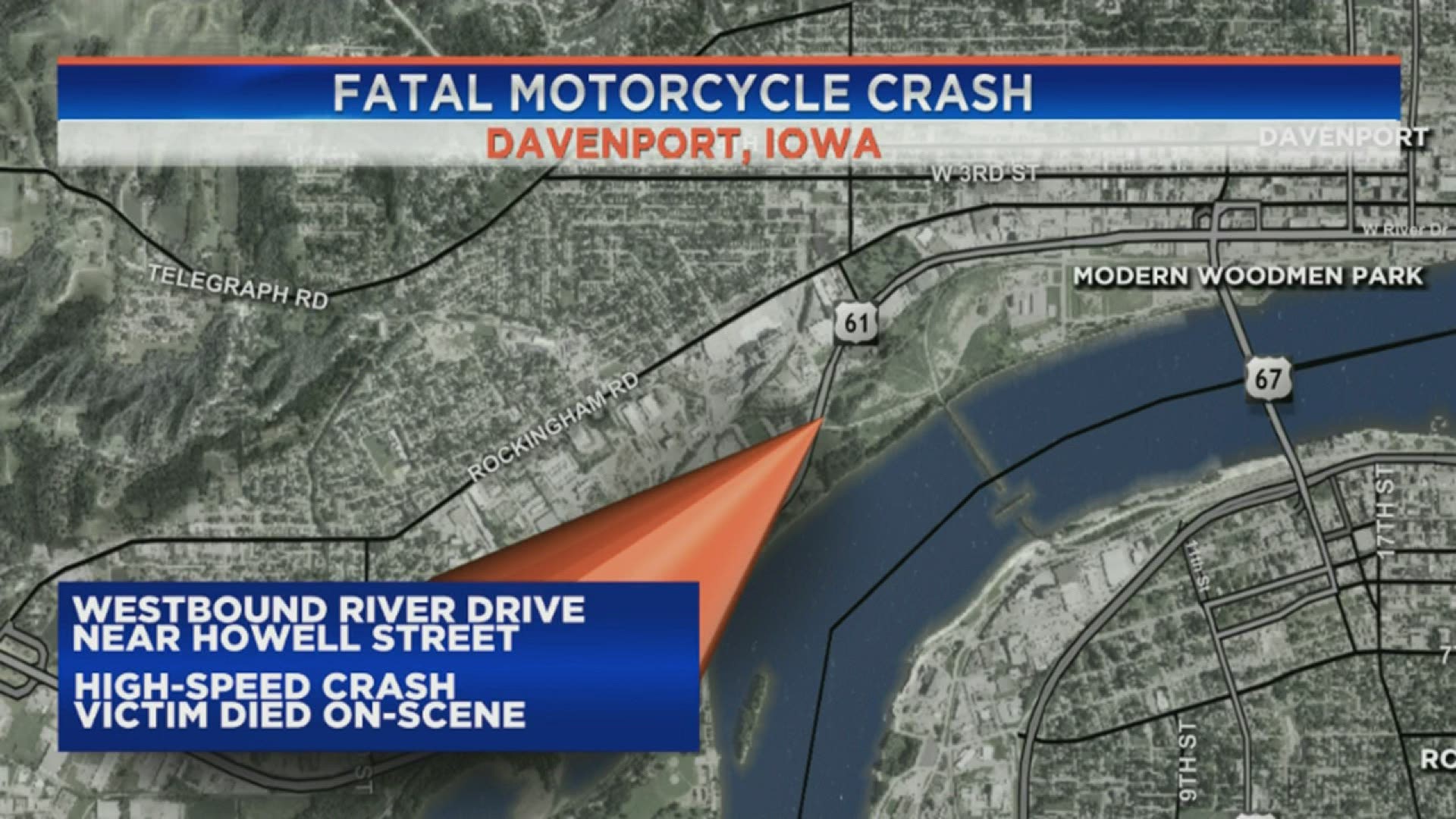 DAVENPORT, Iowa — A motorcyclist travelling down River Drive in Davenport was killed after losing control of the bike at a high speed.

Davenport Police, Fire, and EMS responded to the intersection of W River Drive and Howell St. at about 7:09 p.m. on Monday, June 29th regarding a motorcycle accident.

Police say that the motorcycle was driving westbound on River Drive at high speeds when its rider lost control. The bike left the roadway on the north side and started tumbling, ejecting the rider.

The rider was pronounced dead at the scene and has not been identified.

The crash is still under investigation.