On Sunday, Oct. 24, 59 class of 2020 graduates returned to Monmouth College to finally walk across the stage. 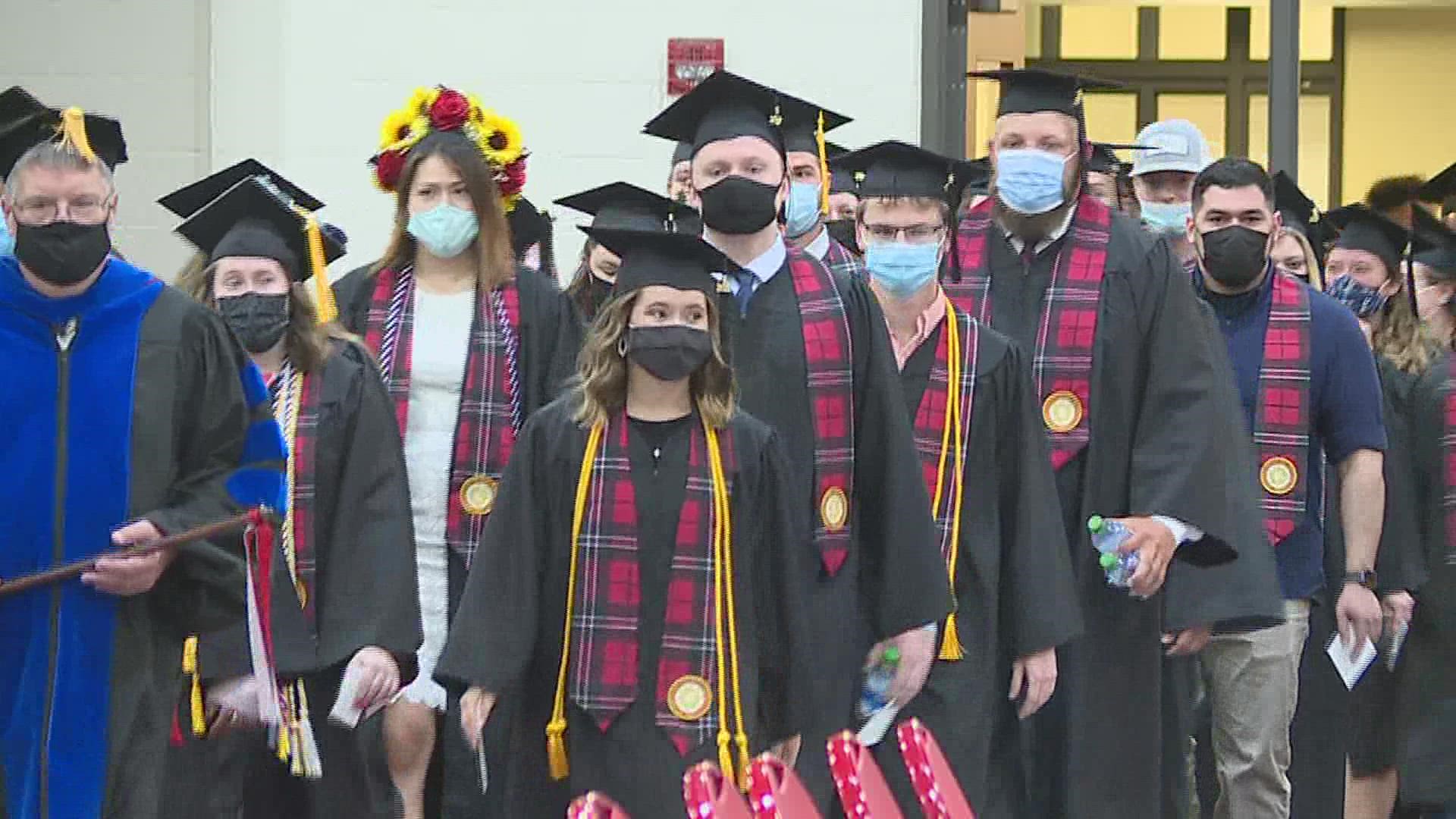 MONMOUTH, Ill. — It's been almost a year and a half since the Class of 2020 virtually graduated from Monmouth College. On Sunday, Oct. 24, the graduates finally got the chance to walk across the stage and have an in person celebration.

A total of 59 graduates returned to the college during the Homecoming weekend to attend commencement.

"I had to drive eight hours to be here," said Shelby Jones, who graduated with a degree in business administration and accounting. "It was worth it though, for sure."

Jones recalled watching the virtual ceremony last year on TV and said it didn't compare to having an in-person celebration.

"(It's) crazy because it's been a year and a half, and I think this is my first time on campus since they kicked us off," she said.

Her parents and her grandma were also able to come watch the ceremony.

Adrianna Nussear graduated with a degree in sociology and anthropology. For her, "it's been a little bit weird, but exciting." She also described the whole thing as "surreal." While she wasn't sure if she would come back for an in person commencement, she was glad that she did.

She and Jones both agreed they'd be crying during the ceremony.

"It will finally be the closure kind of that I felt like I didn't get," Nussear said. "Missing everything, I felt like I just disappeared off campus, and so this would be a little bit of closure for me."

Willhardt read the names of the graduates while they walked across the stage. He, like the students, said having the ceremony in person was more special.

"It's the ability to look out and see all of them there waiting in anticipation," he said. "To greet them at the podium as they come by, and to say, 'Hey, this is it.' To make that eye contact of watching their joy, as they get to have that moment in the sun, or, in our case, in the middle of the fieldhouse."

He added this commencement ceremony closes the circle the graduates began when they came in as first-year students.

"When our students arrive, we do a matriculation ceremony, so we welcome them to the college and that is the moment when they begin to become college students," Willhardt said. "The commencement ceremony is the book end to that. It's that moment when we say to them, 'You did it. And now go do all the rest of the great things that you're going to do … You've done some, now go do more.'"