The police department collected unwanted, expired or unused prescription medications, no questions asked, and will now safely destroy them. 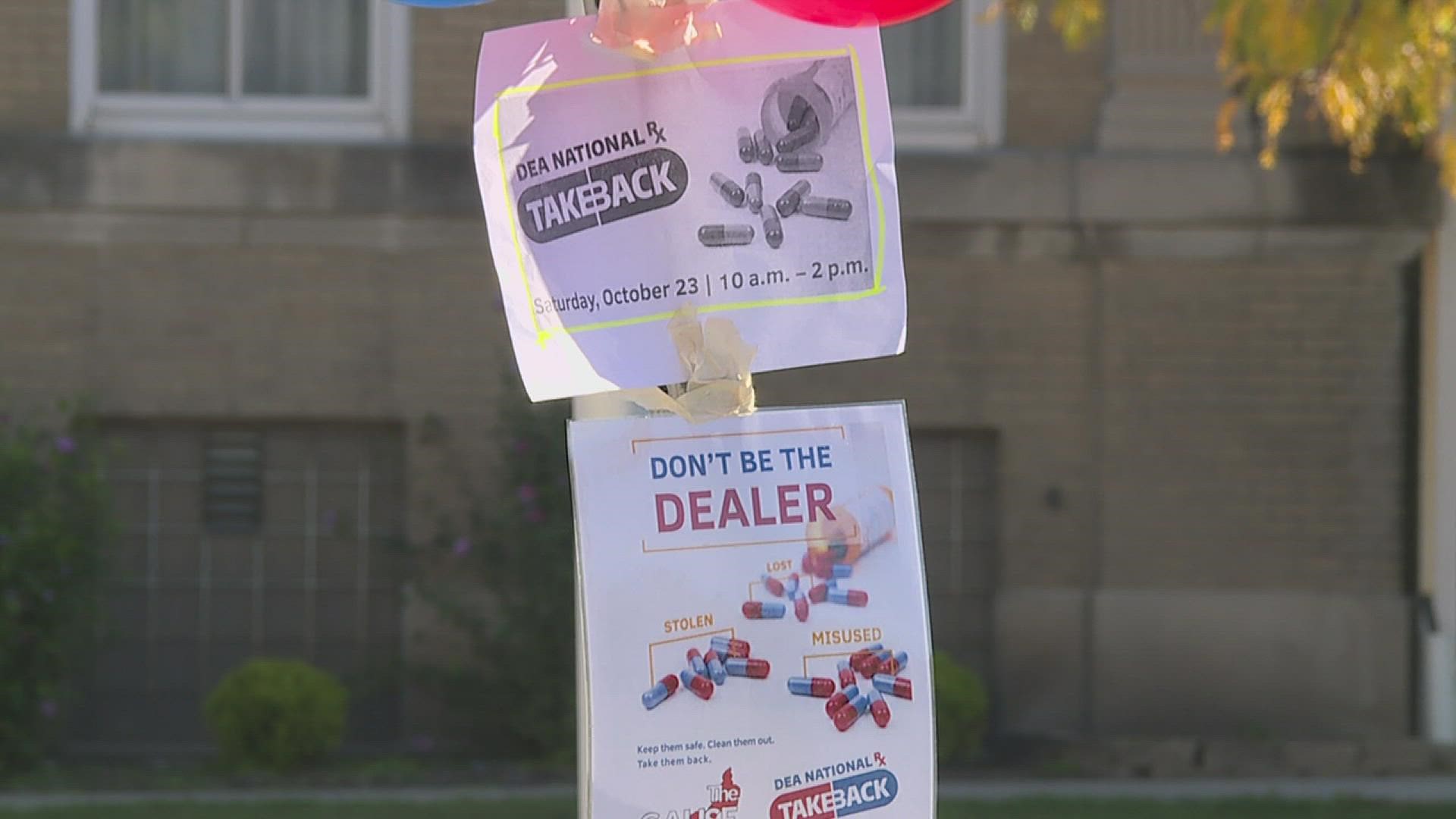 The department said that its volunteers had a great turnout and collected six full trash bags of drugs, totaling about 150 pounds.

The department said all this medication will be taken to a facility where it can be destroyed in an environmentally safe way.

The department thanked the public for taking part in the event and making a responsible effort to save the lives of people and pets, as well as protect the local environment.

National Prescription Drug Take Back Day was Saturday, Oct. 23 and police departments across the country were collection sites for any unwanted, expired or unused prescription medications.

The Moline Police Department was a drive-thru drop-off site. They accepted any pills or patches, no questions asked. However, they were unable to accept any liquids, inhalers, sharps or needles.

The goal was to dispose of the drugs in a safe way.

"You should never flush them because it's bad for the environment, and we don't want that contaminated water system," Officer Stephanie Genisio said. "And when you throw them away, you never know exactly for sure where it's gonna end up, so it's always best if you turn them into us because they get incinerated, and then you don't have to worry about them at all."

She added that properly disposing prescription medications can help protect more than the environment.

"I think it's awesome because we know that the drugs are being destroyed properly, and who knows when that could save somebody's life, a child's life or a teenager's life," Genisio said. "So we're thrilled to do it."