In a move from IHSA, this fall's football, girl's volleyball and soccer seasons were pushed to March. 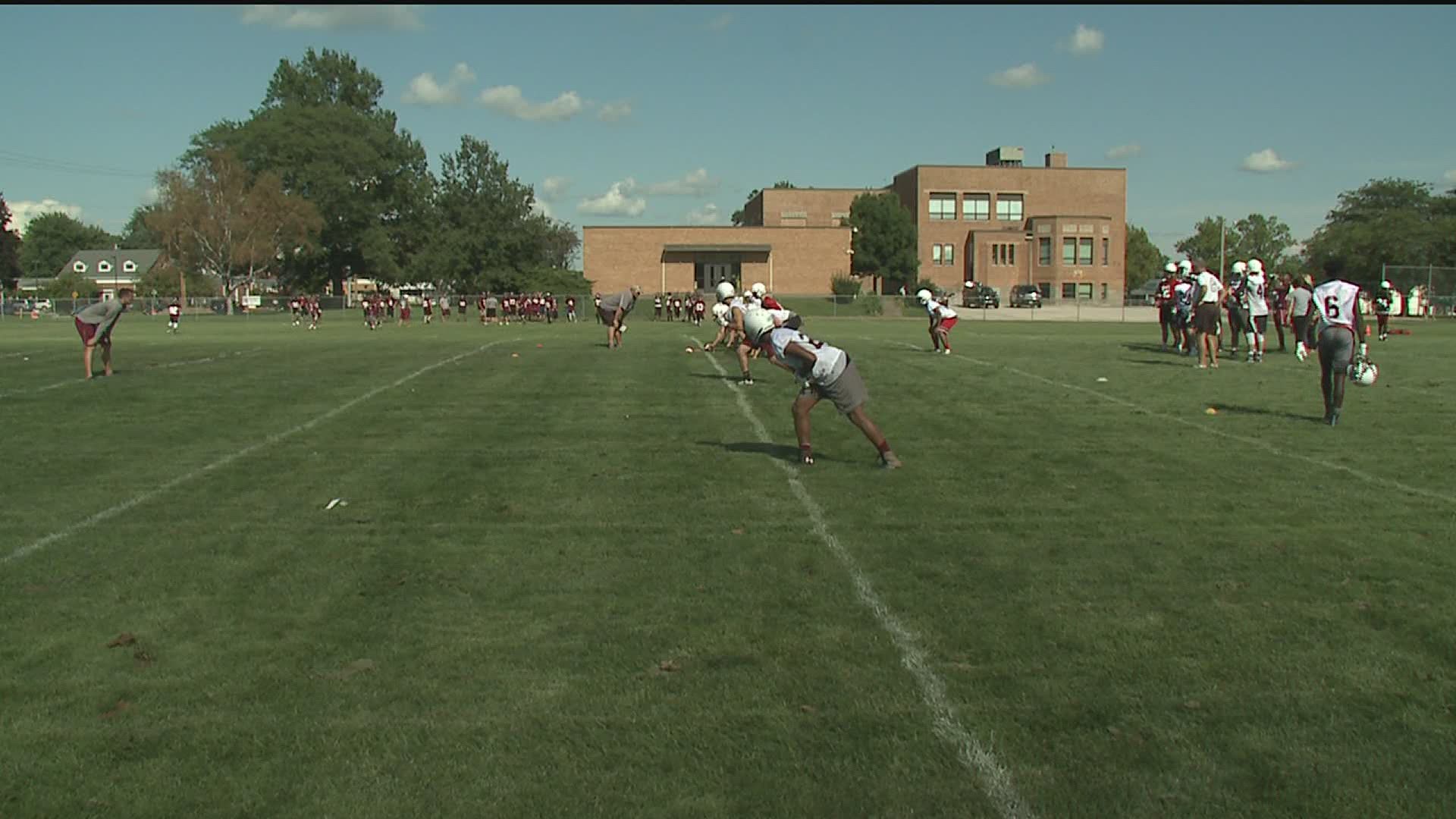 MOLINE, Illinois — The bleachers at Browning Field would normally be full at the beginning of the school year under the Friday Night Lights.

But now, the Moline Maroons football season has been put on hold, after the Illinois High School Association delayed some fall sports to the spring and Illinois Governor J.B. Pritzker announced new guidelines for recreational sports.

It was a tough decision to hear, but Moline Senior Safety Treyvon Lee is thankful for it.

"I was kind of happy because at least we'll get a senior season," he says.

He worried that this year's football season would just be completely cancelled, but now it's time to put in the work.

"We're going to train to get stronger, faster and better," Lee says. "And to know the playbook more."

That work started at their training camp this summer, with some restrictions.

"Usually we do seven-on-seven and team stuff, but we can't use that because of contact," he says. "And we got to use masks so it gets hot."

Head Coach Mike Morrissey says he's working to make sure their seniors get the same opportunities as alumni.

"(The coaching staff) reached out to some college coaches to get some ideas of what we can do for our kids now to still get on the radar with their schools," he says.

Now, Coach Morrissey is looking at the bright side.

"If (the team is) able to play and get out there, there some fulfillment in that and that's a big thing for us," Coach Morrissey says. "We're just excited to spend more time with these guys."

The team will have about a month of practice later this fall until official practice starts in February. Football, along with Girl's Volleyball and Soccer, are set to start in March.

Untul then, the team's focus will be on strength, conditioning and waiting to get back out on the field.

The Moline Maroons wrapped up their training camp this week and they'll be back together for practice after September 7th.

Football is considered a high-risk sport under no guidelines, so no-contact practice and training will be allowed starting in mid-August.