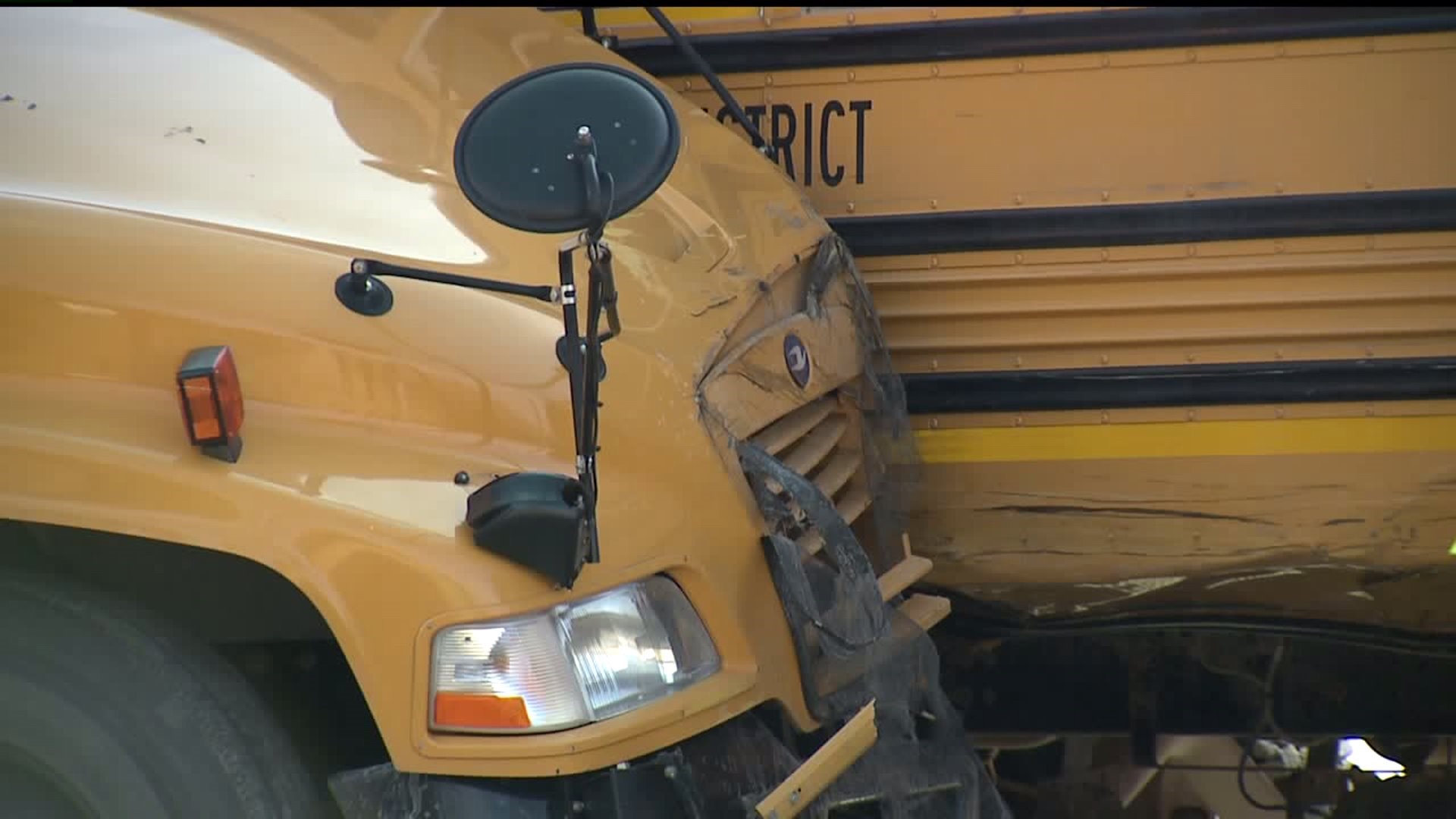 LONG GROVE, Iowa -- Two North Scott School District buses were involved in a crash the afternoon of Wednesday, March 22 near the intersection of St. Ann's Road and 140th Street just outside the town of Long Grove.

One of bus drivers was taken to an area hospital for minor injuries and one 8-year-old student was treated on the scene for "bumps and bruises." No serious injuries were reported.

According to first responders, the accident happened around 3:35 p.m. It appeared one bus pulled in front of the other at the intersection, leading to the crash.

School officials headed to the scene shortly after EMTs and firefighters and helped calm down students and began contacting parents. As of 4:30 p.m., some students were still waiting on a bus for their parents or guardians to arrive.

The driver who was in the northbound bus was cited for failure to yield, according to Lt. Joe Caffery.