Mayor: 10 arrests and 3 injuries, including a police officer, during Saturday protests

Part of downtown is under curfew until 6 a.m. following the earlier protests to draw attention to the death of Minnesotan George Floyd. 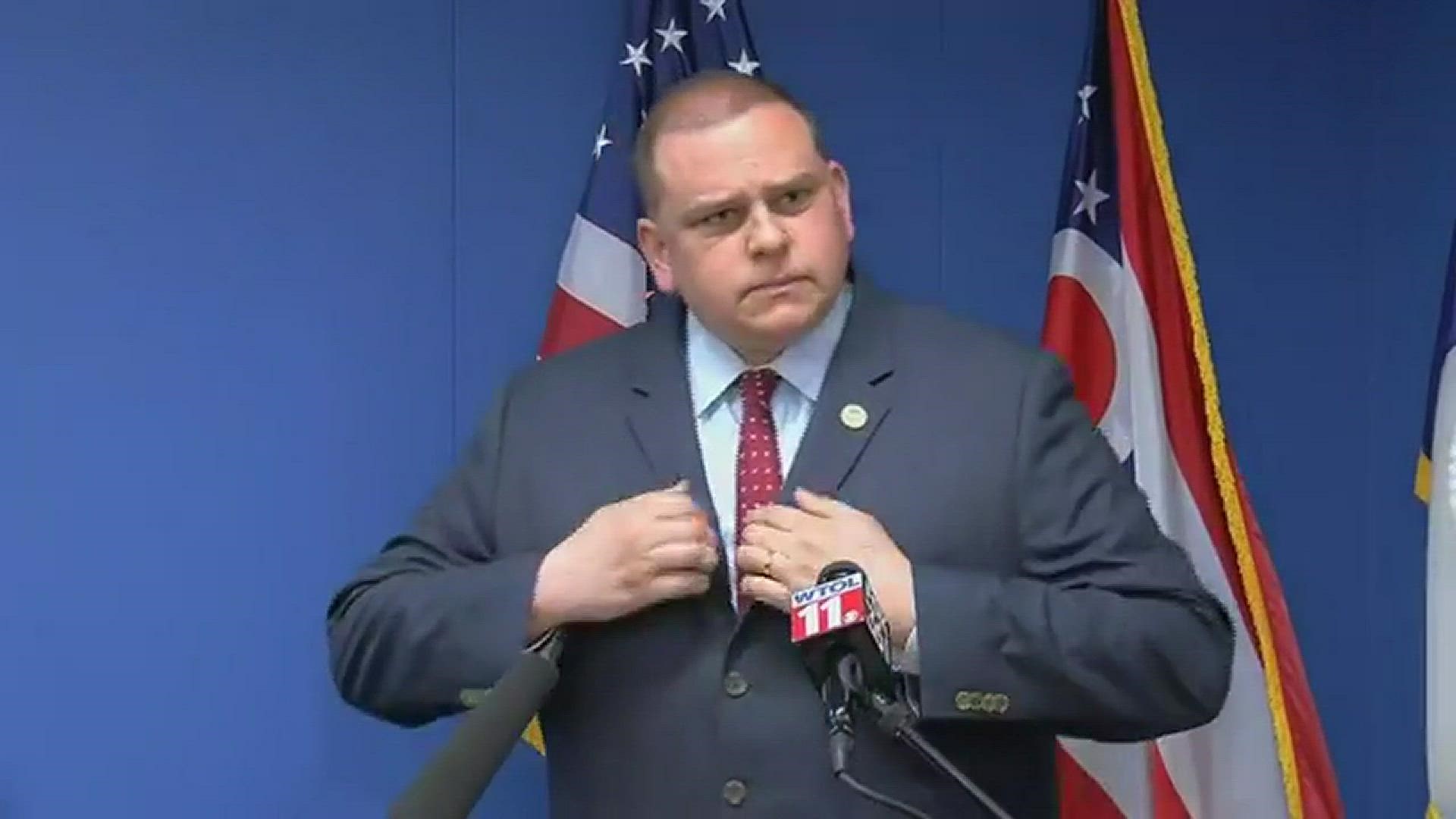 TOLEDO, Ohio — Toledo Mayor Wade Kapszukiewicz expressed support for residents' right to protest to draw attention to racial problems in the wake of Minnesotan George Floyd's death, but condemned the violence that is routinely accompanying the demonstrations - including right here in Ohio.

As of 11 p.m. Sunday, the mayor said 10 people had been arrested and three people were injured when protesters and police clashed. Numerous businesses downtown and in west Toledo were damaged.

"There are people in our country and our city who are hurting. They are in pain. They are angry, they are scared. They believe there are a  number of institutions that govern their lives ... that are tilted against them in an unfair and unjust way. Their hurt is real," Kapszukiewicz said. "They are our brothers and sisters. I think tonight, this anger and frustration is playing itself out. Not just in Toledo but in cities across the country. I support them and their right to protest and what they are protesting about. That's why I joined them today at both of the scheduled protests. I felt it was important for me to do so. ... To listen. I think it is important for people in my position to listen. Frankly, I think it is important for people of my race to listen.

RELATED: LIVE BLOG | George Floyd 'I can't breathe' rally in Cleveland: protest turns destructive as businesses around the city are vandalized and looted

The mayor said there is an indication that some of the most violent confrontations came from people not from the community.

The mayor said the curfew is in effect until 6 a.m, at which time the city will reassess how to proceed.

Credit: WTOL
A curfew is in effect from 9 p.m. Saturday to 6 a.m. Sunday in the wake of violent protests in downtown Toledo after the George Floyd demonstrations.

Logistically, every police officer on the city force has been called into duty and TPD is getting assistance from other departments.

"The entire force is on the job. We have asked for and received assistance from suburban departments, specifically the Maumee SWAT and 20 highway patrol troopers," he said.

Downtown businesses sustained damage, including Roth Furs, PNC Bank, 5/3 Bank, Deet's Barbecue, police union hall, the Ohio Building and some portions of west Toledo such as the Target on Alexis Road have seen some vandalism.

There have been 10 arrests and three confirmed injuries, the mayor said. Two protesters and one police officer were injured by projectiles thrown by protesters. One was an M-80 and the officer was injured by a rock thrown.

"I am aware of social media posts and they concern me, that show bruises and cuts from rubber bullets. They are not counted in these statistics," Kapszukiewicz said.

The mayor said he expects there will be more arrests throughout the night.

"We have thus far avoided the worst examples of disorder we have seen in major American cities and we hope to continue, but this is a situation that changes every hour, every 20 minutes," Kapszukiewicz said. He noted that splinter groups are popping up in other neighborhoods.

"It may be that our officers engaged in force too quickly,  it might be that protesters engaged in improper behavior. It may be that we are in a country right now that there is such a disconnect between our police officers and (citizens). We're not going to know tonight many of the things you're going to want answers to."