Looking back at memorial events for Breasia Terrell

Several groups hosted memorial events for the Davenport girl who went missing in July 2020, and was found dead in March 2021. More events are scheduled in April. 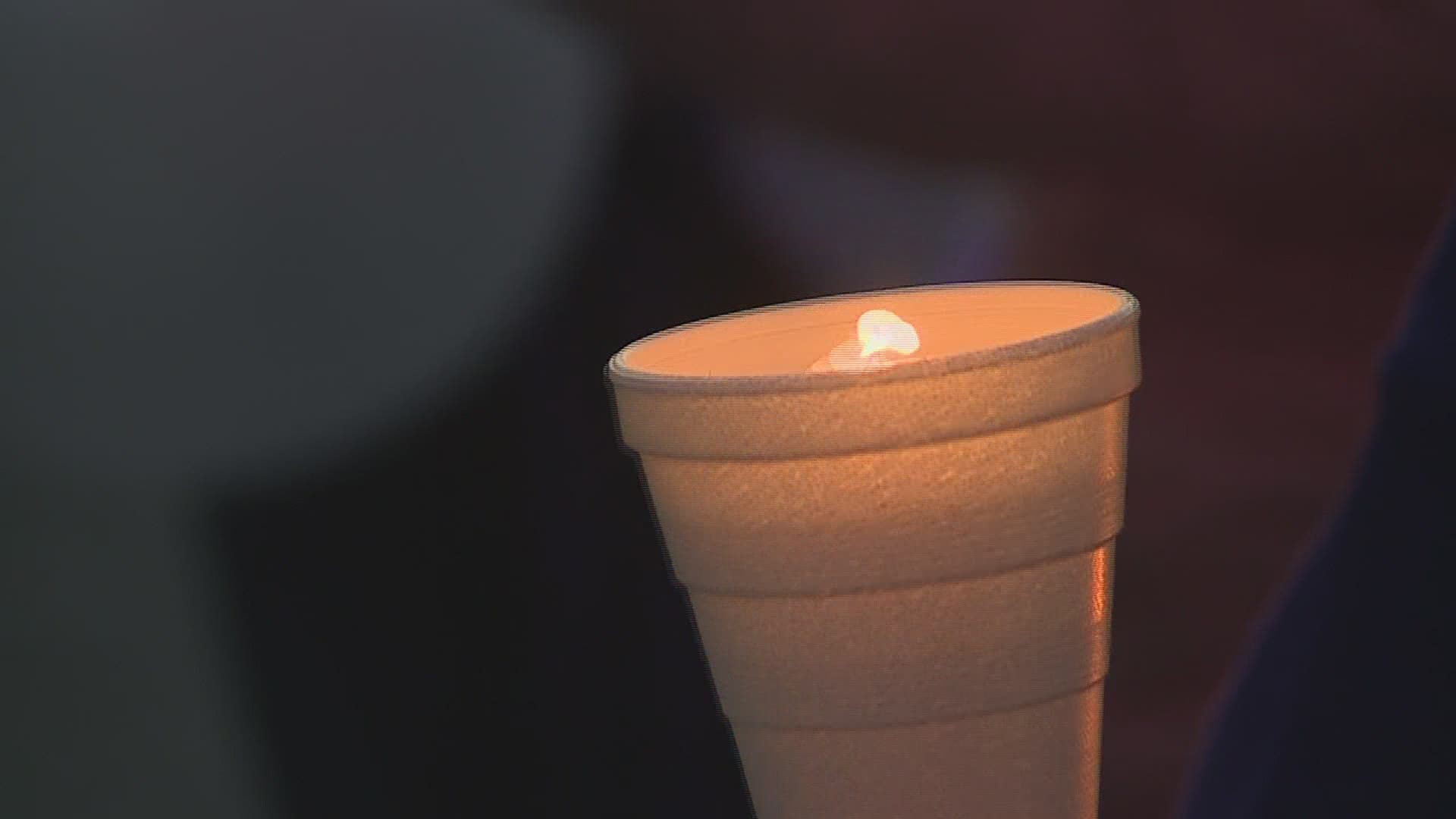 DAVENPORT, Iowa — Several groups across the Quad Cities have hosted memorial events to remember the life of Breasia Terrell, the 10-year-old Davenport girl who went missing in July 2020.

As crowds gathered on Thursday in Centennial Park in Davenport, they are remembering a life lost too soon.

"This is very tragic and it's just sad that it happened in our city," said Dashae Parker.

Parker lives in Moline, and did not know Terrell well.

Parker was part of the group tying balloons and leaving flowers along the riverfront trail in Davenport. That memorial event on Thursday was one day after Davenport Police Chief Paul Sikorski confirmed Breasia Terrell's body was found in Clinton County.

Jay Kadner is one of the people who helped search for Terrell last summer. He did not know the family either, but still came to show his support.

"None of the people I worked with in the four days I did it, none of 'em knew her," Kadner said.

Kadner said the balloons tied along the walking path are now a reminder to anyone crossing the Centennial Bridge that Breasia is home.

"At the end of the day, Breasia was like everyone's child," said Parker. "We were all grieving, we was all just worried, all just making sure she was OK."

That memorial grew throughout the evening on Thursday.

Crowds also grew on Friday evening for a candlelight vigil near Credit Island, one of the first places searches started in July.

"Those kind of things are really important to help kids feel involved and help kids have a little bit of closure for their friend," said Kim Cheatheam.

Cheatheam is a substitute teacher who remembers seeing Terrell in class.

"She's always smiling, so much energy, full of life whether it be in the classroom or running through the halls, just a beautiful spirit," said Cheatheam.

The vigil included prayer for Breasia and the Terrell family. Others shared their memories, too.

All of this came with the hope the Quad City community will keep Breasia Terrell's spirit burning bright.

There is a memorial event scheduled for Monday, April 5, 2021, and another for April 18, 2021. You can find more information about those events on this page.

RELATED: Everything we know about the case of Breasia Terrell