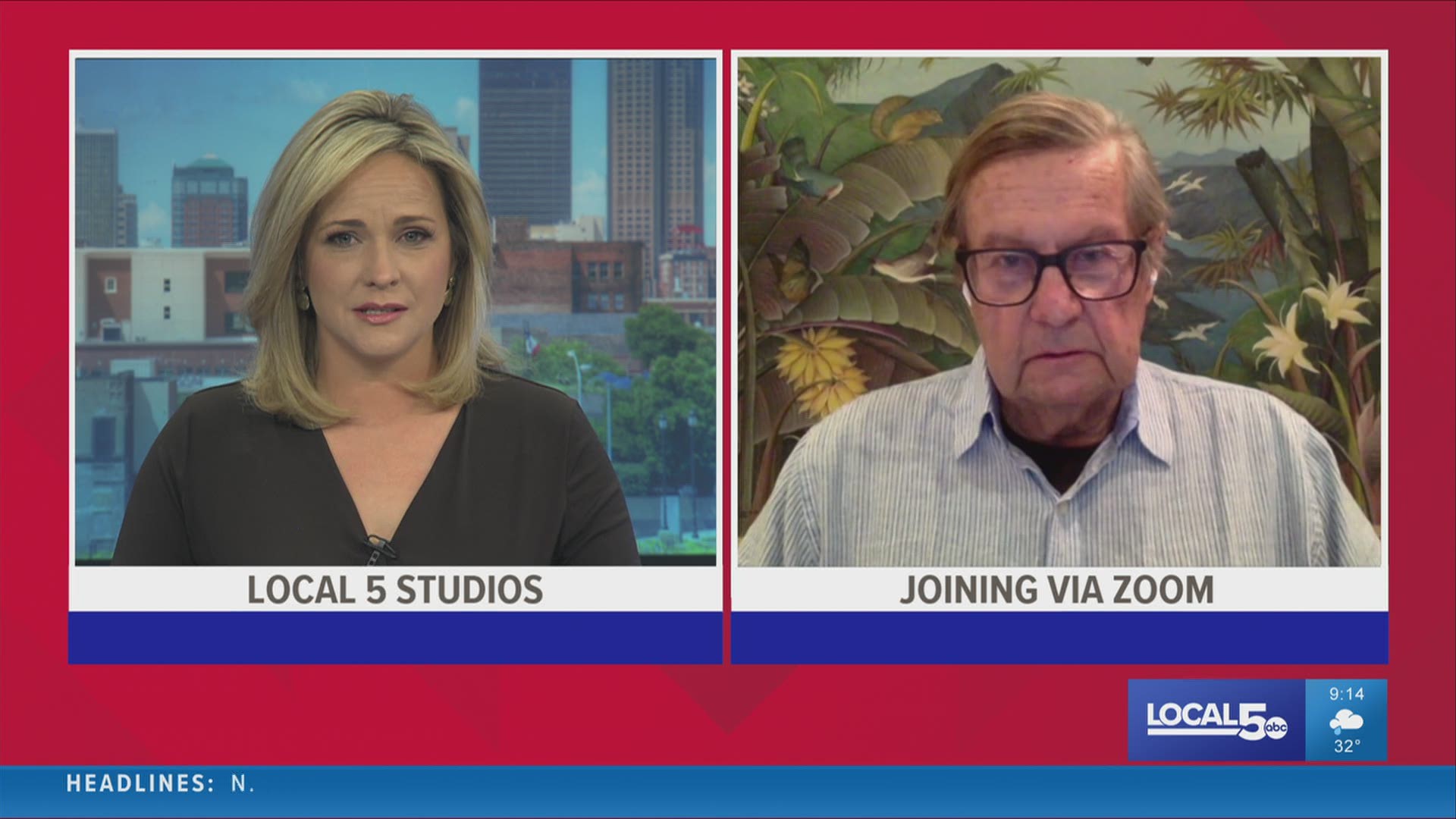 DES MOINES, Iowa — While Iowa's Congressional delegation sheltered in place as mobs descended on the U.S. Capitol Wednesday, other Iowa leaders weighed in on the chaos and what they think it means for the country.

Supporters of President Donald Trump broke through barricades and into the Capitol Wednesday as Congress held a joint session to confirm Joe Biden's Electoral College victory.

Since then, the session has resumed with both the House and Senate confirming Biden's win.

Longtime Iowa Congressman Jim Nussle announced via Twitter that he will no longer call himself a Republican after Wednesday's violence, saying "a final line was crossed."

"The GOP is NO more and left me and others behind," Nussle's tweet reads.

I will no longer claim I am a Republican tonight as I am outraged and devastated by the actions of too many elected Republicans (some I know and served with) and supporters. Today a final line was crossed that I will not excuse. The GOP is NO more and left me and others behind. pic.twitter.com/Ertu4qYqyu

Republican Gov. Kim Reynolds tweeted her prayers to Capitol Police and condemned the behavior of the violence created by Trump supporters.

Standing with and praying for the brave men and women of the U.S. Capitol Police and all who have been endangered by the violence and unrest happening at our nation’s capital. This behavior is unacceptable and not who we are as Americans.

"This is nothing less than an attempt at mob rule," Loebsack tweeted. "President Trump needs to address this situation immediately and tell his supporters this is completely beyond the pale."

What is happening at the Capitol is beyond belief and utterly unacceptable in our democracy. This is nothing less than an attempt at mob rule. President Trump needs to address this situation immediately and tell his supporters this is completely beyond the pale.

A statement from Democratic State Auditor Rob Sand warned, "a very real danger that the insurrection and violence at the United States Capitol escalates in the coming days and weeks."

"When President Trump claims the election was rigged, they must snuff the passion he intends to inflame by stating unequivocally and clearly that Joe Biden is the legitimate winner of the election and that he should be rightly inaugurated on January 20," the statement says.

My statement on today’s events: pic.twitter.com/Og63GKcaWv

Iowa GOP leader Jeff Kaufmann also weighed in on the violence via Twitter, saying that the GOP is "the party of law and order."

"This is NOT a peaceful protest," the chairman tweeted. "I condemn any and all violence toward on our government officials and law enforcement and encourage others to do the same."

We are the Party of law and order. This is NOT a peaceful protest. What is happening in Washington, D.C. is utterly unacceptable. I condemn any and all violence toward on our government officials and law enforcement and encourage others to do the same.

"Their rubber-stamped talking points in the face of insurrection should be a warning to Iowans that our GOP leaders are willing to break down the pillars of democracy if it means they can stay in power," Smith tweeted.

In the four years since Donald Trump’s inauguration speech about ‘American carnage,’ Trump and the Republican Party have stoked the fires of anarchy, hate, and division.

These acts of domestic terrorism must be condemned by all Americans — most importantly the GOP and leaders like Sens. @ChuckGrassley and @JoniErnst, Gov. @KimReynoldsIA and Rep. @RandyFeenstra who are still standing in Trump’s corner by undermining our democratic processes.

Today does not represent who we are as a country. We must be better. Our nation is counting on us. Our thoughts are with the members of Congress, their staff, Capitol workers, and those working to defuse the situation.