The mother alleges her child has come home with bruises after allegedly being bullied by other students due to an unsafe walking path to school. 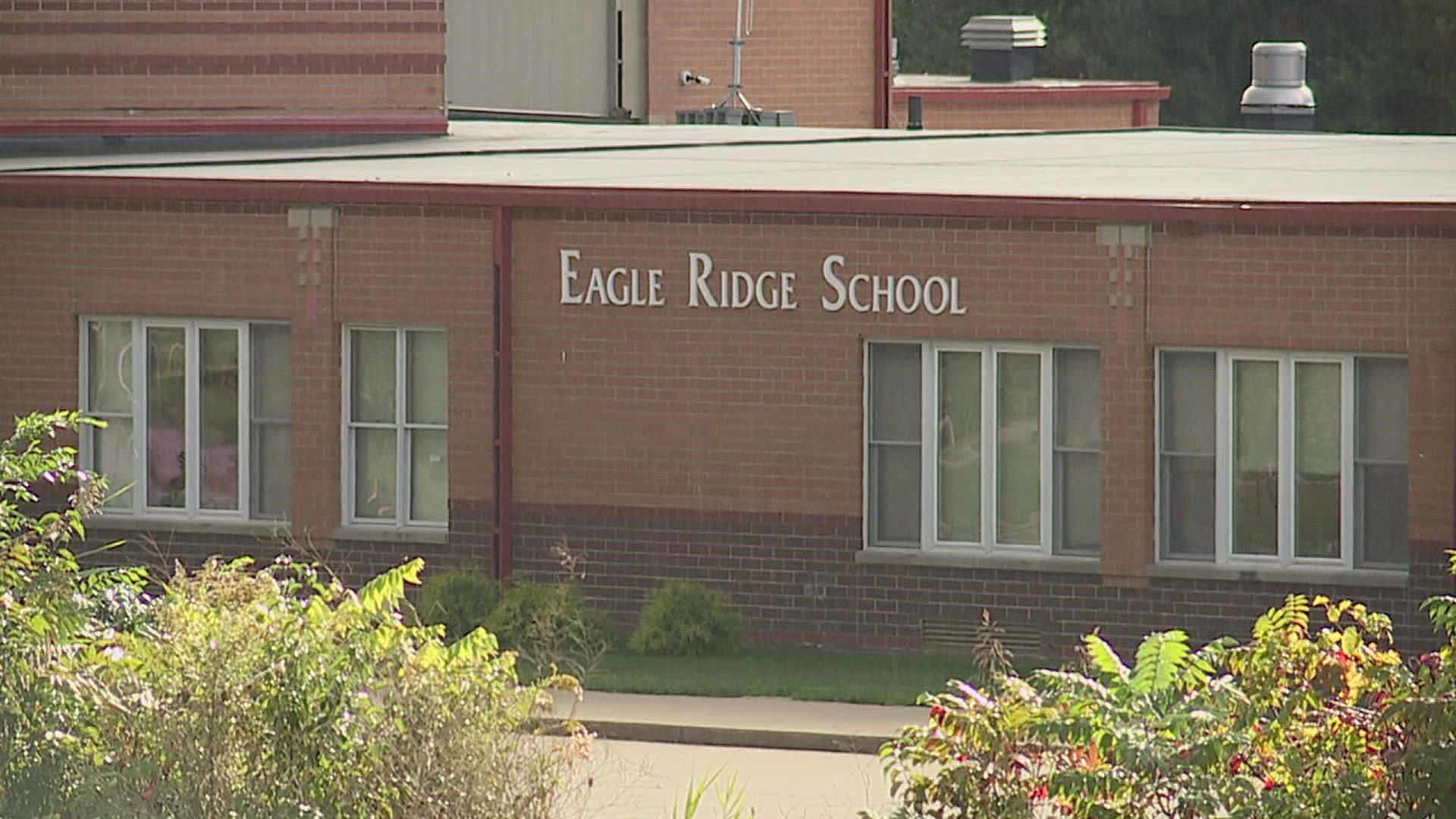 SILVIS, Ill. — A mother in the Carbon Cliff-Barstow School District is calling on her child's school to do more with a policy.

It's over making a safer route for her son and other kids to walk to school.

The mother alleges because of the path, her child has come home with bruises after allegedly being bullied by other students.

Alexa Meraz said she has been driving her son who's in kindergarten to Eagle Ridge School in Silvis every day.

He took the district's school bus while in pre-school, but he cannot this year.

"He shouldn't have to walk through the fields and wooded areas by himself," Meraz said. "It terrifies me. I don't want to send him to school in that condition."

Since Meraz lives within a 1.5-mile radius from the school, the district does not provide bus transportation.

Those are just some of the reasons why she feels the district needs a better plan for students who have to walk.

Lawson said there's one sheriff's deputy and principal on the path to school.

Meraz said that's not enough and it's causing mounting problems.

"He has come home almost every day with bruises, scratches, marker all over his face," Meraz said. "Older kids are persuading the younger kids to do things that they shouldn't be doing."

Meraz said her child was verbally bullied by older students while in pre-school and now it has turned physical in kindergarten. She also said her child has reported multiple incidents of bullying on the school's playground, but she said it has not been addressed. She said the district has not taken her claims seriously.

"It's kind of been just brushed off," Meraz said.

Another parent who wanted to remain anonymous told News 8 older students were using branches to hit her younger kids in the field area. This parent also said her child was punched several times while walking home.

"My child should be able to walk safe and sound coming home from school," the parent said.

"Bullying happens, I don't support bullying, but it does happen," Lawson said.

Meraz said she would like something done so her child and other kids are not being put in harms way.

The district said it's doing all it can to keep safety a priority.

"We'll do whatever we have to do to make sure all children are safe when they come to school and when they're departing from school," Lawson said. "No student should be bullied, harassed. Any type of discrimination whatsoever."

Meraz said there are other students being bussed, who live within the 1.5-mile radius. She feels the district is not being fair because of socio-economic backgrounds. She asks the district to add a staff member along the walking route.

The only exceptions to the policy are students in preschool or with special needs, according to Lawson.

The district said the state board of education found it to be complying with state school bus policy.

Due to funding and staff, the district said it cannot make other accommodations.

Carbon Cliff-Barstow School District has a total of 286 students pre-K through 8th grade and 40 staff members.