Five-year-old Aurora Beard has been fighting the disease through therapy. She received an opportunity to roll through the bases as a reward for her hard work. 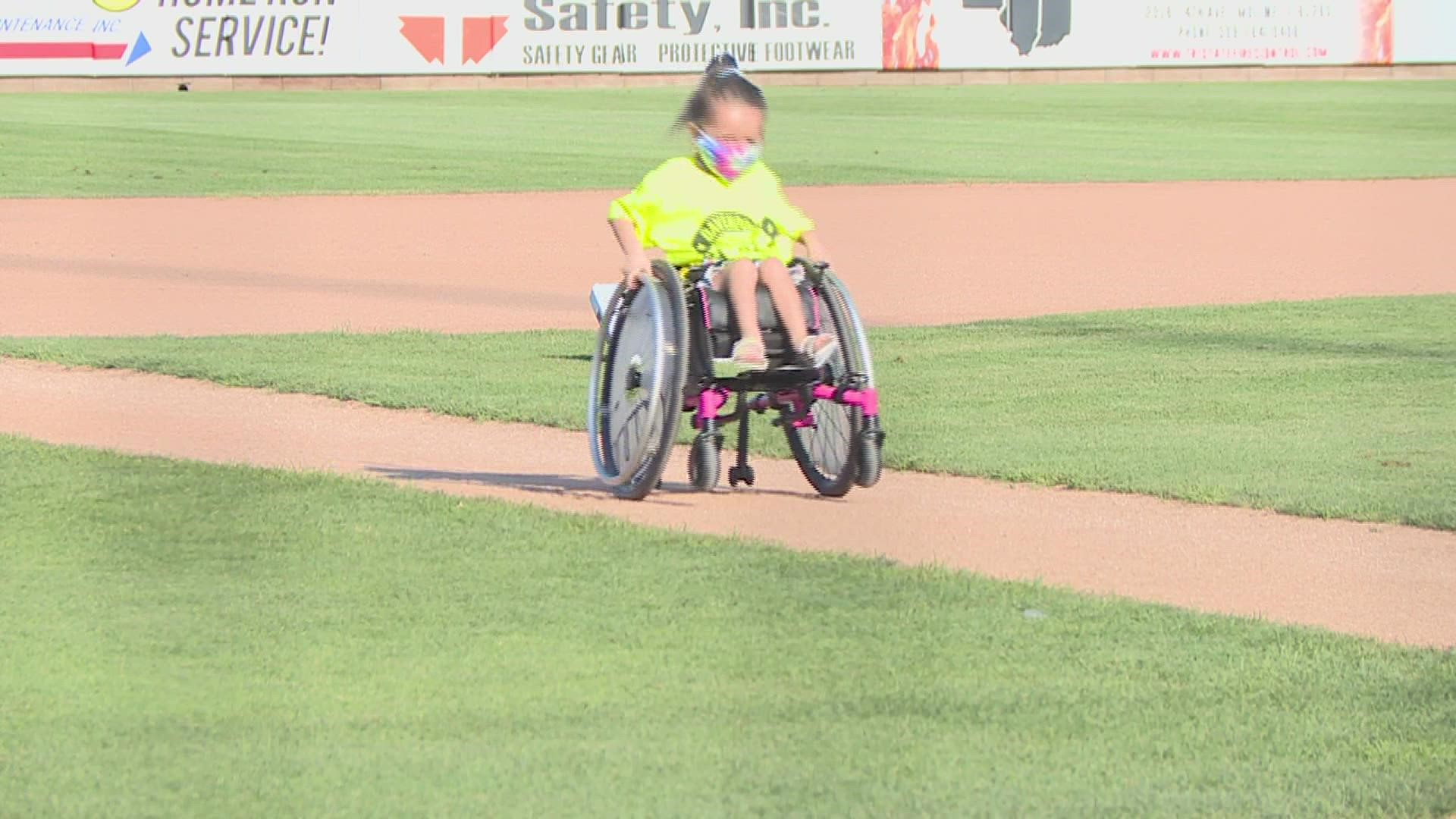 Aurora Beard is a light in the room everywhere you see her. As she's getting around, you'll mostly find her in a wheelchair.

"We modify anything we need to and make sure we can make things fun for her," mother Angela Beard said.

Angela is always by her daughter's side. Aurora was diagnosed with spinal muscular atrophy, in which she cannot walk or stand.

"After you grieve a little and have that disbelief, then you get the fighting in you," Angela said.

That fighting has come from therapy. Aurora is now learning how to crawl and hold onto things.

"That can be a huge blessing, but it also changes where you have to accommodate and make sure things are accessible," Angela said.

Aurora has been gaining skills in the last three years which has also helped build her confidence.

"Just for her to be a kid; for her to feel accepted and able to do whatever she wants to set her mind to," Angela said.

Aurora's hard work was rewarded Friday, August 27 at Modern Woodmen Park. She was chosen to take a ride around the bases at a River Bandits game. It was an experience turning her challenges into memorable moments.

"It was sad in the beginning, now she's happy, she's healthy and we're happy," Angela said. "Now with medicine and therapies, she's at a really good outlook."

Aurora will be marking many more home runs as she rolls through the obstacles one day at a time.

"Walking is something we work towards, but we don't know what the future holds, we just work for whatever we can get to," Angela said.

Aurora will be going into pre-school this year. She takes therapy through Genesis Outpatient Pediatric Therapy (GOPEDS). It includes gym workouts and pool sessions for Aurora on regular basis.