A statue in Salisbury, a monument in Gaston County and a school in Charlotte are all being looked at. 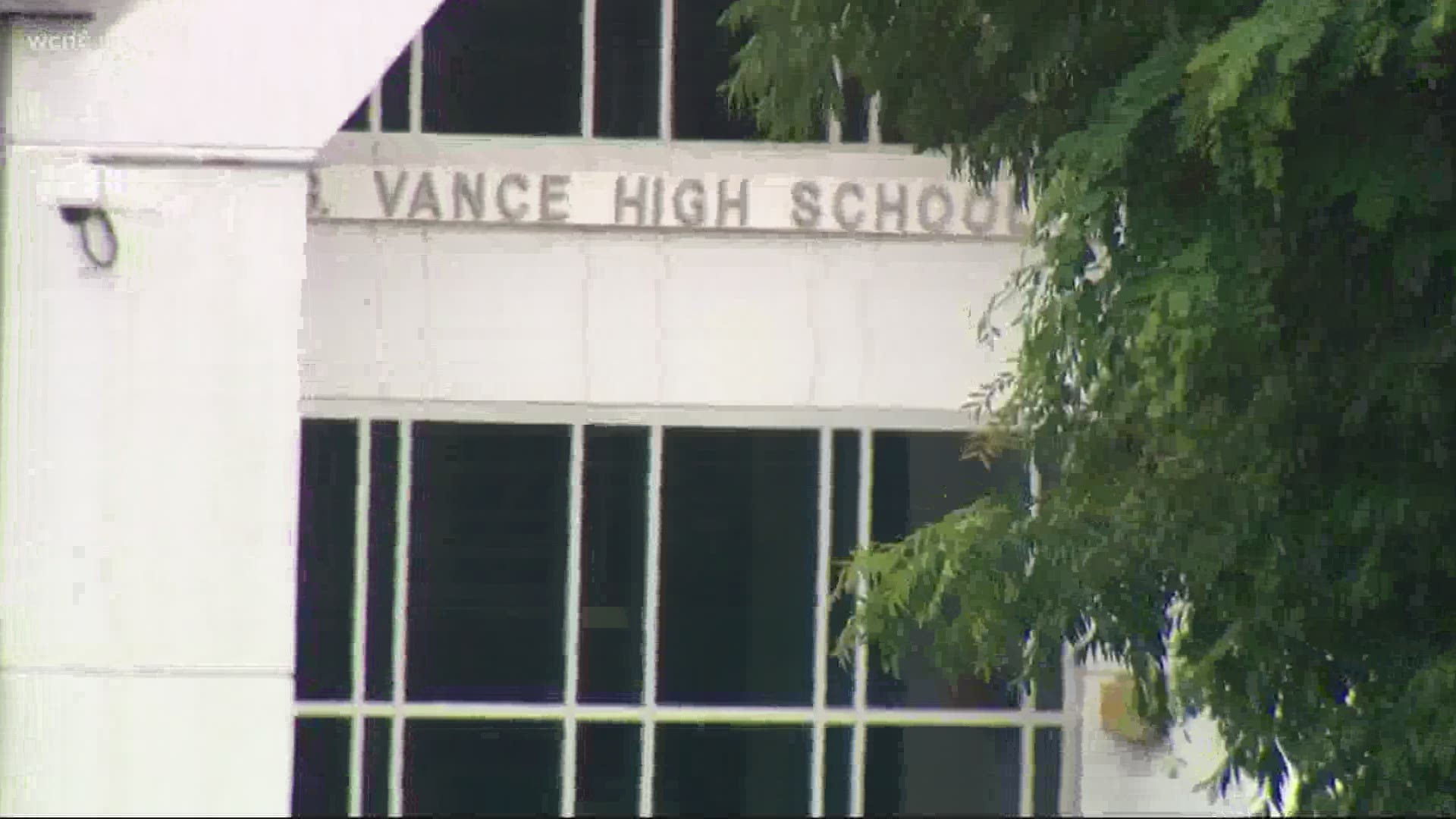 CHARLOTTE, N.C. — There are several monumental changes coming to confederate symbols in the Charlotte area.

Monuments across the country have come into question following the death of George Floyd and recent protests and there are several counties and organizations taking action.

In Salisbury, the Fame statue in the heart of downtown will be moved. The statue has been a point of contention for years and at Tuesday night’s council meeting, officials said during the recent protests, it became a threat to public safety. It will move a half-mile away to a cemetery where Confederate soldiers are buried.

For some, it’s viewed as a symbol of heritage.

“It’s sad. It's a sad day in Salisbury,” said Scott Atkins. He was snapping pictures of the statue, depicting an angel holding a confederate soldier, before it leaves the intersection of Innes and Church Streets.

The statue, owned by the local chapter of United Daughters of the Confederacy, will be moving a few blocks away to the Old Lutheran cemetery.

The statue will have more context there, among rows of headstones for Confederate soldiers. The City will cover the cost of moving it if the owners agree. The statue has to be moved within the next 30 days.

In Gaston County, Commissioner Ronnie Worley is pushing to have a confederate statue in front of the courthouse moved. He wants to start a committee of veterans to relocate the monument to a more appropriate location.

“I was talking with an African American gentleman and he spoke to me very cordially. We had a good conversation and he said when I come here to this courthouse seeking justice, and I look at a monument that is a symbol of injustice, I’m not sure I get a fair shake in this building,” said Worley.

The CMS Board of Education is taking a look at the names of schools in the district and will start the process of changing the name of Z.B. Vance High School in North Charlotte.

“I have twin 2-year-olds and I want them to be able to go to a school system when they're a little bit older that’s more racially inclusive," said Marisha Avery who started a petition to have the name changed. "That’s not just named after confederate generals but that have names that represent all of history and not just one part of it."

Zebulon Vance is a significant figure in North Carolina history, but parts of it are troubling.

“To have a school named after a Confederate officer who fought hard for slavery and who I believe even after the civil war defended slavery, that’s not cool for the kids who go to schools there,” said Elyse Daschew, Chairperson of the Board of Education.

At next Tuesday’s meeting, they will start the process to rename the school and the community will have the opportunity to participate in choosing the new name.

RELATED: 'It’s time for a change' | Dozens gather in Fort Mill's Confederate Park calling for repeal of the Heritage Act

“We have a lot of work to do in our community and in our schools to reduce inequity to get rid of racism to reduce opportunity gaps to make our schools a place where every student can live up to his or her potential,” said Daschew.

She said this is symbolic and the first step towards the change that needs to be followed up with action.

The school board will look at the names of all of the schools in the district and decide what others need to be considered for change.

Daschew said she thinks there could be a new name for Vance High School by next school year.