#LaunchAmerica team gets 'go for launch' from NASA, SpaceX managers

The launch is scheduled for Wednesday from Kennedy Space Center in Florida. 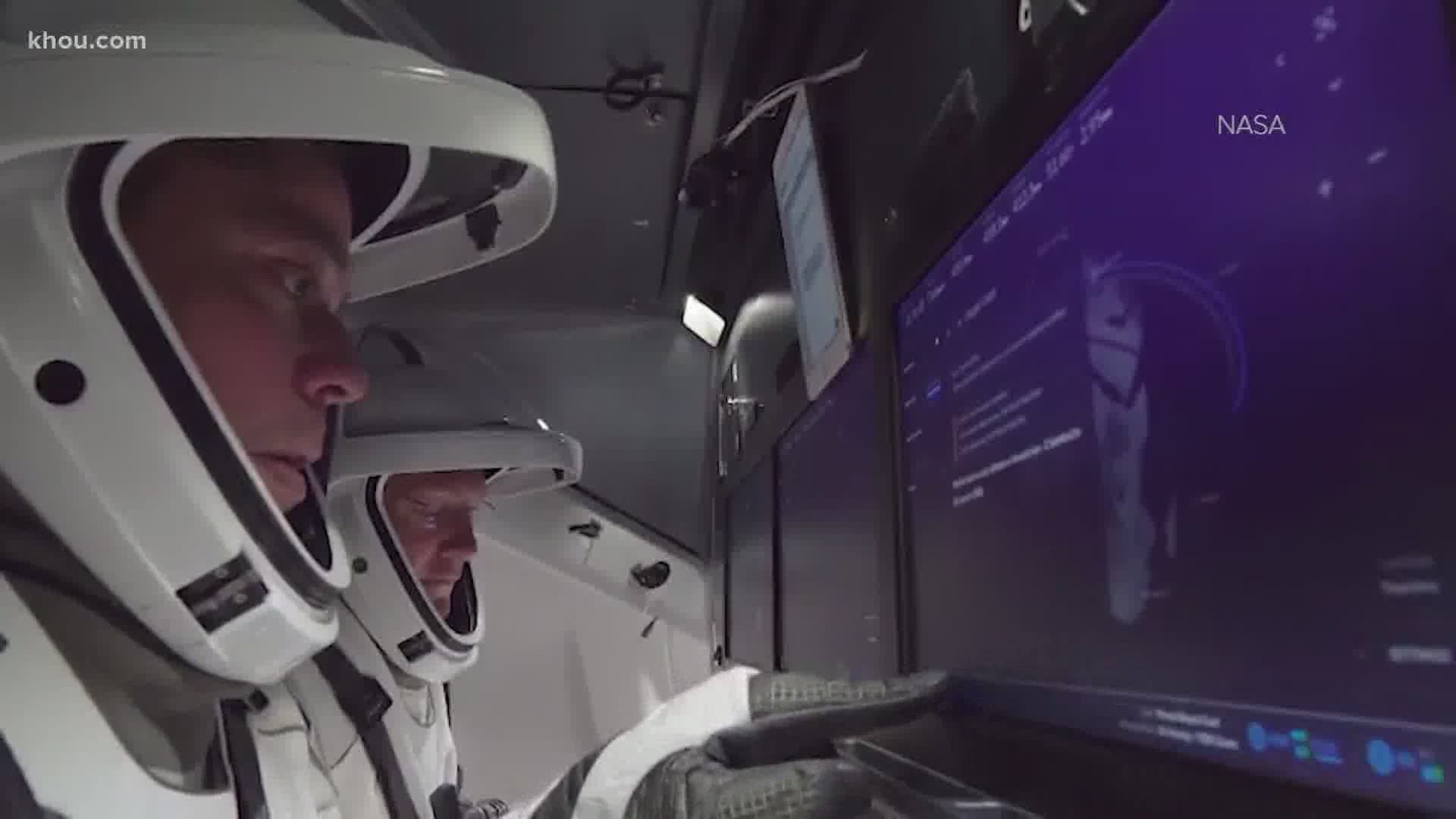 HOUSTON — NASA officials tell KHOU 11 News NASA and SpaceX managers have given the "go" for launch of the Demo-2 mission.

She said the full crew launch day checkout went smoothly and ahead of schedule.

"From the crew's perspective, we're happy. It was a very thorough review," said Knight.

The "go" is another major milestone ahead of Wednesday's scheduled launch, which will return human spaceflight to the International Space Station from U.S. soil on an American rocket and spacecraft as a part of NASA’s Commercial Crew Program.

Astronauts Bob Behnken, and Doug Hurley will fly the SpaceX Dragon capsule to the ISS.

The Dragon will be the third vehicle ever to deliver humans to the space station.

Liftoff of the SpaceX Falcon 9 rocket and Crew Dragon spacecraft, carrying NASA astronauts Robert Behnken and Douglas Hurley, is scheduled for Wednesday, May 27, at 4:33 p.m. EDT from Kennedy’s Launch Complex 39A.

RELATED: How Falcon 9, Crew Dragon will propel astronauts into space

The big question is if the weather in Florida will cooperate on Wednesday.

In a prelaunch news conference, managers from NASA, SpaceX, the ISS, and the 45th Weather Squadron addressed the weather parameters required for launch at length.

"It's trending better over the last day or two," he said. "I'm very happy we're not launching today."

He expects the front to clear out some moisture, and that they "have some hope" for launch day, that by then the current low-pressure system will be further away.

Hans Koenigsmann, vice president of Build and Flight Reliability for SpaceX, said the final call on whether to launch can come as late as 45 minutes before liftoff, when crews arm the "escape" system. He said they monitor the weather for hours leading up to then.

If the launch is "scrubbed," or postponed, there are two backup dates, May 30, and May 31, which line up with the orbit of the International Space Station.

Wave heights and wind speeds play a factor not just in the launch, but also if the crew needs to abort for any reason.

Behnken and Hurley have been training for this mission for five years, traveling back and forth between Houston and Hawthorne, Calif. where SpaceX has its simulators.