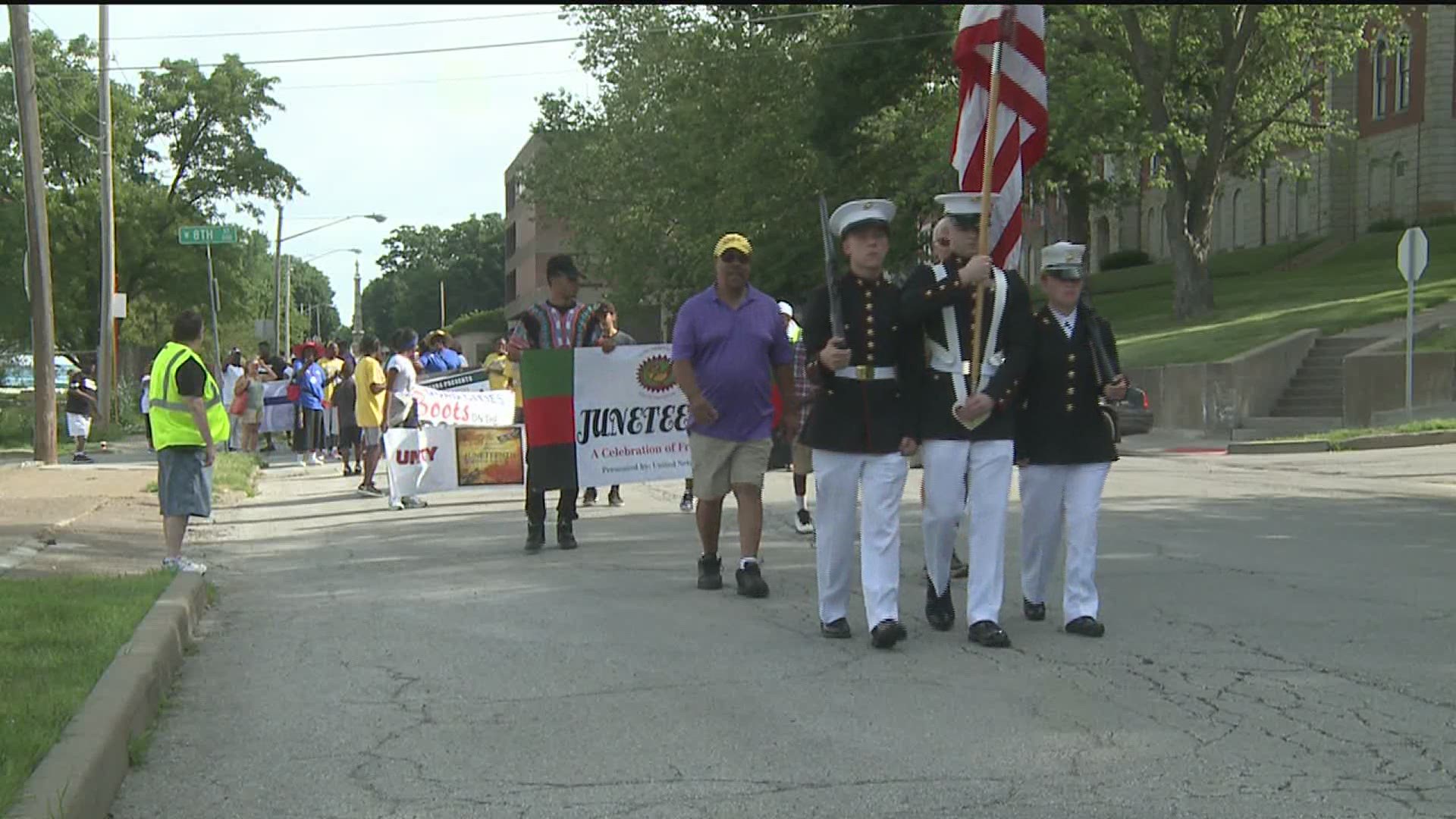 GALESBURG, Ill. — June 19th, also known as Juneteenth, recognizes the day the last of America's slaves found out they were indeed free in 1865.

The day is normally marked with celebrations in Galesburg, but event organizer and Knox College's Professor Fred Hord says the COVID-19 pandemic cancelled their plans.

Professor Hord says he and his wife Terry first brought that message to Galesburg in 2002.

"We had the first celebration at lake storey, and it had a serious part to it," he says. "It had a book sale to it and young people doing poems, just things to raise the level of consciousness."

"It says in spite of what happens people are gonna persist and go on and claim and win victories," he says. "But it also says at the same time, these celebrations come out of a horrible history."

It's history that he knows isn't too far off in the past.

"My grandfather was born in 1863," Professor Hord says. "That was just after the Emancipation Proclamation and before Juneteenth."

Even though some events like his are put off this year, he's encouraging everyone to dig deep and learn more.

"Unless we find a way for people to understand why we're really celebrating this and why it's important that we know this bad stuff, its gonna go away," he says.

To get the opportunity to learn more about Juneteenth and celebrate, Knox College made this day a holiday for its staff.

"We encourage people to listen to a different podcast with different perspective that you don't normally listen to," Dean Michael Schneider says. "We could take this time and use it for reflection, a shared reflection as an educational institution."