This is the first time Castro has cracked the top tier of Democratic candidates. 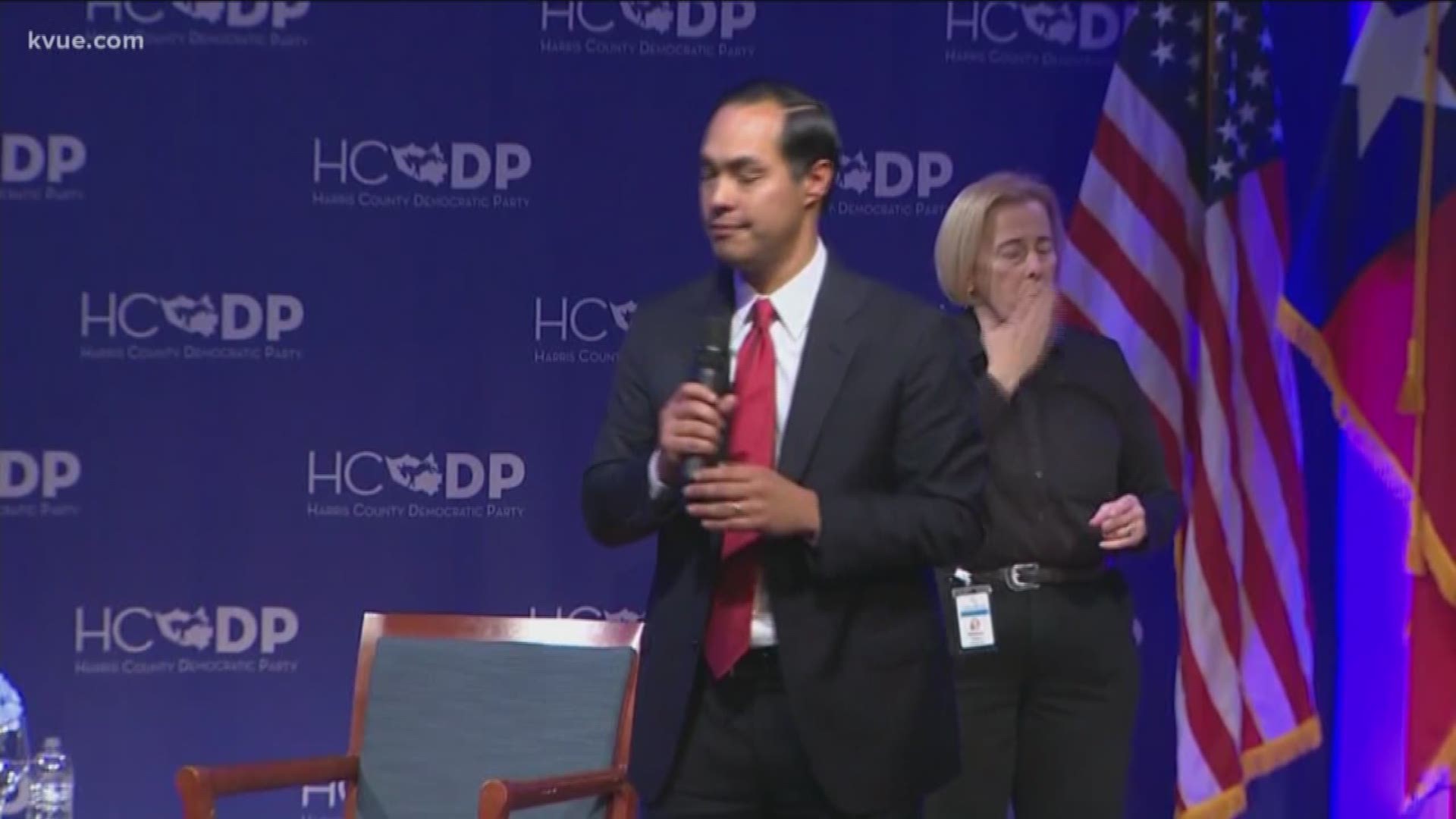 AUSTIN, Texas — In a new poll by ABC News and the Washington Post, results are in for the leading candidates in the Democratic Primary.

For the first time, Julián Castro has reached the top tier of candidates, sharing the fifth-place position with Mayor Pete Buttigieg.

Credit: ABC News/Washington POst
Julián Castro makes it on the top 5 in a new poll.

Castro registered in the low, single digits with only 4%. Following behind are Amy Klobuchar and Beto O'Rourke with only 2%.

According to a report from our partners at the Austin American-Statesman, Castro reportedly received a newfound momentum to his "standout performance" at the first two Democratic debates last Wednesday. Castro also raised about $1 million during what he considered the best fundraising days of his campaigns.

The ABC News/Washington Post poll was conducted by landlines and cell phones between Friday and Monday. In a random national sample of 1,008 adults, in English and Spanish, results had a sampling error of 5.5 points.

You can read the full poll results here.

2-year-old killed during home invasion near Houston; suspects on the run