The organization reports that Butler is dismissing remaining charges after reaching a settlement with two of the officers involved in his wrongful arrest. 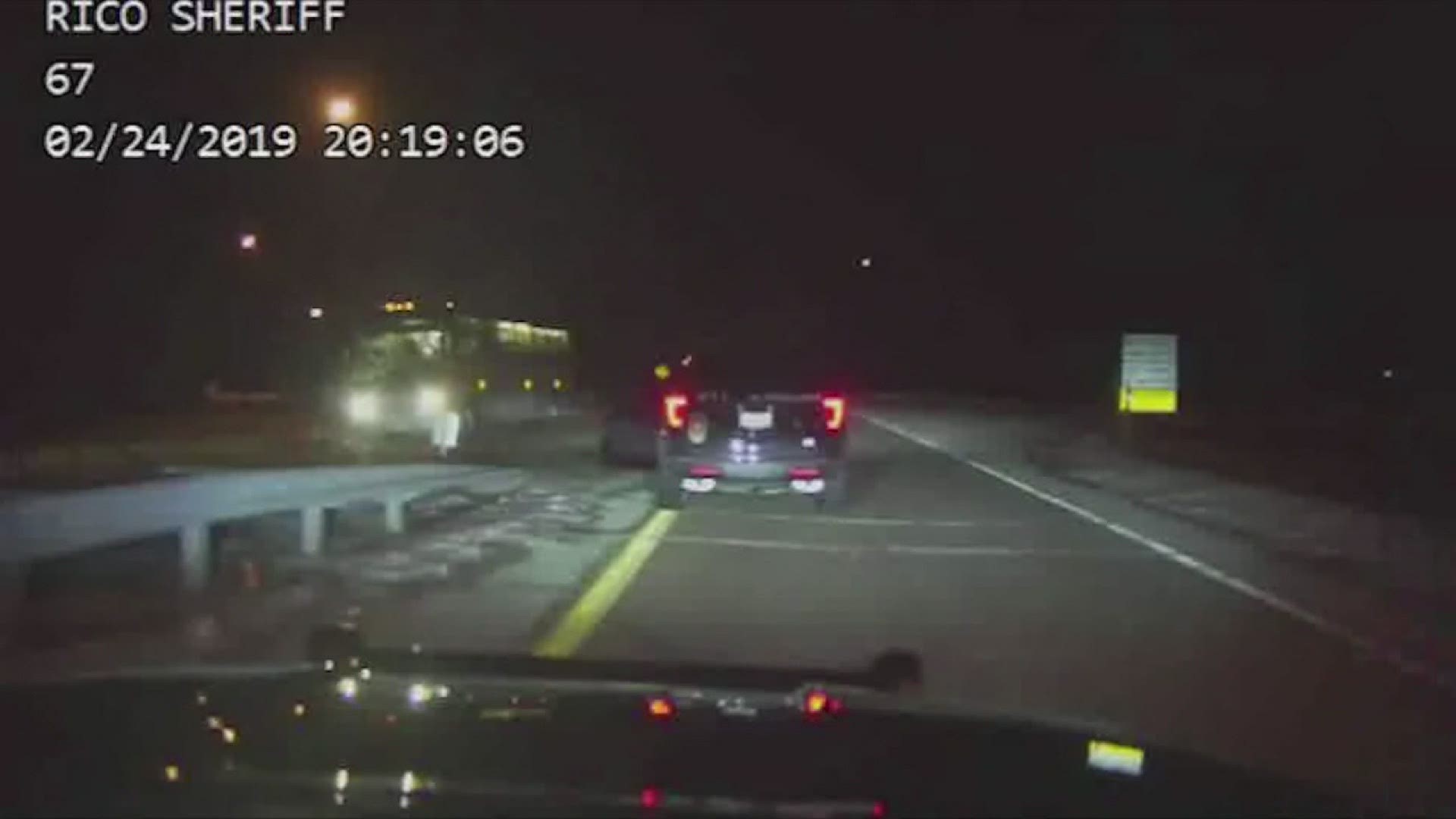 A settlement has been reached in a lawsuit that stemmed from February 2019, when a 19-year-old Eastern Illinois University student was detained at an Interstate 80 rest stop as police were looking for a suspect in a shooting.

The ACLU of Illinois announced the resolution on Tuesday, May 18 in a news release, featured statements from the group and Butler himself.

The organization says that Butler has filed to dismiss remaining claims in the Butler v. Staes, et al. case after reaching a settlement with two of the six officers involved in the February 24, 2019 incident.

The ACLU, on Butler's behalf, began the suit against the East Moline and Hampton Police Departments, as well as the Rock Island Sheriff’s Office, in January 2020, almost one year after Butler was was briefly arrested at gunpoint by officers from the three agencies outside of an I-80 rest stop, where his EIU swim team's charter bus was parked, before they realized that he was not the suspect they were searching for.

Butler alleges that officers arrested and handcuffed him at gunpoint, pinned him to the ground by the neck, and threatened to kill him, while the bus driver was repeatedly telling the officers that they had the wrong man.

Notably, HPD released footage from one of the officer's body cameras, but it featured a large, 50-minute gap in recording, which included the entirety of Butler's arrest.

The lawsuit claimed that officers arrested Butler on false pretenses and with excessive force. The American Civil Liberties Union said Butler started seeing a therapist to address the trauma and depression he endured following the incident.

The ACLU's press release did not state who Butler reached settlements with, what departments they're from, and what the details of the settlement are.

You can read the statements from the ACLU and Jaylan Butler below.

Statement from the ACLU of Illinois

“We are pleased to announce the successful resolution of Butler v. Staes, et al., a matter first filed in January 2020. We filed this case after our client Jaylan – an innocent college student returning from a swim meet on his team’s bus – was taken to the ground and had a gun held to his head by police officers. After reaching a settlement with two of the officers who directly interacted with Jaylan on that fateful evening, Jaylan has filed a stipulation to dismiss the remaining claims.

We filed this case to seek accountability for Jaylan and to raise awareness of the degree to which traumatic police interactions harm individuals, even when the person harmed is able to walk away. We believe, and Jaylan concurs, that our actions to date have satisfied those goals. Now, Jaylan can put this matter behind him and continue his private life as a student, athlete, and young man.

We are so pleased to have worked on this case, and to represent Jaylan as he pursued accountability for the actions taken against him by police officers. Jaylan was determined to ensure that his experience would not simply fly under the radar the way abusive police interactions with young Black men often do. Despite all of the challenges of the last year, Jaylan has remained committed to this quest for accountability – both for himself and for the wider community – and continues to seek to ensure that police officers treat young Black men like himself with dignity and respect.

We thank our co-counsel at Sidley Austin and all of those who have been part of the legal team supporting Jaylan. We also thank Jaylan‘s family for their support and partnership at every step in this process. We wish Jaylan the best of luck in the future and are pleased that this matter has been resolved in a positive fashion.”

“The memories of that night being pressed to the ground, with officers swearing at me and a gun pointed at my head, will remain with me forever. But I know that unlike other Black men who have been stopped and manhandled by police, I got to go home. For me, this lawsuit has always been about holding the officers accountable for their actions that night. I believe I have accomplished that goal. As a result, I am happy to dismiss the suit and move forward.

I want to thank all of the people from across the country who were supportive of me during this time. I value your well wishes and words of appreciation more than I can say.

The end of this lawsuit is not the end of the fight for police accountability. We must ensure that officers are held to account when they violate someone’s constitutional rights. This is an effort that I will continue to support for the rest of my life.”