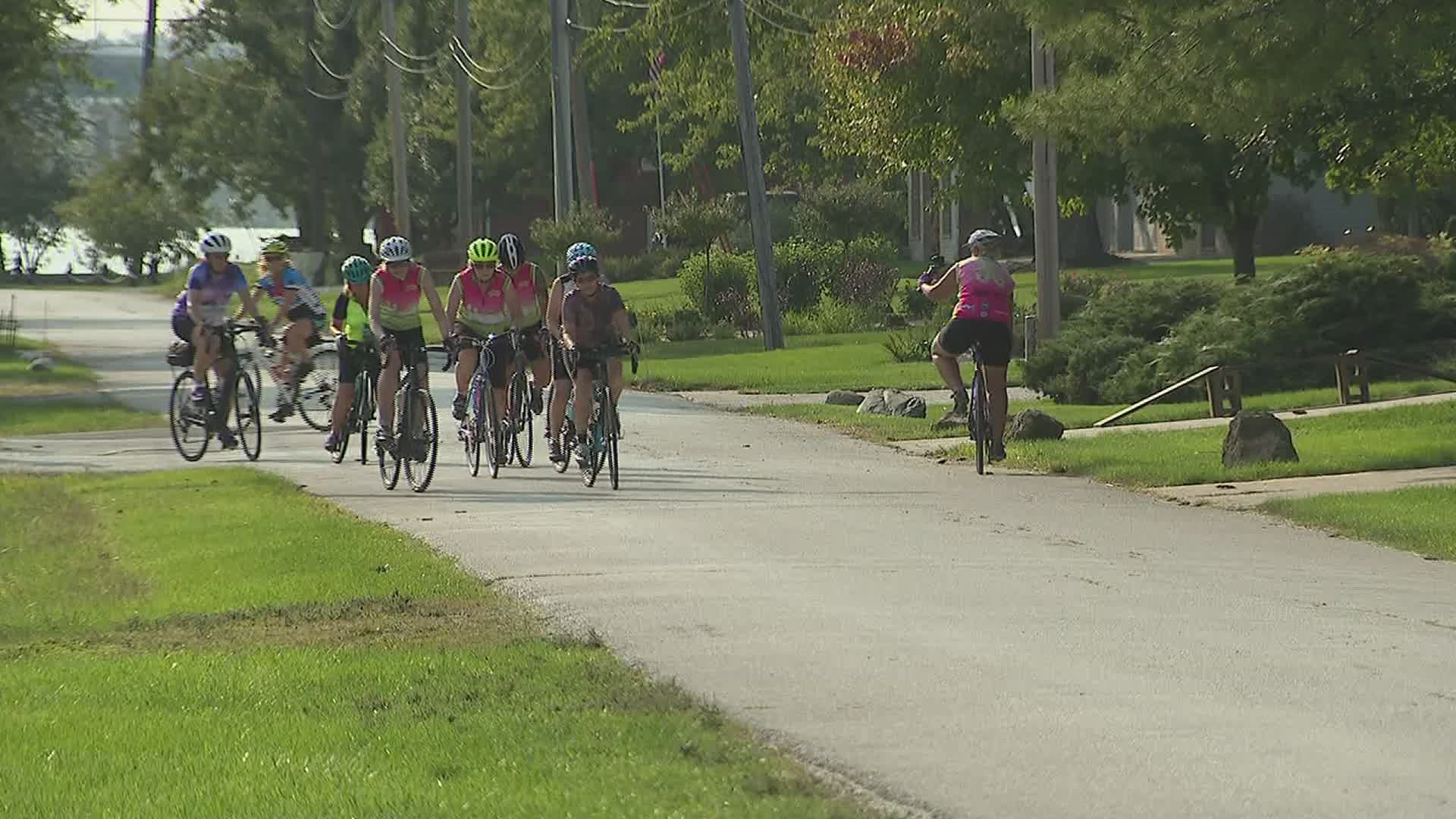 PORT BYRON, Illinois — The Quad Cities Bicycle Club's Tuesday night ride took off on one of its last rides of the season tonight, September 22nd. This year, has proved itself different for the club and riders.

"We got a handful of new ladies riding with us, and we've found women in our group that have been here for years are riding more frequently," QCBC Ride Coordinator Cynthia Quinn-Smith says. "They're not going out of town, and we're all here."

She says the fresh air, exercise and social interaction keeps the women coming back.

"We'll ride our miles and then stop somewhere for a burger, a beer, or glass of wine," she says. "We sit and visit. It's great fun."

Other riders call the weekly ride a sense of normalcy, nearly untouched by the pandemic.

"It's just getting out of the house, getting exercise and the camaraderie," Member Kathy Ramp says. "It's been great for the mental health."

Bicycle sales are also impacted by the pandemic. Healthy Habits QC Owner Bruce Grell says there is an increased demand for bikes locally and nationwide.

"(Since March) bicycles became some of the hottest selling things on the planet," he says.

Grell says he's never seen business boom like this before since opening his shop.

"We haven't sold as many bikes in a month that we did from April to June," he says. "Those were equal to some of the years back when I bought the bike shop back in 1999 and 2000. It was pretty amazing."

While other local shops sold out, he overstocked his inventory early on. The shop is now at about 25 percent of its bike capacity and sold out of kids' bikes.

"We hope there'll be a whole new generation that's into biking," Grell says.

The ladies in the QCBC Tuesday night ride say the bike path has been overflowing with bikers and walkers all summer. About five new women have joined that ride, with membership slightly increasing throughout the club as well.