Hy-Vee donated more than 700 boxes of Pop-Tarts and about 2,000 cans of corn to Peyton's Pantry. 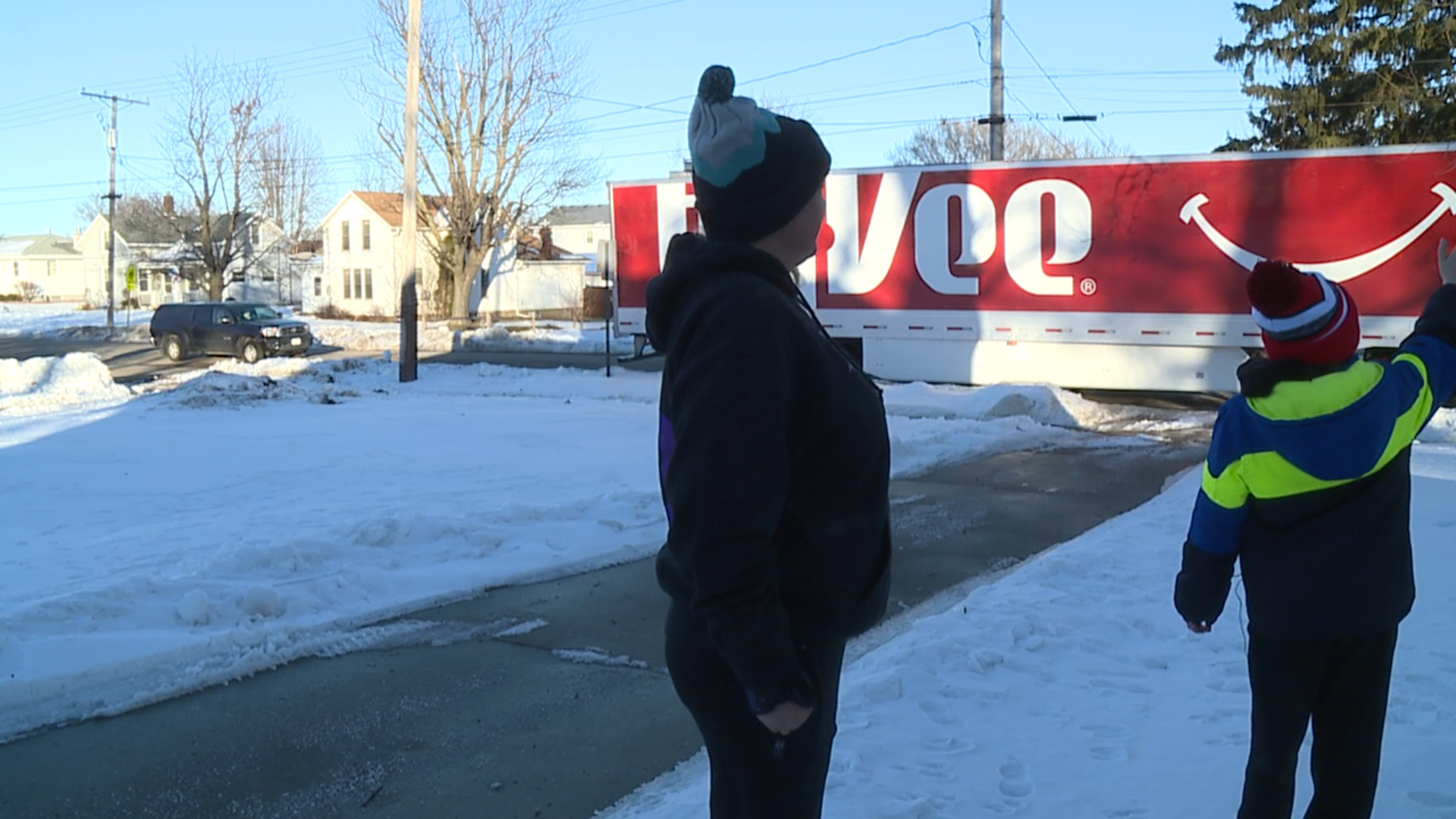 A Hy-Vee semi-truck rolling through Muscatine didn't make a scheduled delivery, but a surprise one for a local 10-year-old. Peyton Story jumped with excitement when he found out the grocery store chain was donating free food to his pantry.

"I saw the huge semi-truck and I was wondering 'What the heck is going on?'" Peyton says.

Inside the truck, there was more than 700 boxes of Pop-Tarts and just over 2,000 cans of corn from the Muscatine Hy-Vee.

"I'm going put them in my pantry and hold some of the boxes for spares when I do need to refill," Peyton says.

Peyton started his food pantry at his mom's laundromat last November, using extra birthday money to stock the shelves at first. Since then, the community has chipped in to help, raising more than $1,600 for the fourth grader's project. 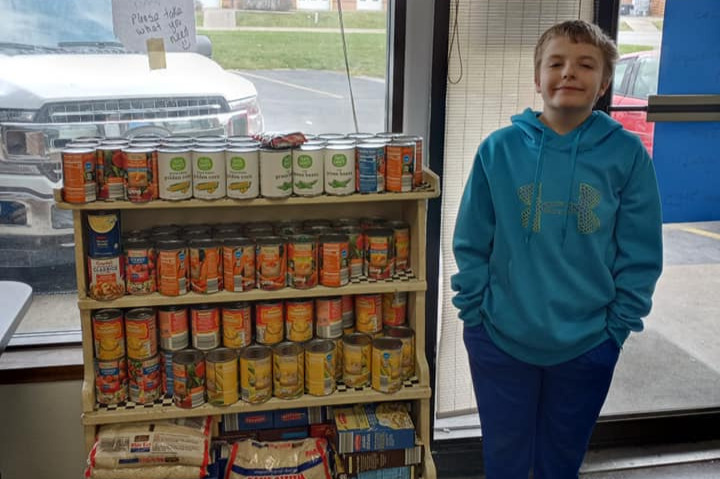 Peyton's Pantry and Giving, organized by Tabitha Story
Peyton's Pantry is something that was created by my son Peyton. Due to covid he was unable to have the birthday party he really wanted with all of his friends. He loves getting mail so I posted for people to send him birthday cards to cheer him up.

"Peyton is a bright, young little man that we wanted to help out," Store Director Matt Schweizer says. "This is a cool thing to do at his age."

"I think Peyton has stirred up some attention, and I bet there are more donations to come," he says.

Peyton's mom Tabbi says she and Peyton have learned a lot while keeping the pantry stocked, leading up to Thursday's surprise donation.

"This donation is something that I never, ever though would've happened," she says.

Tabbi says she's proud of her son, helping a few local families with personal shopping trips and looking forward to his new goal.

"He amazes me every day, every single day," she says.

Peyton hopes to take his mission right to those who need it most.

"Now I'm going to go to homeless shelters and churches," he says.