The Iowa DOT says a pilot program could be up and running before the end of the year. 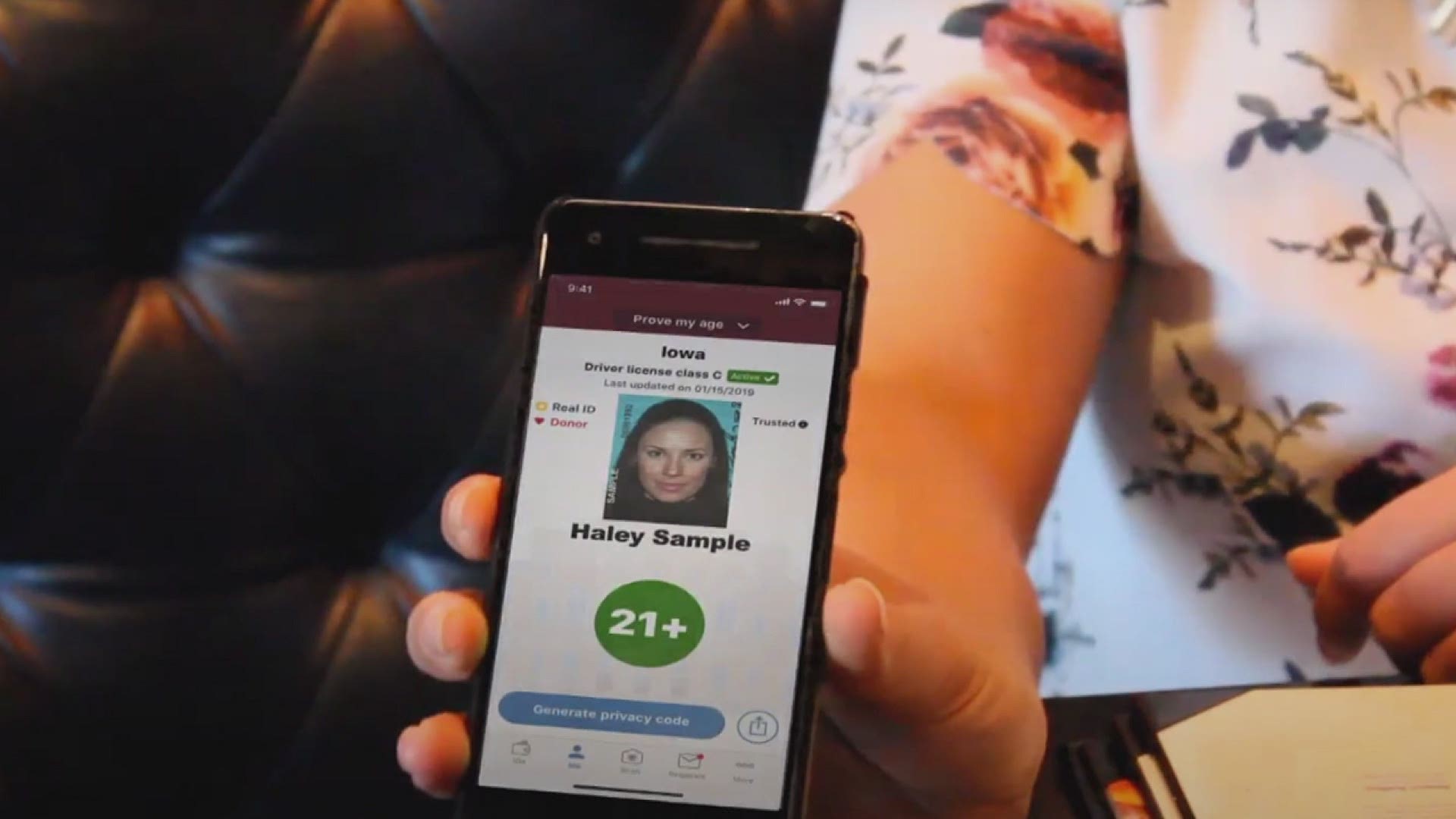 DAVENPORT, Iowa — Iowans could soon have fewer trips to the DMV. The Iowa DOT has been working on getting a mobile ID program up and running for several years.

IDOT plans to roll out a pilot program for digital IDs by the end of the year. It was previously tested in 2016.

With this program, people would still get a physical license or ID in the mail, but they could download an app so to view their card and change their information right on their phone.

Melissa Gillett, Iowa Motor Vehicle Division Director, says convenience is the biggest reason behind the program. Many people have their credit cards, banking info and other credentials on their phones already.

"We are making sure that the end product is right and that it's secure, that it adheres to the standards and that it will function as its intended," she says.

"It's time for us to actually wake up as citizens, and define how we want our personal data to be used and shared," says Beth Tinsman, CEO of Twin State Technical Services.

She says there are big benefits and big concerns with digital IDs.

"We're in a new area with digital safeguards, and we know that it's a balance between convenience and protection and safety, safeguarding your own identity," she says.

Tinsman says the information on a digital ID or drivers license is already stored electronically with the State of Iowa, protected behind encryption and firewalls. But she adds your phone could be a new way for hackers to get your info.

"It's dangerous if someone can try to find a way to pick it off your device and access it," she says.

Gillett says security is part of why it's taking a long time to roll the program out. The information on the app isn't stored remotely in the cloud or on a server. It's also encrypted.

IDOT says the phone app would be free for Iowans for the first year. After that, they would need to pay for a subscription at less than $5 a year.

Gillett says the up-front costs for the program total about $600,000 with $100,000 a year for upkeep and maintenance after that.