Two strangers have given a local ER doctor on the front lines a home away from home amid the coronavirus pandemic. 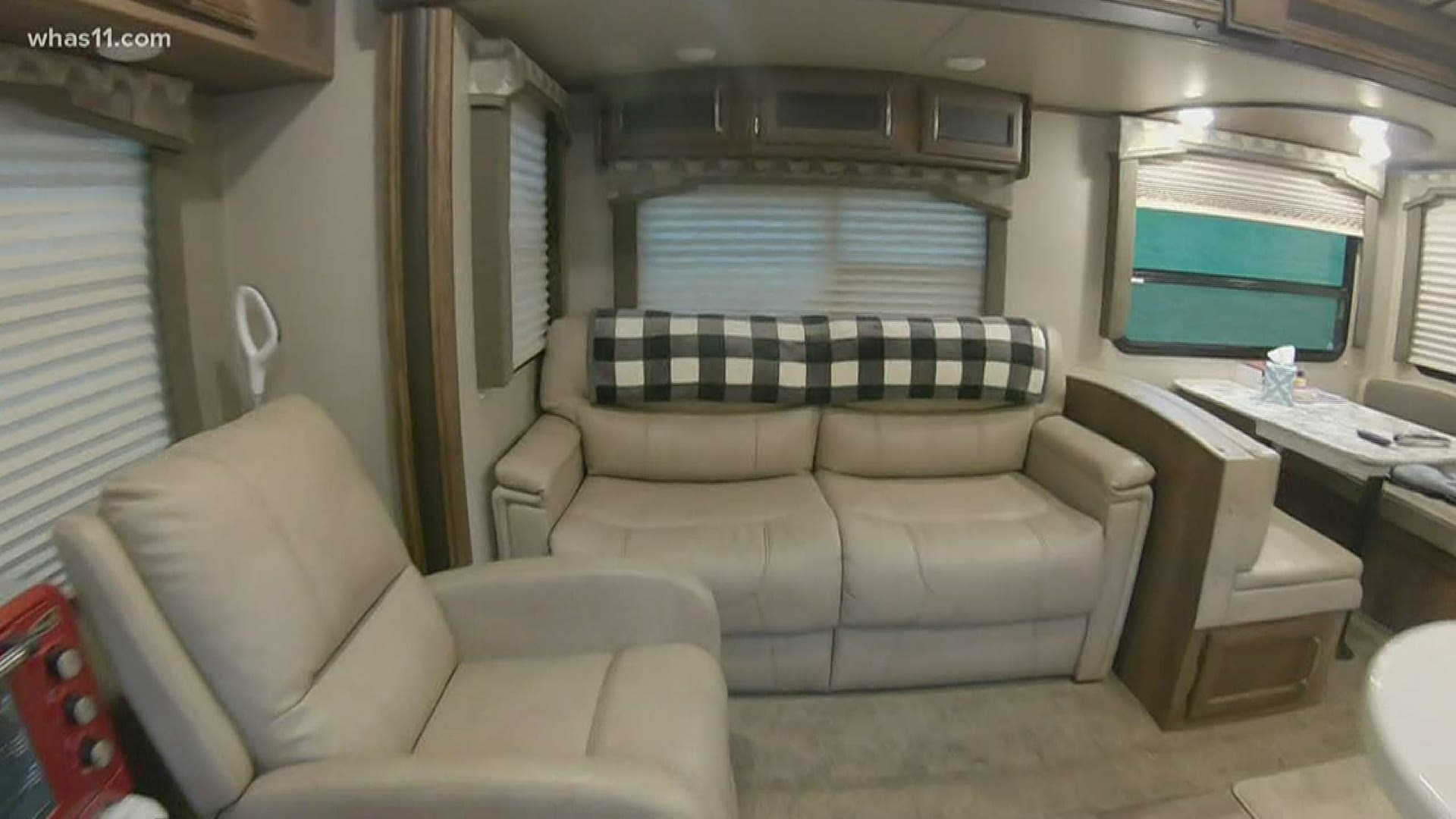 LOUISVILLE, Ky. — Anyone can bring a glimmer of hope to someone else, when they need it most.

The smallest gesture to one can mean the world to another.  No one knows that better than a Lanesville, Indiana couple who have become a light to a stranger.

Nick Passafiume, a local ER doctor, met the Shelly and Milton Trent through Facebook on a new page that’s meant to match RV owners with healthcare workers in need of a place to quarantine during the COVID-19 pandemic.

“When Nick contacted us and he was so close by and said, well, this has to be the right person,” Shelly Trent said.

Going home became to risky for Nick and his family.

"My wife has an autoimmune condition and I have two small children, she also has a lung issue," Passafiume said.

More than 27,000 people have joined RV’s 4 MD’s to Fight The Coronavirus page, looking for, or giving help nationwide – most of who are parking RV’s on rented grounds.

“I didn’t think twice about the offer to be honest,” Milton Trent said.

Shelly added, “We thought – well you know our patio is big enough!”

Nick quickly learned the Trents were taking him in as one of their own. He said the neighborhood was apparently on board with the couple having an RV in their backyard.

“Everybody’s out of toilet paper. We have 6 rolls in there. Were like ‘we have toiler paper for your and paper towels and napkins. We’ve stocked up the freezer and the fridge and even have some beer in there’,” Shelly said.

Nick is fully connected to Wi-Fi, Amazon Alexa and the television. Shelly even offered to do his laundry.

The Trents don’t view their gestures as going above and beyond.

Milton added, “Here you could just relax, hear the birds chirping and just I think all the way around this thing was a home run. We were more than happy to do it, he can stay as long as he wants."

Passafiume explained as a side gig, she has rental properties in southern Indiana, but right now he has five tenants that aren't able to pay their rent. So while he lets his tenants figure out what their next move is, he doesn't have the extra income coming in.

The Trents say there are so many people who could be that hope someone else needs they're so glad, they could be that light for Nick.

"I think it just shows the compassion that people have for others in time of need. You don't know regardless of the letters behind someone’s name or their position or anything you don't know what you're fellow human being is going through," Nick said.

Shelly added, "He said ‘I don't know how I can ever repay you’, but he made a joke and said but you have a doctor on right now."