The Illinois State Police Division of Criminal Investigation has taken over the case and a second autopsy was completed this past July. 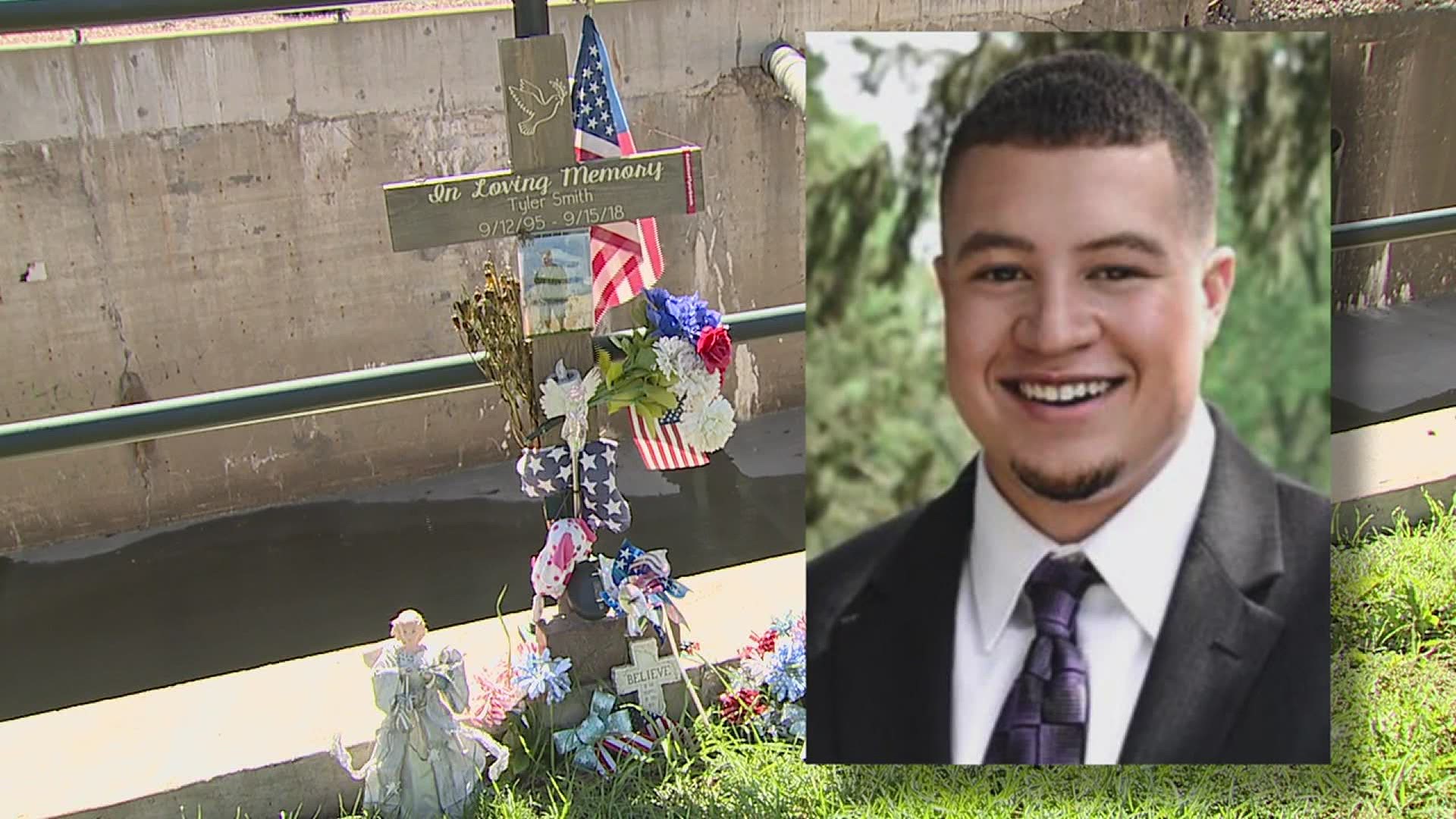 GALESBURG, Illinois — Two years later, Sandra Halsne says she's not giving up in the fight for answers after her son Tyler Smith's death on September 15th, 2018.

"It's been a long, hard fight," Halsne says.

Smith, a 23-year-old Western Illinois University Graduate and member of the Army National Guard from Rochelle, IL, was found dead in downtown Galesburg under unknown circumstances.

Galesurg Police originally ruled his death as an accidental drowning in Cedar Fork Canal, where he was found after a night out with his friends. Halsne says the autopsy completed then was done too quickly and she wanted a second set of eyes on the case.

Now, the Illinois State Police Division of Criminal Investigation has taken the lead on this case and a second autopsy was completed in July. Those results are under wraps as this is an open and ongoing investigation.

She says she believes Smith's cause of death will change after this investigation. And she is pleading that anyone who may know more about her son's death reach out to Illinois State Police Zone 2 Investigations at 1 (815) 632-4010 ext. 230.

"We hope people come forward with information, even if its something small because you never know," Halsne says. "It might just be that one piece that connects everything together."

And this week, to honor their son, Halsne and Smith's dad Keith Smith held the Second Annual Tyler "Smitty" Smith 5K to raise money for a fund in Smith's name at the Rochelle Community Fund.

"It's something close to Tyler's heart, something police  and military related," Halsne says. "It's to keep something positive going, to look forward to and honor Tyler for years and years to come."

Galesburg Police declined to comment on this investigation with News 8.