Nature's Treatment of Illinois in Galesburg was originally supposed to be open at this time last year, but the grand opening was delayed because of the pandemic. 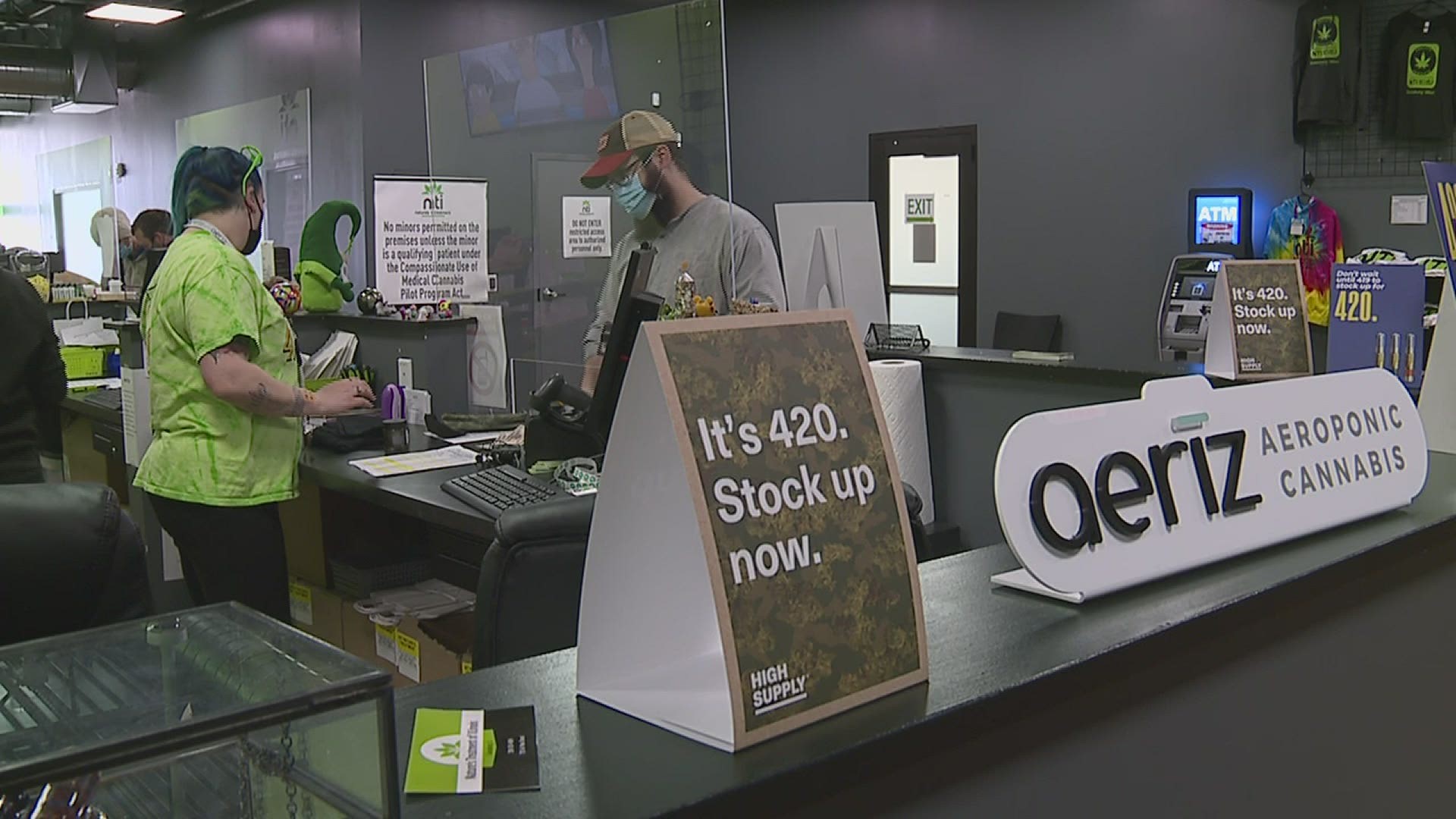 GALESBURG, Ill. — Tuesday felt like a party outside Nature's Treatment of Illinois in Galesburg, as the business and customers mark the unofficial holiday 4/20, celebrated annually on April 20th.

Customers say celebrating the holiday, especially in the second year of legalized recreational marijuana in Illinois, is important to them.

"It's just having fun, chilling with people and having a good time," Customer Tyshawn Hightower says.

"It makes me happy because marijuana has helped me a lot, with a lot of things I'm going through," Customer Martha Taylor says.

It's the dispensary's first time open on April 20th because their grand opening was delayed last year due to the COVID-19 pandemic. Live music, food trucks and sales were available throughout the day in celebration of 4/20.

"We just wanted to make it special," NTI of Galesburg Manager Victoria Kline says. "We want to celebrate. We're so excited to be here and we love cannabis."

The popularity is seen statewide as March marked another record for recreational marijuana sales, bringing in $109 Million over $80 Million in February. In Galesburg, Kline says business grows each month.

"I think we're in a good location, surrounded by little farm towns," Kline says.  "Those people probably don't want to make the long drive so they have a quick little 30 minute (trip) to Galesburg."

In its second year since the legalization of recreational marijuana, there's 75 open applications for new dispensaries, but those licenses for business owners have been on hold for months now.

"When we see more cultivation sites and more craft growers (open), that'll be very exciting," Kline says. "It'll mean more product to go around for everyone."

This time of year is also special for NTI in Galesburg as their one year anniversary of opening is coming up on May 4th. Kline hopes to celebrate again in a similar way with food trucks and live music again.