While most of the K'nees Florists' staff is back to work now, business was down about 25 percent in 2020. 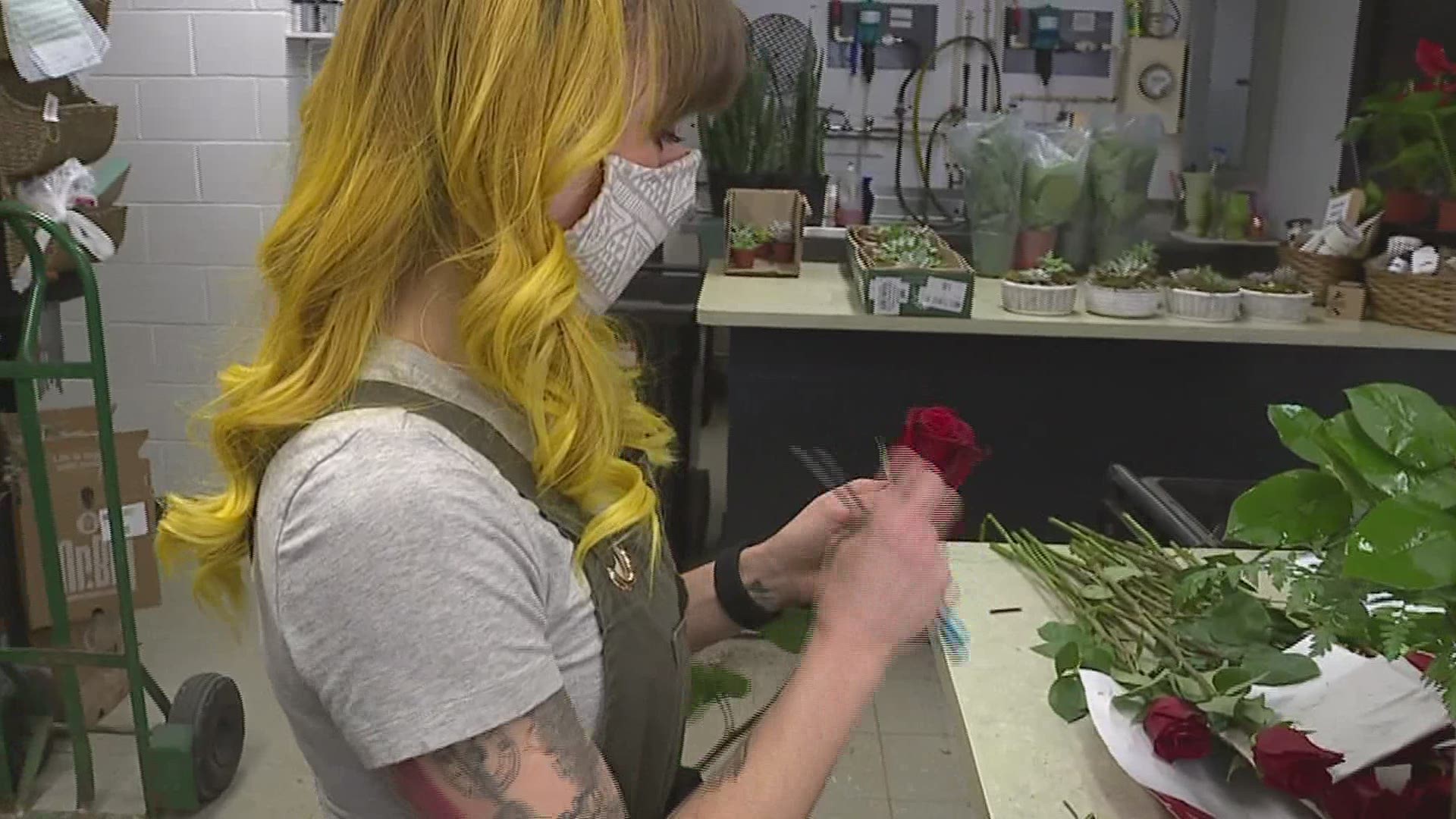 It's been a year like no other for everyone, including the team at K'nees Florists.

News 8 met with owner Trish Engle this time last year, when her flower shops on both sides of the Mississippi River closed because of COVID-related lockdowns.

"At the beginning of COVID-19, it was just sheer panic and scared (emotions)," Engle says. "It was the unknown everyone was afraid of. Afraid for your own safety and health as well as being a business owner."

Engle says business was negatively impacted because of the pandemic, down about 25 percent in 2020. Consistent orders for regular business like restaurants and funeral homes fell through, and most of her staff had to be let go.

One year later, another problem is emerging. A supply shortage is affecting flower and vase selection.

"I would normally get a monthly standing order of plants," Engle says. "We can't do that now because we're letting the growers catch up. That's hard. I can't get the vases I want because they're made overseas and they closed."

There is some light though in the last year. The flower shop saw a successful Mother's Day and holiday season.

Most of her staff is back to work now, with some limited hours. Engle says one PPP loan came through, and now she's hoping for another.

"I'm definitely grateful for the federal level of support," she says.

Engle says she's also thankful for support from the community during a hard year.

"I'm grateful it was there and that small business can keep thriving in this type of economy," she says.