Since the program started in 2010, the Illinois Farm Bureau has donated more than 1.3M meals to families in need. 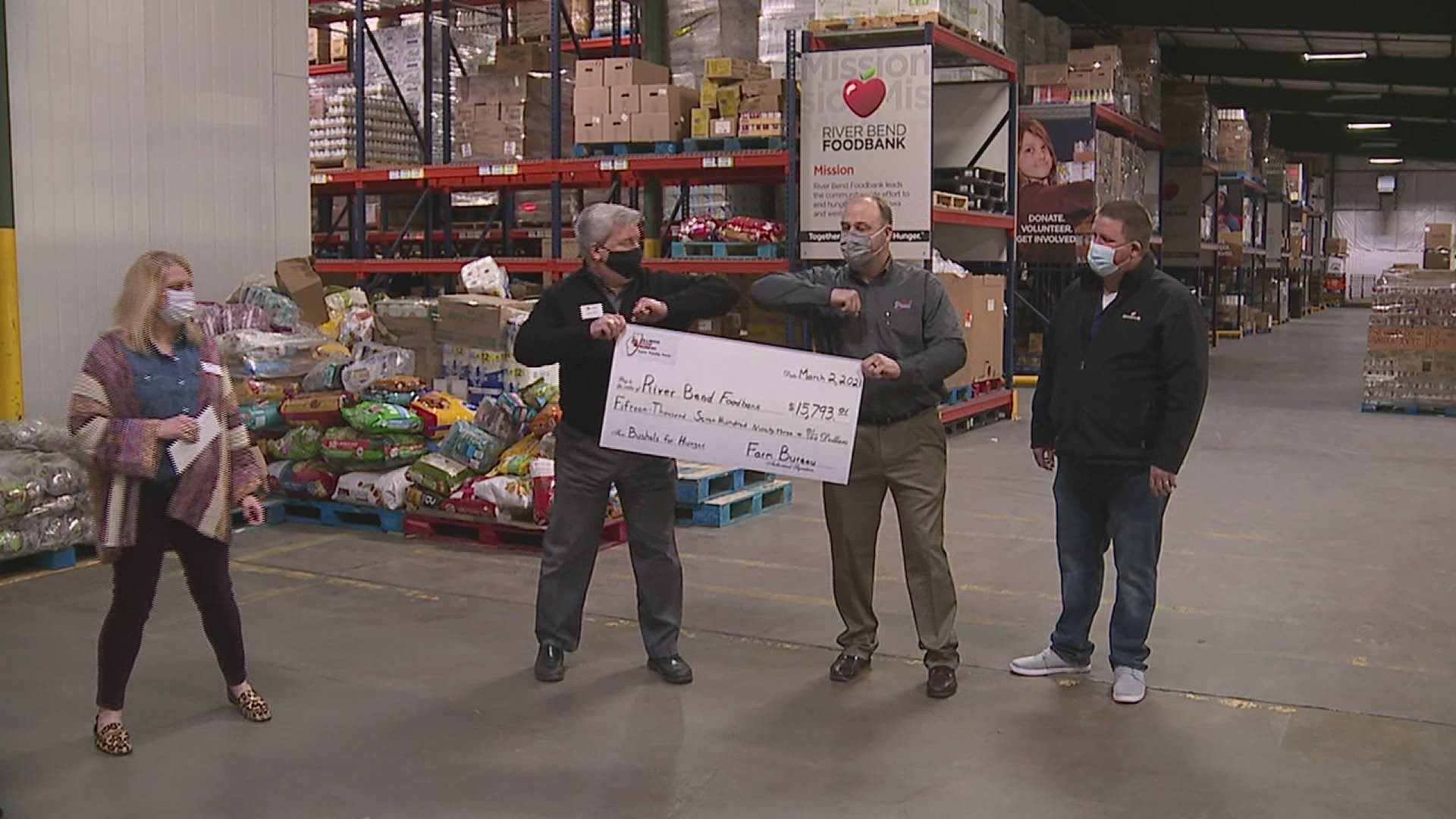 DAVENPORT, Iowa — Illinois Quad City farmers are helping local families with a donation to the Riverbend Food Bank through the 'Bushels for Hunger' program. On Tuesday March 2, 2021, the Illinois Farm Bureau in District 3 presented the food bank with a check for $15,793. That will go to buying 79,000 meals for local families.

"I’m so thankful to farm Bureau and to the farmers. The folks who make their living off of the land are just really grounded people, and I’m thankful for their generosity," says Mike Miller, President and CEO of Riverbend Food Bank.

The program has been going on since 2010. From October to January every year, farmers can donate bushels of grain to participating local elevators. From there the grain sales are donated to the food bank. Since 2010 farmers have donated more than $254,000 which equates to more than 1.3 million meals.

"This is just a way for us to give back. We know the need is out there, and a lot of things have happened over the course of the year, and so we’re happy to be apart of providing meals for the community," says Jeff Kirwan, Illinois Farm Bureau District 3 Director.