The new Nedda and Donald Simon Conference Center at Freedom House will allow for more resources for local victims of domestic violence. 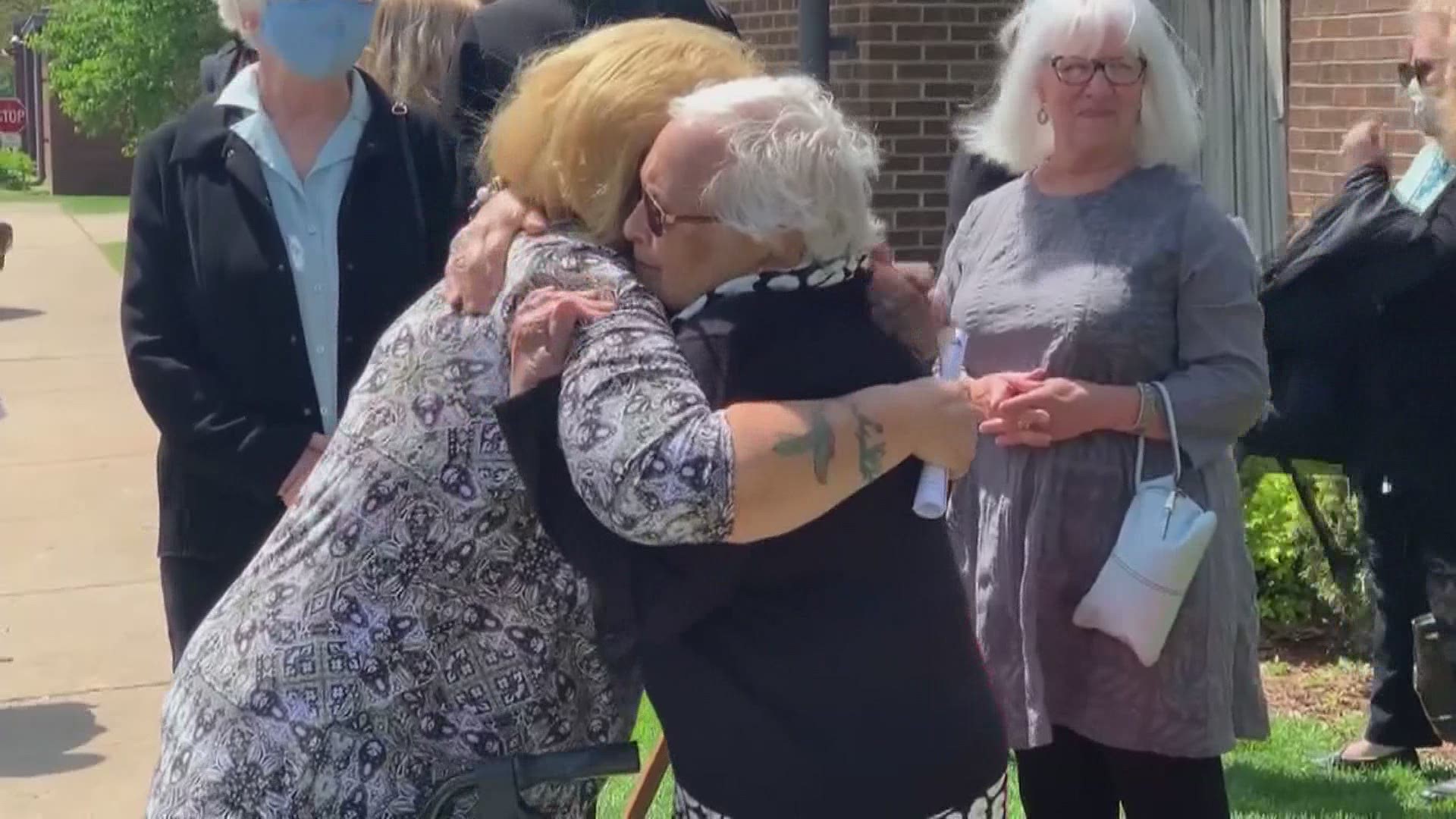 After 38 years of serving the community, a surprise was in store for Freedom House Founder Nedda Simon. The emergency shelter serving women in crisis unveiled the new conference center next door, named after Nedda and her husband Don for their service to survivors of domestic violence and sexual assault.

"The fact that Don is also honored, that's what really touched my heart," Nedda says.

Her vision started small back in 1983, after working as a counselor for women in the community and recognizing the issue. Freedom House began in a small, purple house in Wyanet, then moved to Princeton, just down the road from the current shelter.

The non-profit's mission has always been the same through the years, helping women in crisis. Nedda recognizes that while public awareness and criminal justice on domestic violence has increased over the years, this is still an issue in communities everywhere.

"I think that this'll be here as long as its needed," she says.

"I owe them everything, my world," Survivor Brenda Gilliam says.

Brenda says she and her family came to Freedom House about 30 years ago.

"Honestly, I'd probably be dead if I hadn't, and if they hadn't whisked me in their arms and held me tight, I'd have probably gone back," she says.

Her daughter Amber now works at the non-profit, helping others the way her family was when she was a kid.

"The expansion of the services means a lot to me personally," Amber says.

It's stories like theirs that fulfils Nedda's original vision.

"It's always very humbling," she says. "It's very hard to believe that an idea I had has gone so long and also so well."

The new conference center will serve as an event space for clients and meeting space for administration.