How to Lower the Cost of your Cable Bill in Minutes

What most people don’t know is the price of your cable bill is, actually, negotiable. 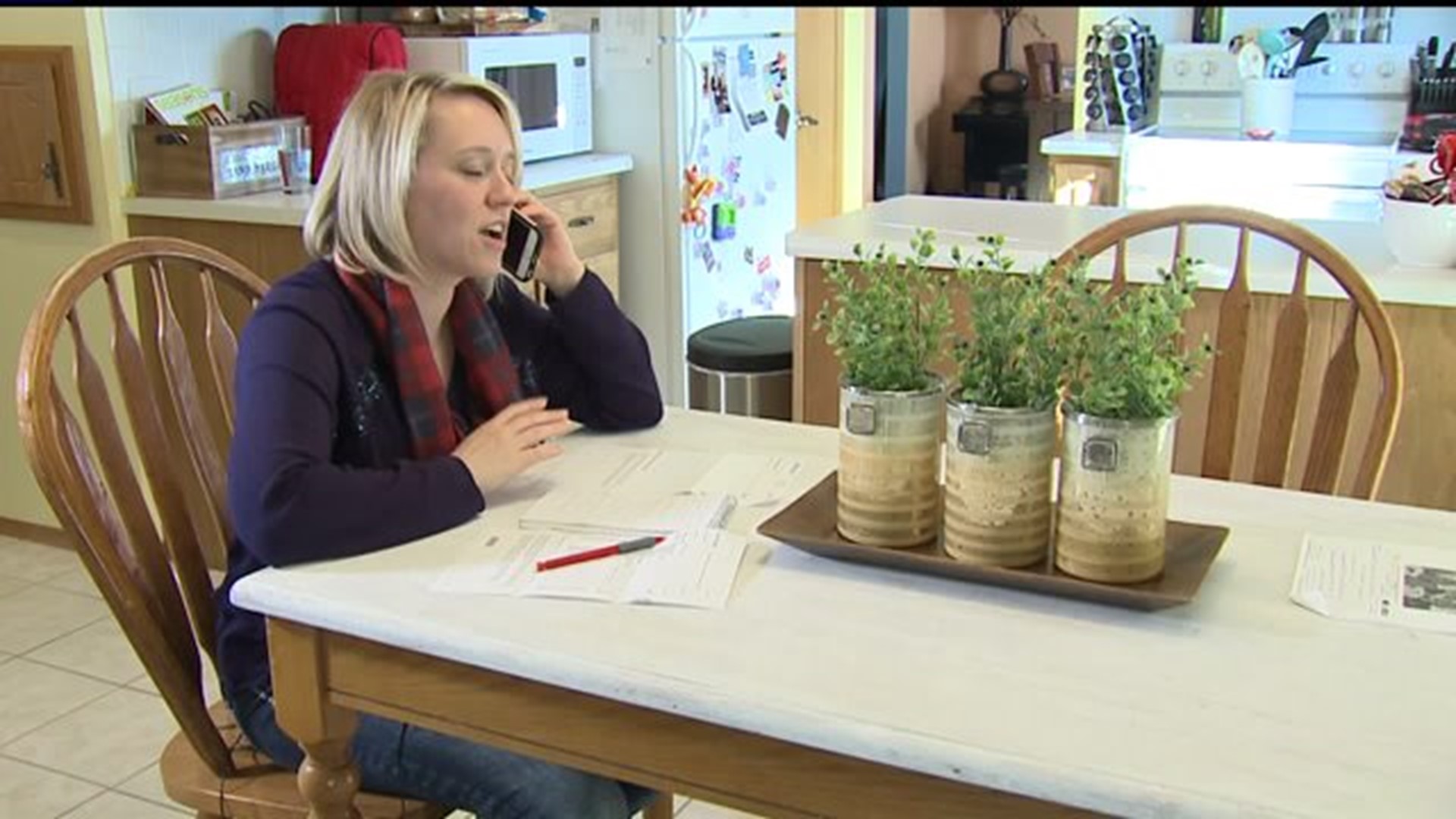 When someone purchases a car or a house, the buyer and seller expect to negotiate on the price a little bit. But what most people don't know is the price of your cable bill is the same. It's negotiable.

"Diapers are expensive. Everything's expensive when it comes to a child," says Laura.

After analyzing their budget month after month, the family is ready to cut costs and save. The first thing on the chopping block:  the cable bill.

Budgeting expert Brian Delaney, of Consumer Credit Nationwide, says it is a good place to start.

"It's not like groceries. That's a need, not a want, depending on if you're buying steak or macaroni. But the cable bill is certainly more of a want than a need. So that's one we can frequently suggest," says Delaney.

After getting some tips from the cost-cutting king himself, Laura sat down to give it all a try.

Tip number one:  Know your motive before getting on the phone, and stick to it.

A cable company's first step will likely be to get you to pay more, by trying to up-sell you into buying even more features than you already have.  In Laura's case, that's exactly what they tried to do.

Remember your goal, and be insistent.

The next step:  Talk to the right person.

"The first person will try to persuade you. But if they can't, they'll transfer you to a retention department. Those people are trained, and they have the flexibility and authorization, to offer you sweeteners to get you to stay," advises Delaney.

Companies know keeping you as a customer is easier, and more cost effective, than finding a new one.

Third: Do your homework.

Once you're talking to the right person, step three comes into play. Do your homework before hand, and have competing offers available, and use them as ammo.

"When you're armed with information like that, you're more likely to have them respond directly to a deal versus you saying hey, I want my bill lowered," says Delaney.

And after just 20 minutes on the phone, Laura was able to cut costs without changing anything in her current cable bundle. She saved roughly $30 a month. That's $360 a year.

This whole process didn't take difficult deal making. It didn't take much away from family time either. All it took was some persistence.

"You don't have to accept what your bill is every month, especially when it's going up and up and up."

And while there's no guarantee you'll save, it's worth a try if you're looking for a new way to cut back.

"Call and question things. You don't have to accept what your bill is every month, especially when it's going up and up and up. You might as well call and at least try to get a better deal," says Laura.

Another thing to remember: Be persistent.

Make it a habit to call your cable company every six months or when you see those costs creeping up. There's likely a deal to be made to keep saving money.