“People are tired of the violence—tired of it.” 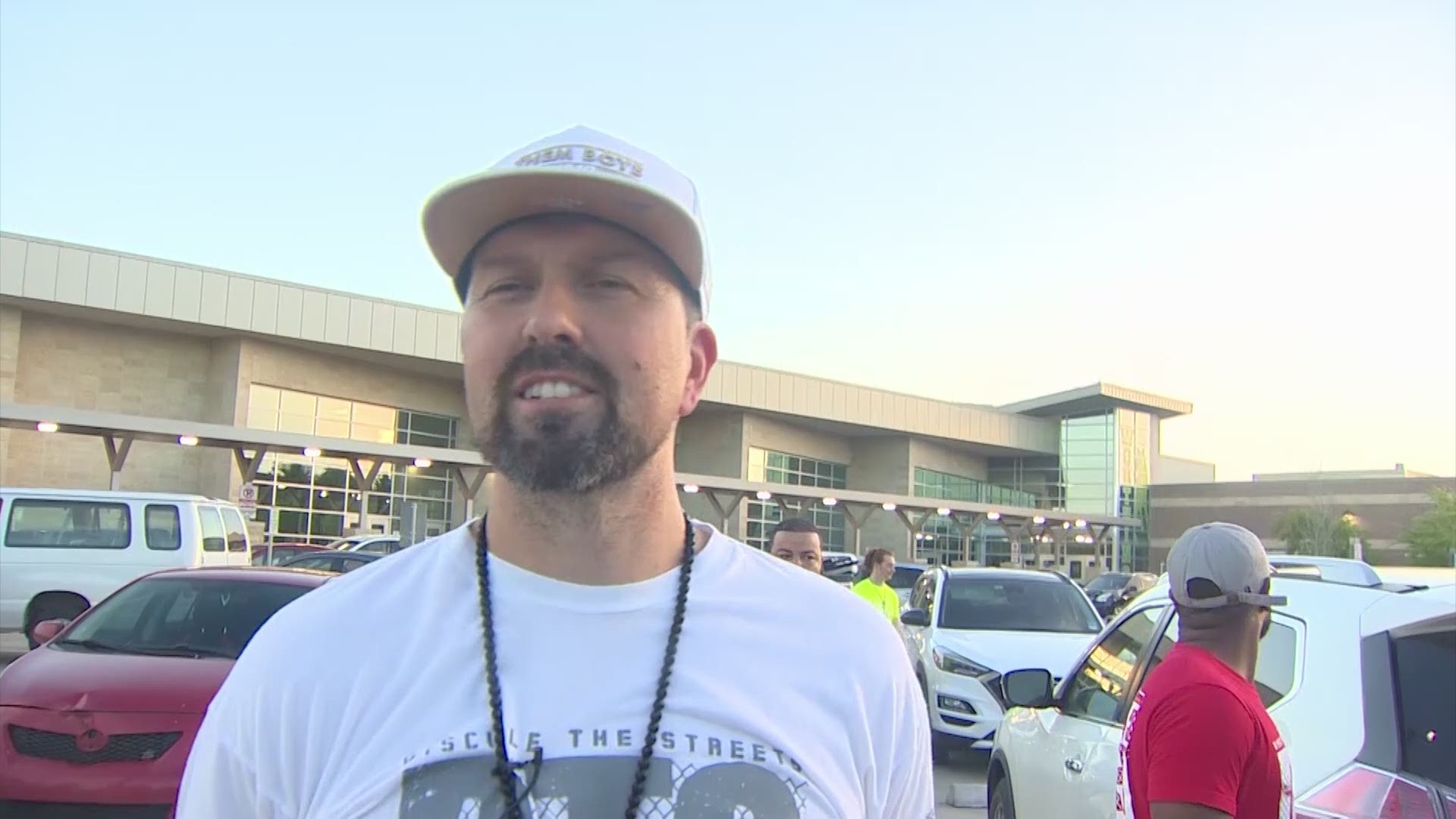 Houston artist Tre9 and other Eyes on Me Incorporated members are organizing community prayer circles, or ‘praytests,’ as a form of protests in response to the death of George Floyd.

“We’re praying over the police force, an end to police brutality, the end to epistemic racism,” Tre9 said.

“We’re praying specifically for mentors to be mobilized into the black community. We’re praying for white Evangelicals to not stand by silent and be idle.”

A little more than a dozen people gathered in Sunnyside Thursday night to listen to others and to share their own prayers. Among them was a woman whose son was shot and killed just a few nights ago, Tre9 said.

RELATED: 'A win for all of us' | Houston police officer embraces protester during George Floyd march

“We prayed over her because can you imagine the pain?” Tre9 said. “People are tired of the violence—tired of it.”

He said the Christian-based organization is focused on being proactive and trying to bring resources to Sunnyside and similar communities. Eyes on Me Incorporated already runs several outreach programs from churches, prisons and schools.

His hope is that movement inspired by George Floyd will stay active long after the protests and the media coverage has ended. Whether it’s in the form of activism, volunteerism or monetary donations, he hopes people will continue to pour into the black community.

“It’s time to take action and take it forward for many years to come,” he said. “So that our kids don’t have to deal with this. That’s why we’re out here, we’re marching in solidarity and believing that strong holds are being broken.”

You can learn more about upcoming prayer events at EyesOnMeInc.com.