People across the country are demanding change and police reform. But are officers willing to make this happen? HPOU's president says he's willing to discuss. 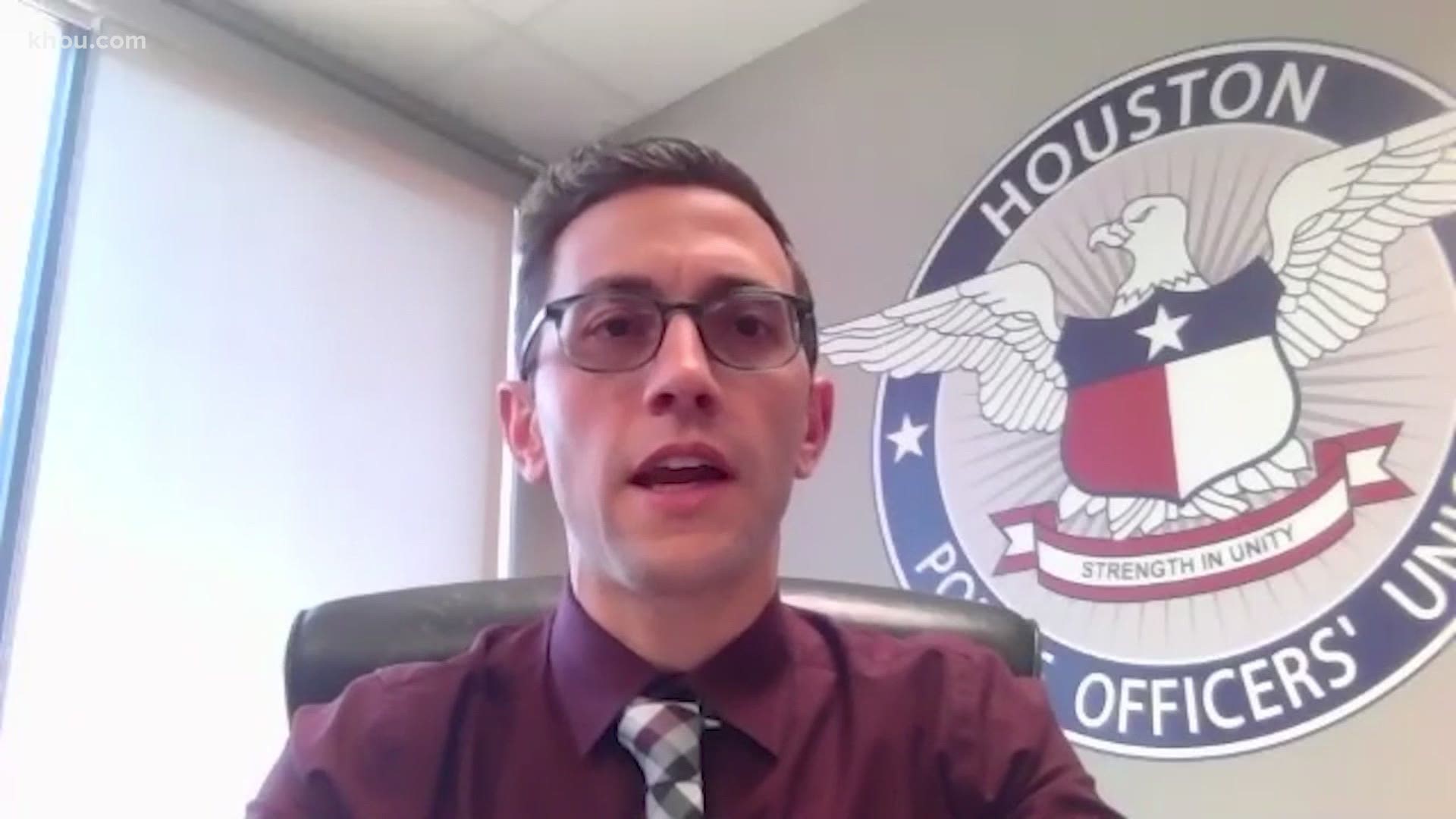 HOUSTON — People all across the country are demanding change and police reform after the death of George Floyd.

"It's extremely disturbing its abhorrent what that officer did. And the whole situation is abhorrent," said Joe Gamaldi, Houston Police Officers' Union president.

Gamaldi said the union doesn’t support or condone the officers' behavior in Minneapolis. Matter of fact, after that tragic incident, they’ve told their officers if they see something wrong, they need to step up and speak up. Gamaldi said his officers believe in being transparent with the public.

"We believe that when an officer is involved in a shooting that the body camera video should be released. For whatever reason, Chief Acevedo will not allow that to happen. We believe that will bring transparency with the community," Gamaldi said.

A trending topic on social media has been a list of policies activists believe can help reduce police violence. The list is called 8 can't wait.

8 Can't Wait
Cities that enact these eight use-of-force policies can reduce police violence by 72%. Look up your city and contact your mayor now.

On the list, they have things like banning choke holds, requiring deescalation of situations and requiring officers to intervene and stop excessive force.

But there are some things on the list Grimaldi said are not reasonable and put his officers in danger, like requiring a warning before shooting.

"Because think about it: if someone is robbing you at gun point, and they shoot you, do you think that you really want us to wait and say, 'I am going to shoot you,' or do you want that officer to shoot and save your life?" he said.

Currently there is an independent police oversight board in Houston. It's something Grimaldi said the union does not oppose. He said they're also willing to sit down with local leaders and discuss options to make any necessary changes.

The police union has responded to some of allegations about several issues with Houston police officers in the statement below.

We tried to get a comment from Mayor Sylvester Turner, but he was not available to do so by KHOU 11's deadline.

RELATED: Here's what protesters and police are doing around Texas