US Navy Veteran Derrick Keller, was held in a Thai prison for 13 months for a crime he didn't commit. He was reunited with his family in South Korea on Tuesday. 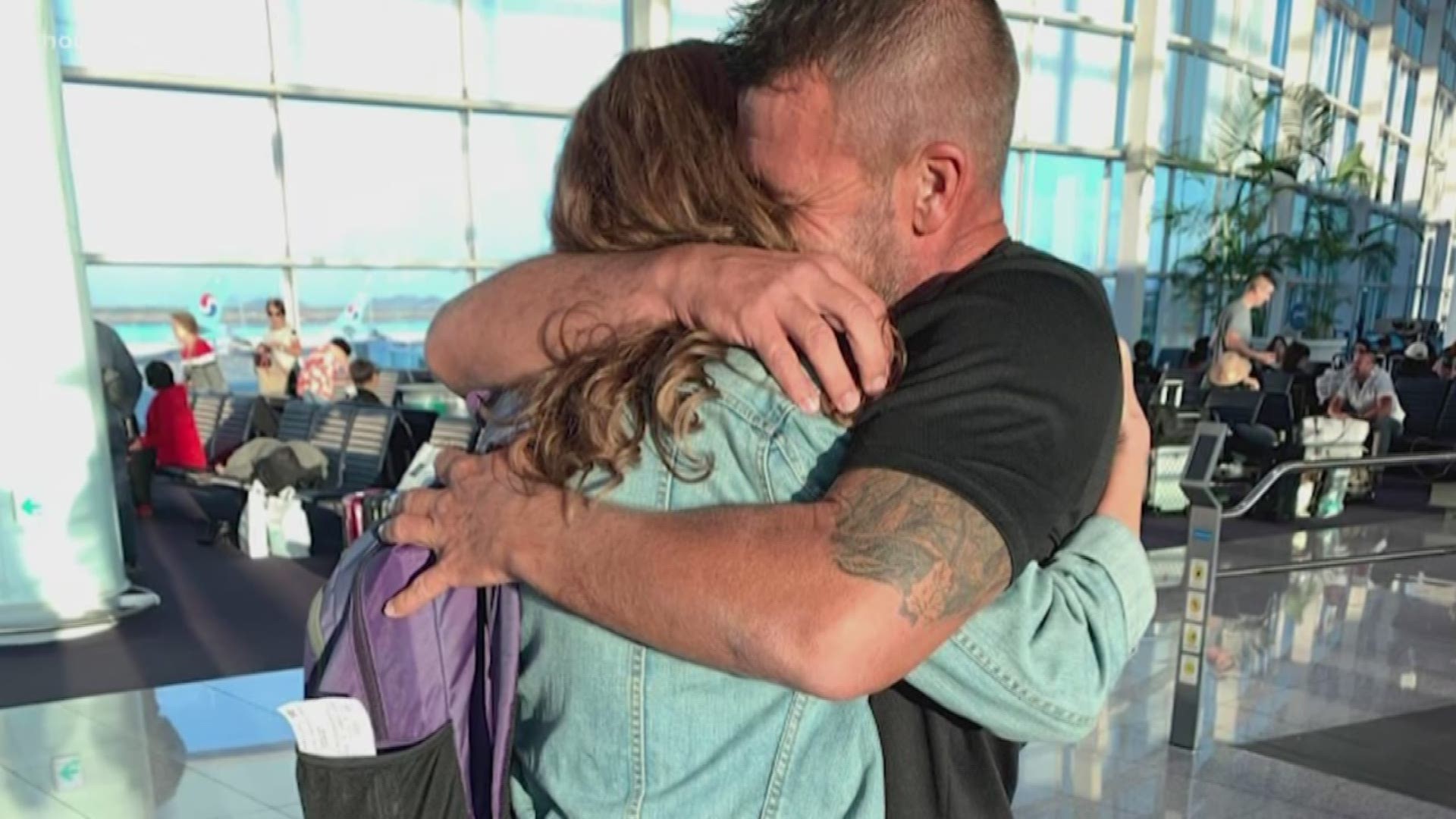 A US Navy Veteran from Greater Houston who was held prisoner in Thailand for more than a year for a crime he didn’t commit is on his way back to Texas.

On Tuesday, Derrick Keller, his wife Tanya and daughter Beverly were reunited for the first time since in 14 months at an airport in South Korea. They will be back in Texas on Wednesday to reunite with the rest of the family.

The US Navy Veteran from Richmond, TX had been fighting to get out of Thailand since August 2018. He was imprisoned during a vacation to Bangkok.

RELATED: Houston-area Navy veteran locked up in Thai prison, despite cries for help

Keller was accused of being the mastermind of a Ponzi scheme and faced decades in a Thai prison.

Scared they’d never see Derrick again, the Keller’s reached out to a long list of politicians they’d hoped would help and then frustrated with a lack of action they reached out to KHOU.

After months of coverage Derrick was found not guilty on September 30, only to be detained once again trying to leave Thailand.

Family says that on Tuesday, the US Embassy escorted Keller through customs at the airport in Bangkok and got him on a plane to South Korea where he was met by his wife and daughter.

They are expected back in Texas on Wednesday.