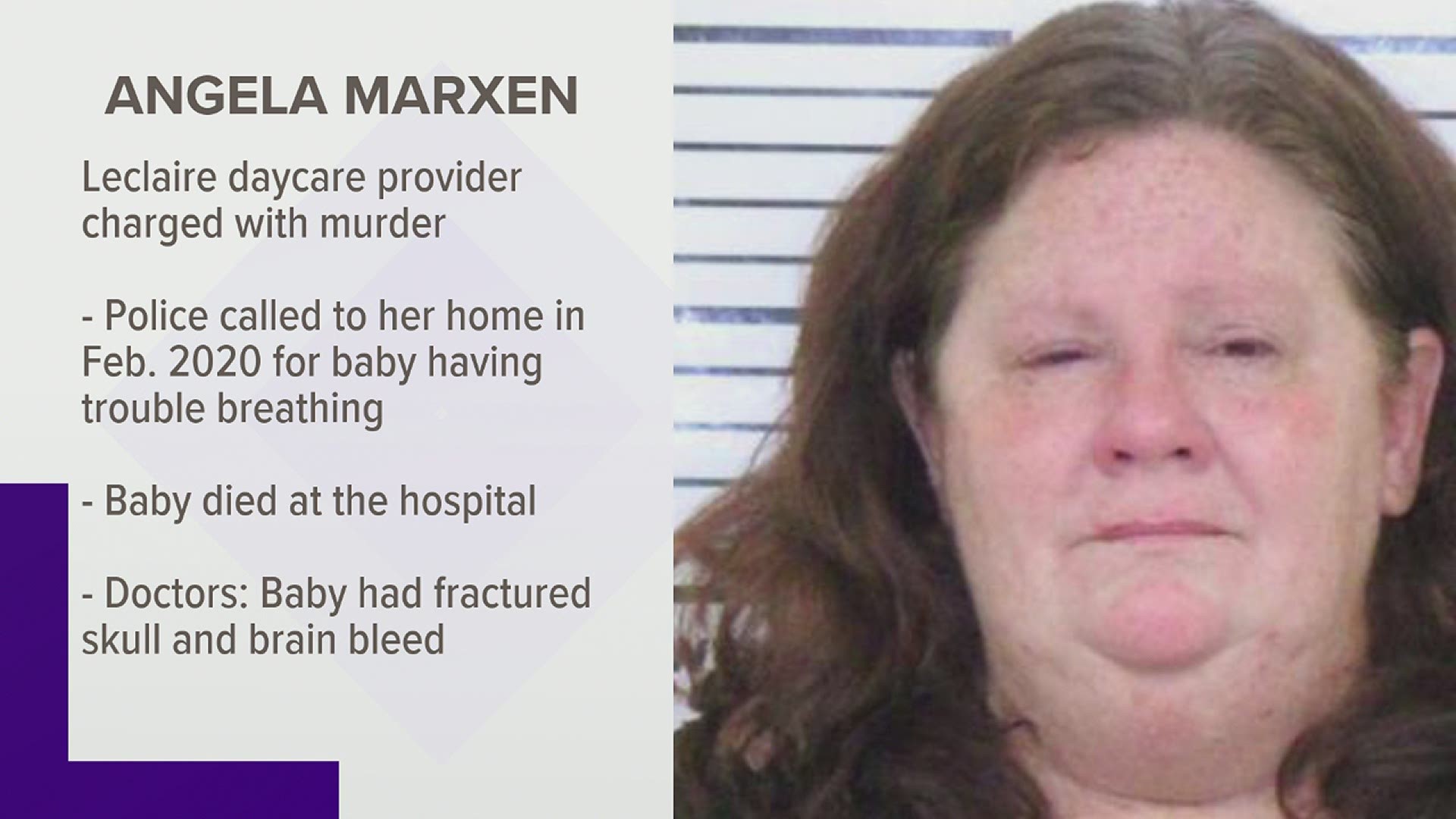 WQAD received an affidavit from the LeClaire Police Chief that stated,

On Saturday, February 8, 2020, Marxen admitted that on Wednesday, February 5, 2020, she dropped the infant victim while she was carrying her. 911 was not notified until four hours after the fall and forty-five minutes after Marxen admitted she knew the child wasn't acting correctly.

On February 5, 2020 LeClaire police responded to an in-home daycare on Frontier Court of an infant in distress.

LeClaire Police said in a press release Thursday, the five-month-old girl was found unresponsive with labored breathing and the baby was transported to a local hospital where her condition worsened.

The infant was then airlifted to Stead Family Children’s Hospital in Iowa City where doctors found she had a fractured skull as well as a brain bleed; the infant passed away four days later, according to police.

Angela Marxen was the homeowner and sole daycare provider at this residence and was responsible for the infant’s care at the time of the incident, as stated in LeClaire Police Press Release.

An autopsy report states that the infant’s official cause of death was from blunt force injuries of the head.

Due to the severity of the injuries the LeClaire Police Department and Iowa Department of Criminal Investigation (DCI) launched a 14-month criminal investigation that determined the infant’s death was non-accidental.