Davenport police tracked an armed robbery suspect over the course of Thursday, February 18, culminating in a shootout. 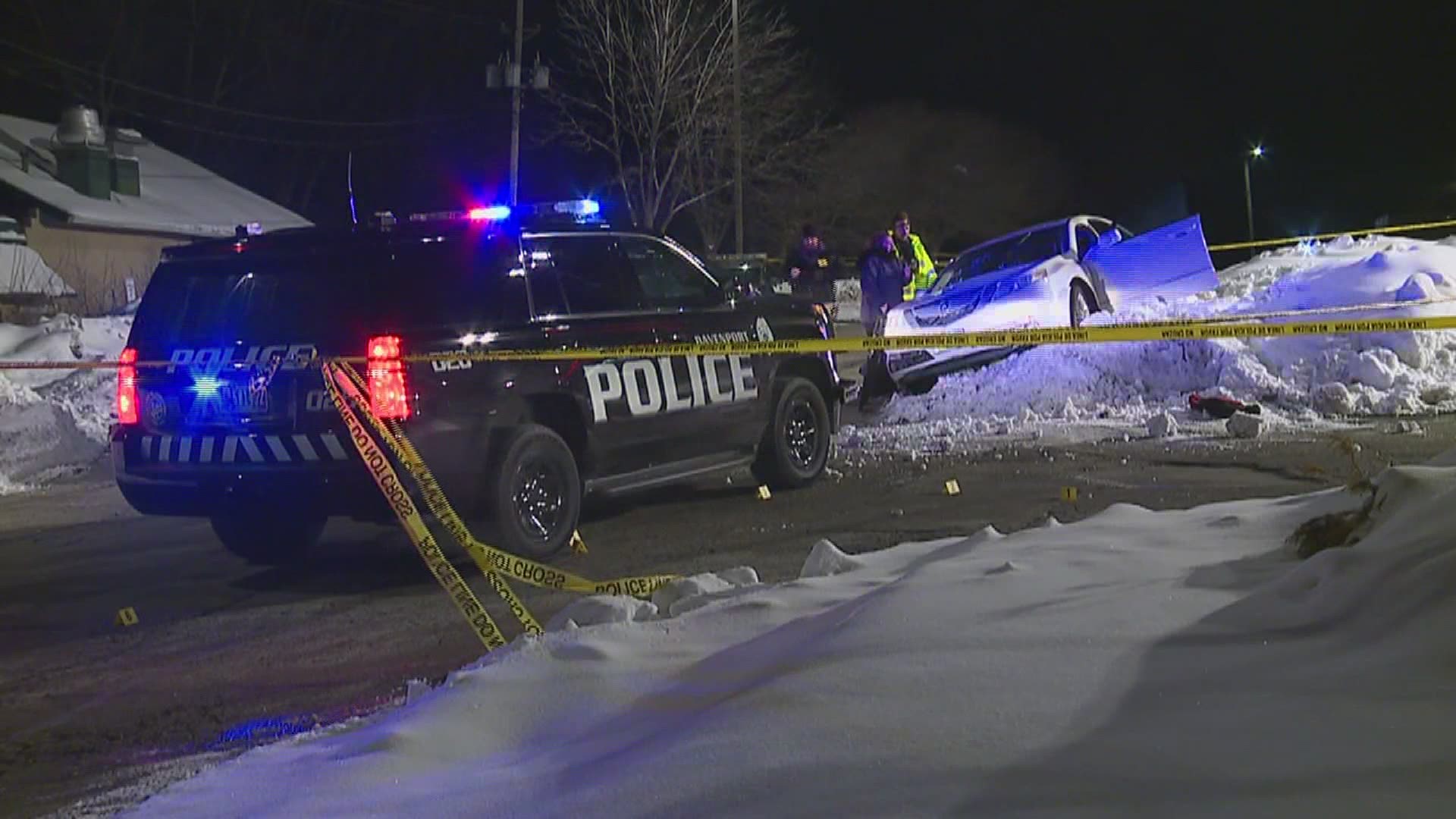 DAVENPORT, Iowa — Davenport police officers and an armed robbery suspect exchanged gunfire at the corner of Kimberly Rd. and Division St. in the evening on Thursday, February 18.

According to the Davenport Police Department, officers were alerted to a report of armed robbery in the 1700 block of E. 12th Street at about 11:25 AM. Officers received information on the suspect's identity and the vehicle they were using.

Later, at about 5:43 PM, a patrol located the vehicle and its driver in the area of Kimberly Rd. and Division St. at a Walgreens parking lot. Additional officers were called to the scene to assist.

As police converged on the suspect, the vehicle hit a squad car and got stuck in a snow bank. The suspect and an officer then exchanged gunfire.

Police were able to apprehend the suspect, later identified as 30-year-old Clarence Washington  from Davenport.  He was given medical treatment and was sent to the hospital.  He was released from the hospital on February 23 and was taken into custody on unrelated charges, according to a statement from the Scott County Sheriff's Department.

The officer involved was also given medical treatment for non-life-threatening injuries. He has been identified as Officer Nathaniel Missimer, who has been with the Davenport Police Department for 2.5 years. He has been placed on temporary administrative leave