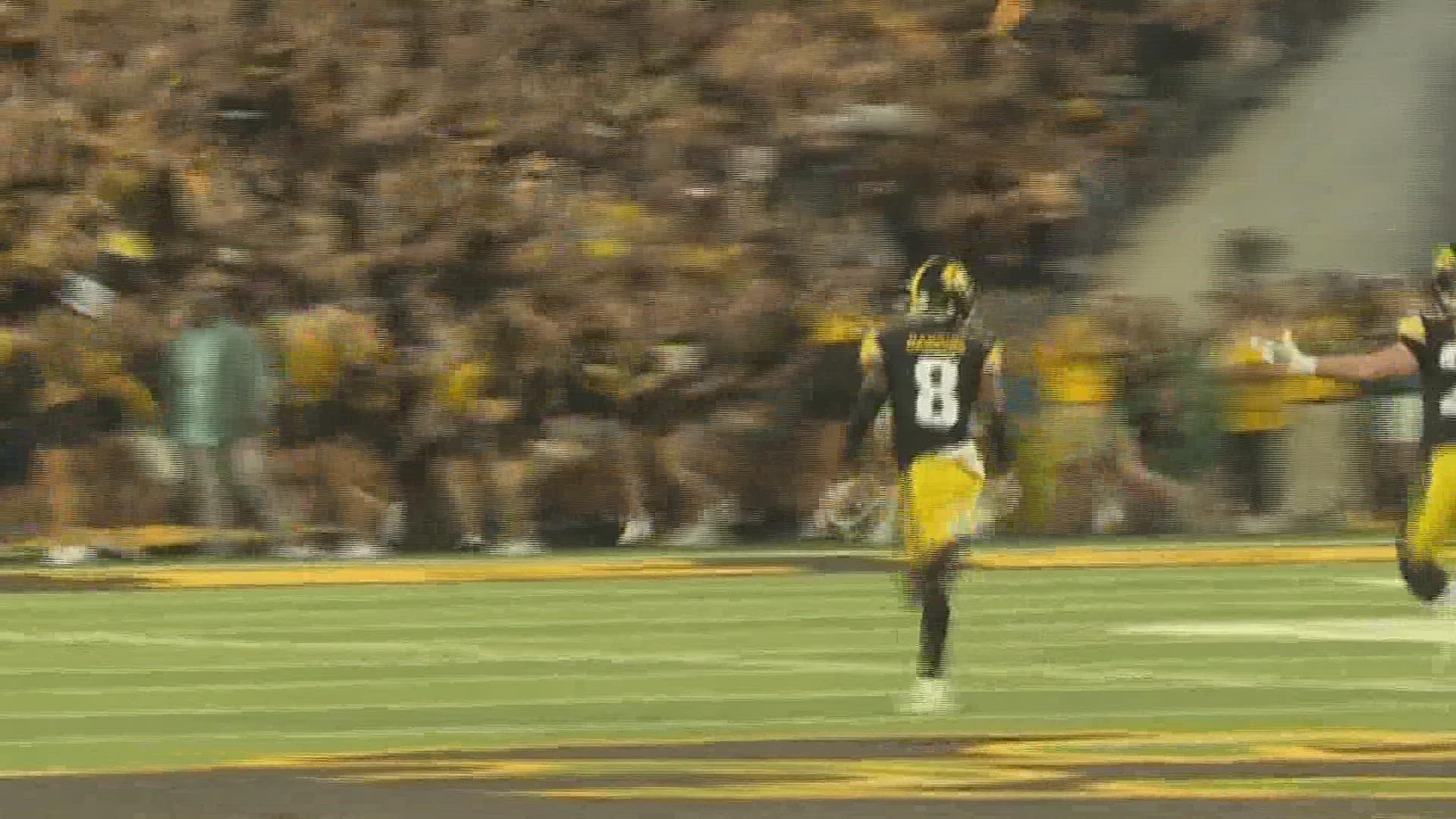 IOWA CITY, Iowa — Another week of college football in the books, and there's another Hawkeye taking home conference accolades this season.

The latest Iowa football player to receive honors is defensive back Matt Hankins who was named Big Ten Co-Defensive Player of the Week following the Hawkeyes' 23-20 win over (formerly) No. 4 Penn State on Saturday.

It's the first honor for the fifth-year senior who also earned Rose Bowl Game Big Ten Conference Player of the Week.

Hankins was credited with five tackles, including a solo tackle to force a turnover at the Iowa 45-yard line during a Penn State fourth and three attempt with Iowa leading 23-20 with 3:39 remaining in the game.

After an Iowa three and out, Hankins intercepted Penn State backup quarterback Ta'Quan Roberson to seal the comeback win with 2:13 left to play.

The interception by Hankins was one of four by the Iowa defense who held Penn State to three points in the second-half to help overcome a 17-3 deficit.

"We're just challenging each other to make plays and get better," Hankins said. "When it came down to it, we made the plays and that's what we need. First half was iffy, but in the fourth quarter we came back and finished."

The weekly honor for Hankins marks the fourth Hawkeye to earn a conference accolade, and he's the third player to earn defensive honors through the first six weeks this season.

The strength of this team thus far has been its defense which has proven to be one of, if not, the best units in the country.

Iowa defenders lead the nation with 16 interceptions and have allowed the fourth-fewest points per game (13.0 ppg) among all FBS teams.

Time will tell just how far Iowa's defense can carry the team, but right now it has the Hawkeyes in a prime position to make a run at their first College Football playoff spot in program history.

Up next for the Hawkeyes is a homecoming celebration in a game against Purdue (3-2, 1-1 Big Ten) from Kinnick Stadium. Kick-off is scheduled for 2:30 p.m. on Saturday.