Iowa sent 27 troopers and one agent to Del Rio, Texas. They traveled down July 8 and returned July 22. 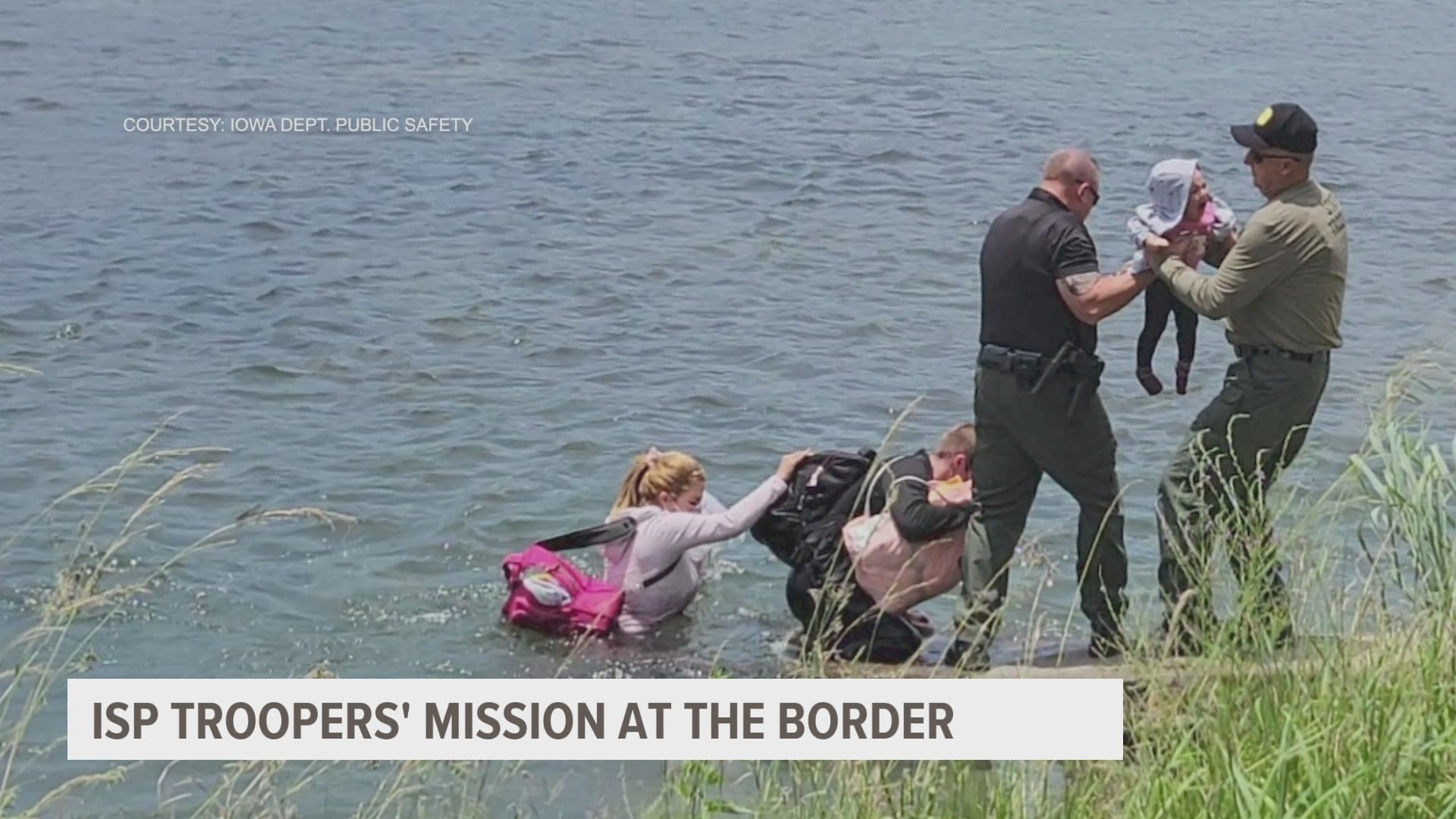 DES MOINES, Iowa — After spending more than two weeks in the region of Del Rio, Texas, a group of Iowa troopers has returned home.

Iowa sent 27 troopers and one agent to Del Rio, Texas. They traveled down July 8 and returned July 22.

"I am so proud of what this team did and the impact in just a short timeframe that they had on the area, on the people, across the board," Reynolds said Wednesday.

"A lot of these people have been on a long journey, so once they got their feet into our country we wanted to make sure thay had water, they had food if they needed it. And they had medical care," Iowa DPS Capt. Chris Miller said. "There wasn't a trooper in Texas that I met that didn't have a case of water in their trunk at all times just to make sure they had water for people as it went."

"They brought Iowa values to Texas and they worked hard when hard work was required," Bayens said. "And they showed compassion when compassion was needed, and I'm proud of them."

Reynolds has defended her decision to send a group of troopers out of state, citing the growing drug and trafficking problems on the border.

“My first responsibility is to the health and safety of Iowans and the humanitarian crisis at our nation’s southern border is affecting all 50 states,” Reynolds said in June. “The rise in drugs, human trafficking, and violent crime has become unsustainable. Iowa has no choice but to act, and it’s why I am honoring Texas’ Emergency Management Assistance Compact following assurances from the Iowa Department of Public Safety that it will not compromise our ability to provide all necessary public safety services to Iowans.”

Iowa joined four other states in sending its own law enforcement to the Arizona and Texas borders.

The Iowa State Patrol does not provide specific operational details of missions.

The governor's office noted the Iowa National Guard is also currently conducting a mission with 24 soldiers from the Unit 2/34 IBCT to assist law enforcement at the nation's southern border. This is due to an October 2020 request from the Trump administration under Title 10 active duty mobilization orders.

RELATED: Here's what we know about the Iowa troopers at the US-Mexico border

Watch: Interview with the Texas Department of Public Safety about Iowa's mission on the border on YouTube