What is it like to sit on the jury panel for the Derek Chauvin trial?

We couldn't ask the jurors, so we asked a former federal judge. 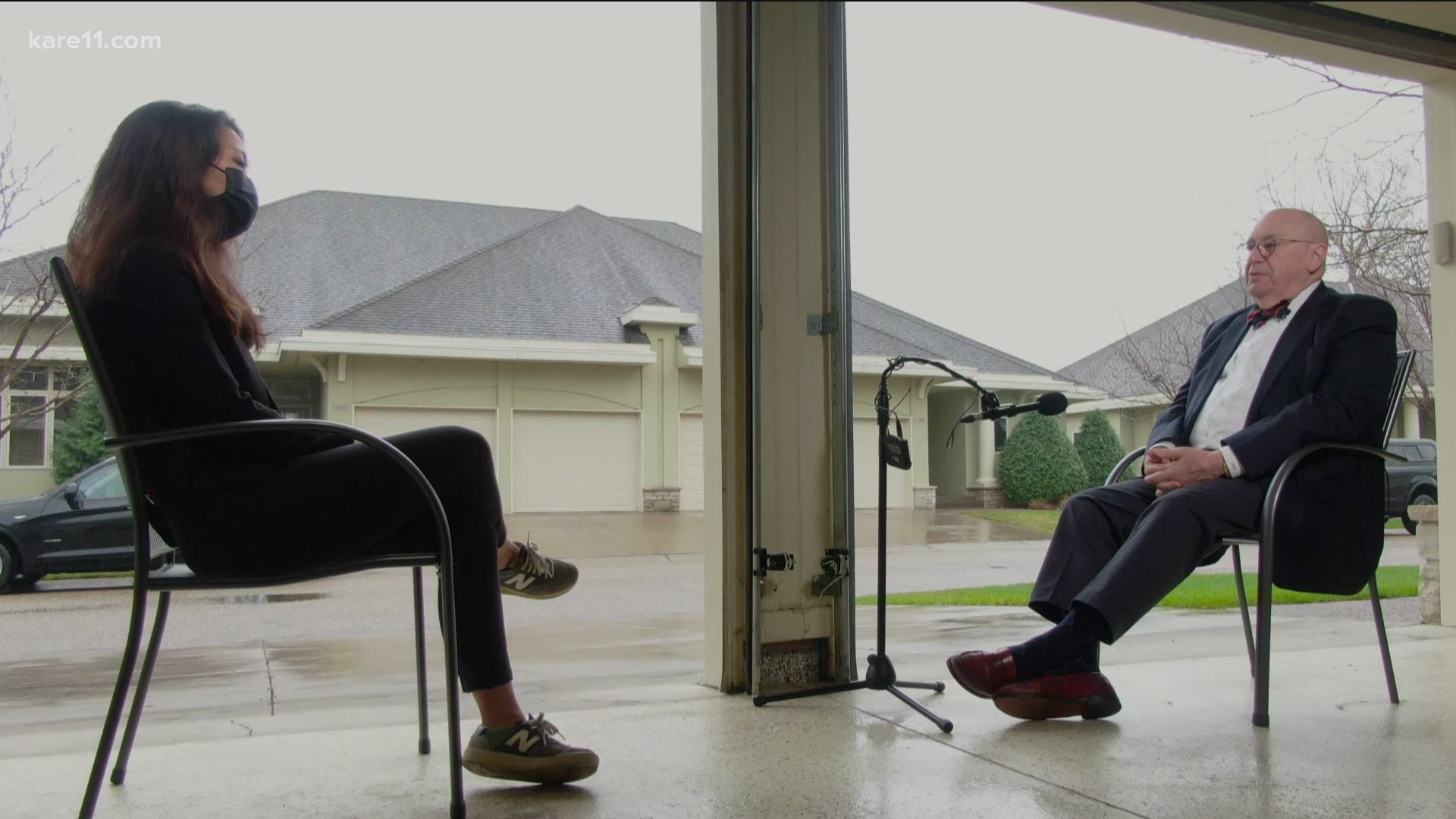 MINNEAPOLIS — Watching the Derek Chauvin murder trial via a livestream may bring us into the courtroom, but it's obviously not the same as being there.

Like many of us, former federal district court Judge James Rosenbaum has been keeping an eye on the trial.

"It's one thing to see the witness, look over and see how is the jury reacting? How is the other lawyer reacting? What did the defendant do? Did the prosecutor lean over and talk to his case agent or her case agent?" Judge Rosenbaum said. "And there are things going on that are also a part of the picture."

But the mystery of the jury, isn't just that those watching the trial on TV can't see their faces.

Judge Rosenbaum said even those who are present in the courtroom are left to guess what the jury is thinking at any point.

"What you really want are people who will become involved, people who will listen and be fair, and it's a very hard thing," he said. "You've got 12 people. Assume 11 of them at any given time are awake, 12 people looking at the same thing and it does happen - they will tell you when you chat with them sometimes - I didn't remember this but Joe did. Or it was interesting because Mary thought this when she heard that, and they sit there and work on each other."

And the thing is - being a part of this jury - or any jury panel for that matter, is a difficult assignment.

"I've had times where a juror would bolt from the jury room, run out of there screaming, saying, 'I'm not going back in there, they don't treat me right, they're not listening to me,'" Judge Rosenbaum said. "They work - they sometimes come out in tears - working very hard."

Judge Rosenbaum said as facts are presented from both sides, the jury must bring something else to the equation.

"It's the interpretation, it's the upshot of the facts that are an issue," Judge Rosenbaum said. "That's where jurors will not only draw on what the witnesses say, here they pull this from their own experience-- what really happened. And that it has to be one of the questions they will really want to know."

That interpretation they bring to the table - is what makes the jury system tick in America.

"There are twelve people who all share their views and all try to reach a unanimous decision about exactly what happened, and they will be called upon to do that," Judge Rosenbaum said.