On Tuesday, in a sea of adults, the rising first-grader did what some of us are too afraid to do. He talked to a cop. 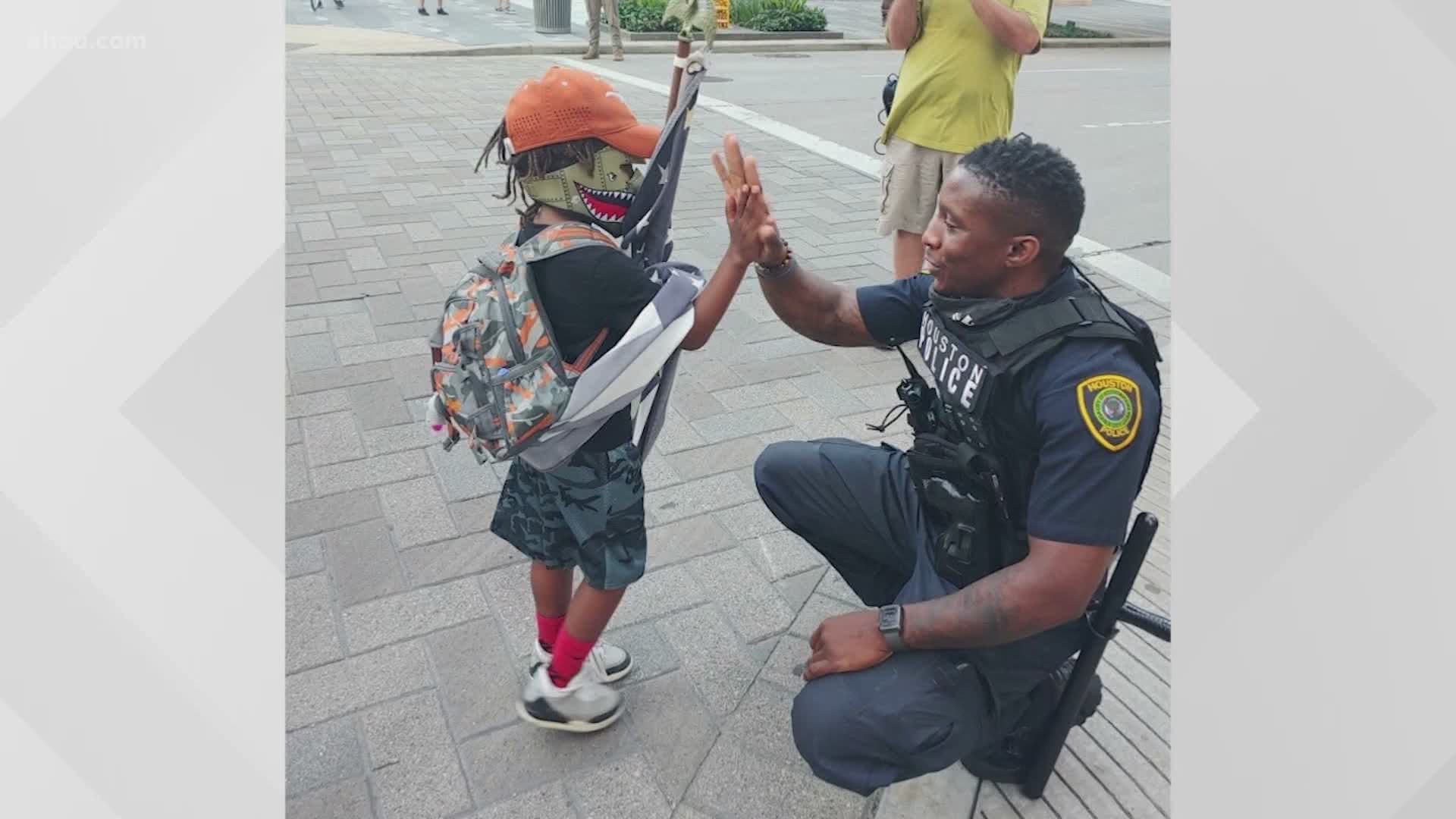 HOUSTON — Days later and the nation is still talking about Tuesday's march for George Floyd in downtown Houston. More than 200 people were arrested by police, but an estimated 60,000 people marched through downtown Houston. Organizers say the rally was overall peaceful.

Brown explained why he was at the peace march: "It was for a guy named George Floyd. He got chocked to death by a police officer. And we’re all devastated and sad about it. But his spirit lives on in us forever."

On Tuesday, in a sea of adults, the rising first-grader did what some of use are too afraid to do.

He talked to a cop.

His father, Charnc'Ey Brown, is beaming over the budding friendship between his son and the 11-year HPD veteran.

Johns said he spotted Brown toting a Black Lives Matter flag in the crowd. Brown approached and Johns knelt down, looked the little boy in the eye and listened.

"He just opened up to me and blossomed. And that was the most beautiful thing about the whole experience," said Johns. "And I wanted him to see an officer that looks like him, face-to-face. And to let him know that you are represented in the police department. And we are here to protect you as a young black man and as a citizen. That’s what we’re here for."

Does it solve generations of oppression and injustice? No.

Does this mean there's an end to police brutality? No.

But two neighbors started a conversation.

This friendship exists because of personal experience, not assumption.

"He was very kind and nice to me and I trust him a lot," said Dallas Brown. I think he was very cool and he’s my friend."

Dallas Brown now dreams of becoming a doctor and a policeman.

"And everyone has to do their part to help other people and to be a caring heart," he said.

Dad plans to do everything to make that happen, like showing his son what this world can be.

"This uniform doesn’t mean that I’m better than you," said Johns. "This uniform means that I have a duty to protect you."