Council members want to create a new system of public safety, but say they don't know what that will look like without input from constituents. 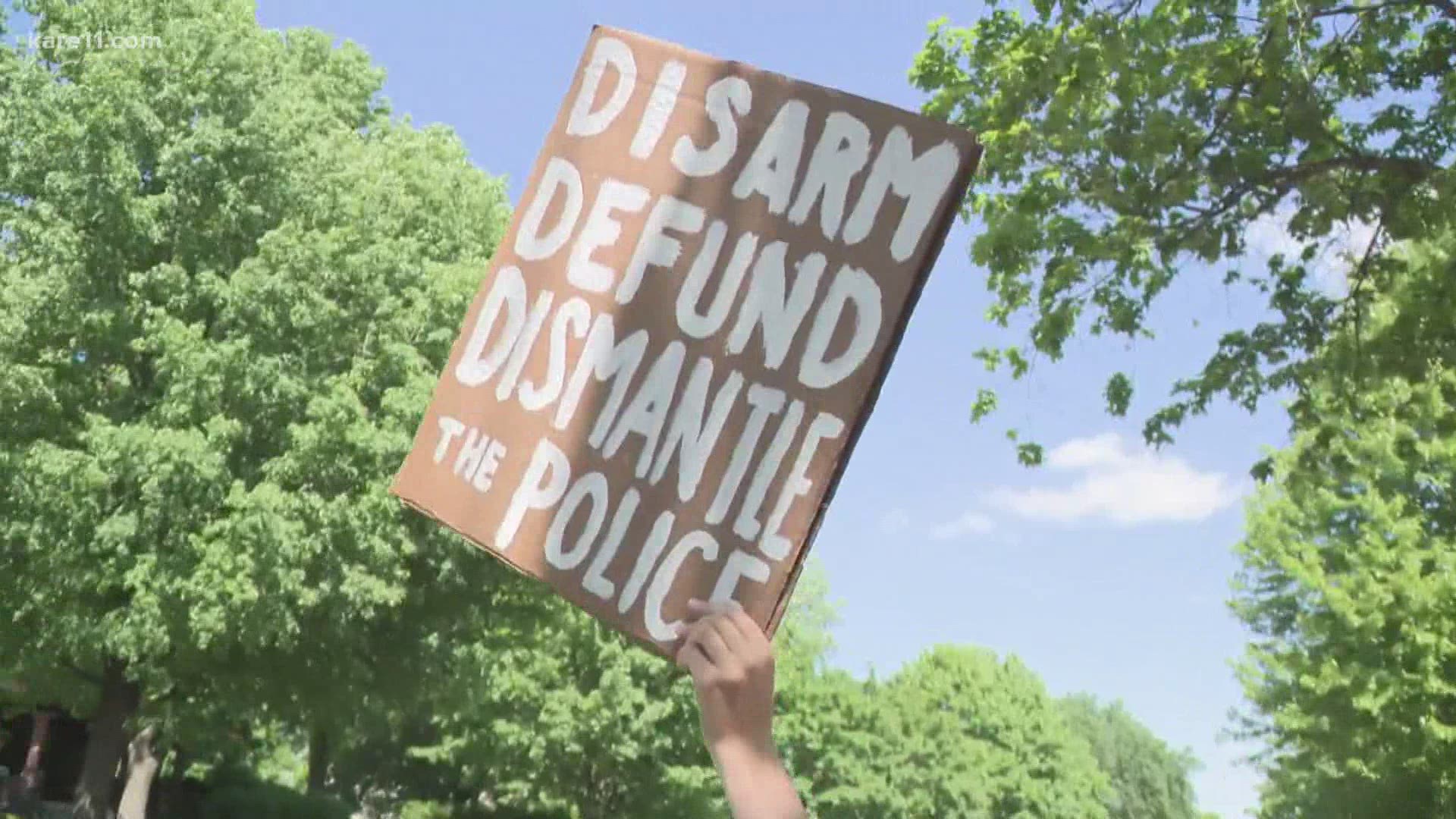 MINNEAPOLIS — After signaling formal support this weekend for the dismantling of the Minneapolis Police Department, members of the city council expanded on their views Monday as they continued to call for a new public safety system to serve more than 400,000 residents.

During two separate events – one a virtual Zoom discussion with “The Appeal,” and another a private call with members of the press – the council members reiterated their support for the long-term elimination and replacement of MPD by arguing that incremental reforms have not worked. Seeking to reassure concerned constituents, they vowed they would not make any decisions without months of public input.

A city charter amendment and public vote would likely be required to disband the police department.

“We know it won’t happen overnight,” council president Lisa Bender said. “And we know it has to center all the voices of all of our community members.”

Although Bender and eight of her colleagues have been vocal in their support of disbanding MPD after the killing of George Floyd, they have not offered a formal plan for the new public safety system and said Monday that community discussions over the next several months would inform their ideas. So far, it appears some of the council members favor a system of community-based public safety, which would not necessarily require an armed police officer to respond to every single call in the city.

Mental health calls or drug overdoses, for example, could be handled by specialized social workers instead of officers. “We can send a city response that that is appropriate to each situation and makes it better,” Ward Three council member Fletcher wrote in Time last week. “We can resolve confusion over a $20 grocery transaction without drawing a weapon or pulling out handcuffs.”

Bender made some of those same points on Monday.

“A lot of those calls shouldn’t be answered by an armed police officer,” Bender said, citing a review of 911 records in Minneapolis. “Sometimes that makes the situation worse.”

At the same time, the calls to “disband” the Minneapolis Police Department have left many wondering about basic public safety functions. “Who will solve murders and other major crimes that require investigation?” one KARE 11 follower asked. Another wrote: “I see a mass exodus of business from Minneapolis if this happens.” And Mylan Masson, the retired director of the Law Enforcement Training Program, wondered about the practical implications of replacing Minneapolis Police with a new system. While acknowledging the need for community-based policing, Masson called disbandment ideas “frightening.”

In the absence of a formal plan for the new system, council members have said they can’t answer those questions without community feedback. But Jeremiah Ellison, the Ward Five council representative, promised on Monday’s call that the police department would not be abolished before an adequate replacement plan was in place.

“I don’t want there to be this confusion of just, that there’s going to be nobody doing anything, that there’s gonna be nobody solving murders. No,” Ellison said. “We’re going to absolutely make sure there are systems in place to address an active shooter situation, for example.”

However, Mayor Jacob Frey said again Monday that he does not support abolishing the police department, although he repeated his calls for “massive transformational change” and for adjustments to the police union contract. Frey has said that the strict contract shields officers from proper disciplinary standards and accountability.

“We’re going to town on it,” Frey said. “We’re gonna do everything possible to shift that game because it’s necessary if we really want to see full reform.”

Frey’s revised budget, which he is set to unveil this month, may also lead to short-term changes in the police department. Council members have said they want to redirect MPD funding to community-based programs, but neither the department nor the union have responded to those claims thus far.