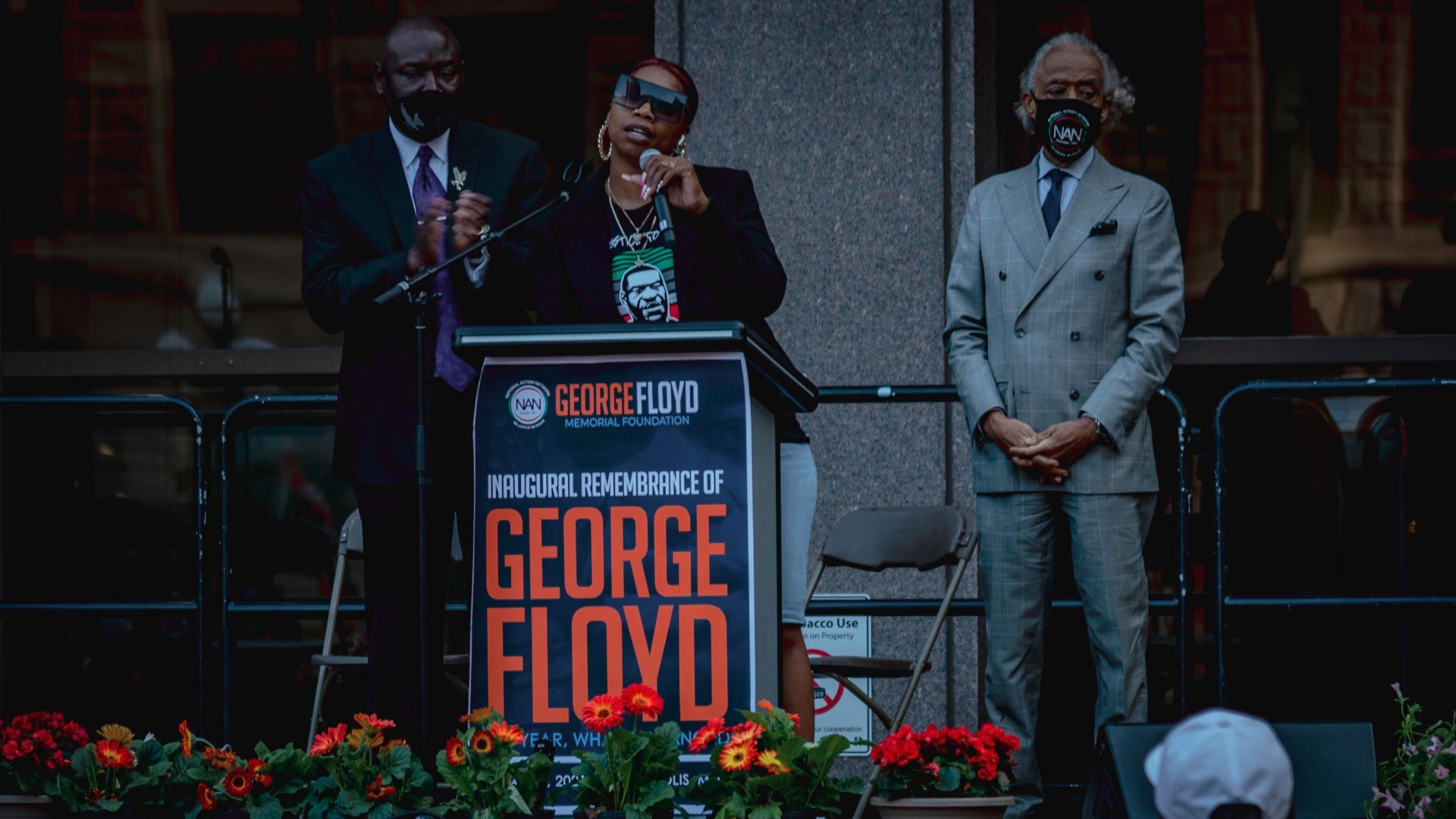 MINNEAPOLIS — Nearly a year after George Floyd's murder, his family and a crowd of others remembered him with a rally and march in downtown Minneapolis.

Tuesday will mark exactly one year since Floyd was killed. Ahead of the anniversary, family and activists planned weekend marches in three major U.S. cities: one in New York, another in Houston, and a third in Minneapolis.

Civil rights attorney Ben Crump said in a press release that the Floyd family will be led by George Floyd's sister, Bridgett Floyd. She is the founder of the George Floyd Memorial Foundation, which is planning several more anniversary events in Minneapolis.

"Tuesday will be a year (since George Floyd's murder)," said Bridgett, addressing a crowd outside of the Hennepin County Government Center. "It has been a long year. It has been a painful year. It has been very frustrating for me and my family. For your life to change in the blink of an eye, I still don't know why."

Bridgett Floyd, George Floyd's sister and founder of the George Floyd Memorial Foundation, reflects on the past year. @kare11 pic.twitter.com/4eeTorp8DM

RELATED: 'God always gives me the strength': George Floyd's sister reflects on one year since his murder

.@TheRevAl: The reason that we are here... convicting Chauvin is not enough. We need federal legislation. @kare11 pic.twitter.com/ba5QBFLvsU

The schedule of events is available online and includes a virtual day of action Monday and a Celebration of Life Tuesday in downtown Minneapolis.

While former Minneapolis police officer Derek Chauvin was found guilty last month of murdering George Floyd, the case isn't over yet. Chauvin is still awaiting his June 25 sentencing, and the other three former officers charged in Floyd's death have not yet been to trial. Proceedings for their trial have been delayed until March 2022.

In public events since Chauvin's guilty verdict was announced, Floyd family members have said that justice was served — but that their fight for police reform isn't over.