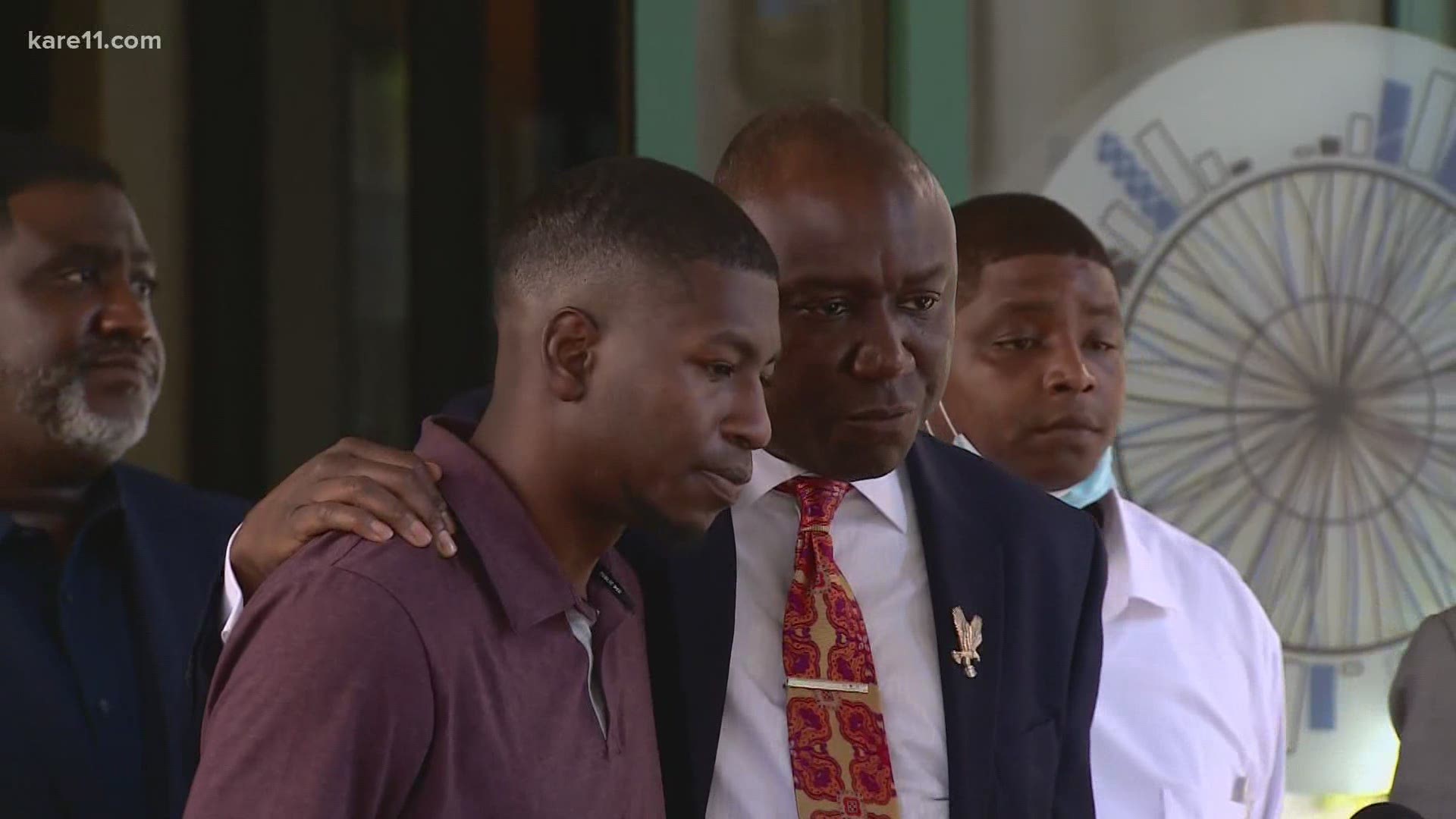 INDIANAPOLIS — At 38th and Chicago on Wednesday afternoon, pain intersected with celebration.

“Go Minnesota! Oh, my black Jesus!” a street preacher said at the center of a circle of flowers.

Upgraded charges for Derek Chauvin, along with the charging of three other officers as accomplices in the alleged murder of George Floyd, brought some cheer to the urban memorial taking on the feel of a street festival.

“I'm pleased,” Christiana Rogers said, surrounded by food trucks, artists and DJs. “It took a while, but I'm glad it's finally done, because it will bring a little peace to the community.”

The Minneapolis mom brought all three of her sons to the intersection where Floyd died.

“Me and my mom have been talking about this every day,” Christiana’s oldest son, 17-year-old Joshua Buchanan, said. “They had to be charged.”

“I am so glad they took a speedy road,” Gwen Carr, the mother of Eric Garner, said.

Garner died from a chokehold applied by a New York City officer.

“In my case it took five years for them to say they would fire one officer,” Carr added.

“I'm back on these grounds of Minnesota and it just feels like I'm coming to my son's funeral again,” Carr said. “This young man was crying to his mother at the end. It was like my son echoing from the grave, saying mama you've got to do something, they're still killing us.”

“We're going to bring the human side of who Floyd was,” Sharpton said.

The civil rights leader also promised details during the service of a national push for federal legislation, akin to the 1960s civil rights act, to address, among other things, racism in policing.

Sharpton said he’s encouraged by the number of white people he’s seen taking up the cause, pointing specifically to the diverse rallies he’s seen in Minneapolis.

“We believe this is the tipping point in America,” Ben Crump, attorney for the Floyd family, said.

“My father should not have been killed like this,” Mason said, “We deserve justice.”