As week two of the Derek Chauvin trial comes to an end, we wanted to answer your questions. 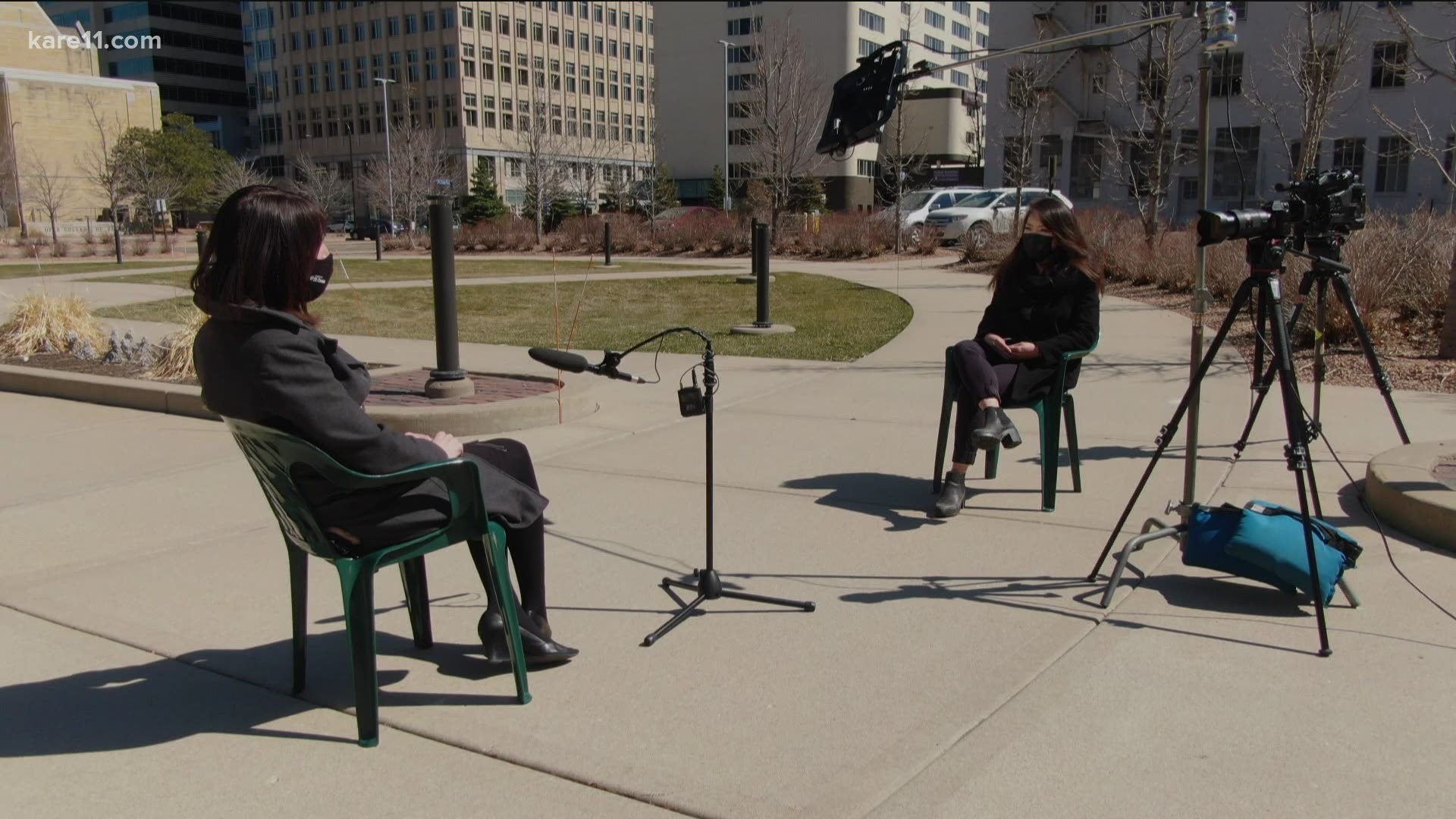 MINNEAPOLIS — University of St. Thomas law professor Rachel Moran helped us find answers to a few questions KARE 11 viewers were having during the trial of Derek Chauvin.

Q: Please give us a recap of the charges Mr. Chauvin is facing.

Q: How long could Derek Chauvin go to prison, if convicted?

Q: The media isn't allowed to show the jury. We are not identifying the jurors either. Why is that and is that rare?

Moran: It is fairly rare in Minnesota. Minnesota actually does allow in most cases jurors to be publicly identified. Not on TV, because Minnesota has never had a trial on TV. If you were to go to court to watch in an ordinary situation, the jurors could be identified by their names.

In this case, Judge Cahill has decided that would create too much risk either to the jury's safety or to their ability to be fair in this case. He decided that months ago.

Q: How long is the trial supposed to last?

Moran: The judge was probably being cautious and estimating about four weeks of testimony, so not including the time to pick the jury, starting this past Monday, he estimated about four weeks. Often times, a judge like that wants to err on the side of caution, so you don't run into a situation where jurors are stuck longer than they expected.

It might still last four weeks, but we saw some indication today, that the judge has said the trial is moving a lot faster than he expected so he is giving everyone a half-day tomorrow because they are ahead of schedule.

Q: How long will the jury take? How long can they take?

Moran: Jury deliberation - I had a trial once where the jury came back with the verdict seven minutes after the trial ended. And I've seen trials where jurors have deliberated more than a week. So really, there are absolutely no rules about how long jury deliberation can last. As long as the jurors indicate that they are still actually trying to reach a verdict, there are no real restrictions on that.

I would expect perhaps in this case, I'd be surprised if it lasted a terribly long time, because there are only three charges. The jury does not have that much to decide.

Q: Is the judge allowed to give a cut-off time to the jury?

Moran: No he is not allowed to do that. He is not allowed to cut off the jury until they indicate that they are done deliberating. Either because they reached a verdict - which is what people want in this case - or because they simply cannot agree, and there is no more use trying. That's called a mistrial. That would be if the jurors are unwilling or unable to reach a unanimous verdict.

Q: How likely is it that Mr. Chauvin would testify?

Moran: Probably not likely. The defense does not have to disclose that, and they of course haven't told anyone. I think there are reasons to believe he will probably not testify but that's the last decision made in the case before the testimony is officially over. The defense doesn't have to give anyone a hint about that beforehand.

Moran: The state can and should be prepared to cross examine [Mr. Chauvin] in case he testifies, but the reason is based in the Constitution. The Constitution says defendants have the absolute right to remain silent. You might hear that in the context of warnings when people are getting arrested, but that actually applies all the way through trial. So no one can force them to give up that right to remain silent.

Q: How much of the conversation between witnesses and the attorneys is already prepared?

Moran: I would expect in this case that the lawyers for the state at least had spent a significant time with their witnesses, not telling them what to say, but asking enough questions to know what the witnesses will say. That's allowed, it's totally appropriate. It's something in this case that they absolutely should have done, probably multiple times.