After nine years of restoring WWII plane, a Geneseo pilot is set for take-off. 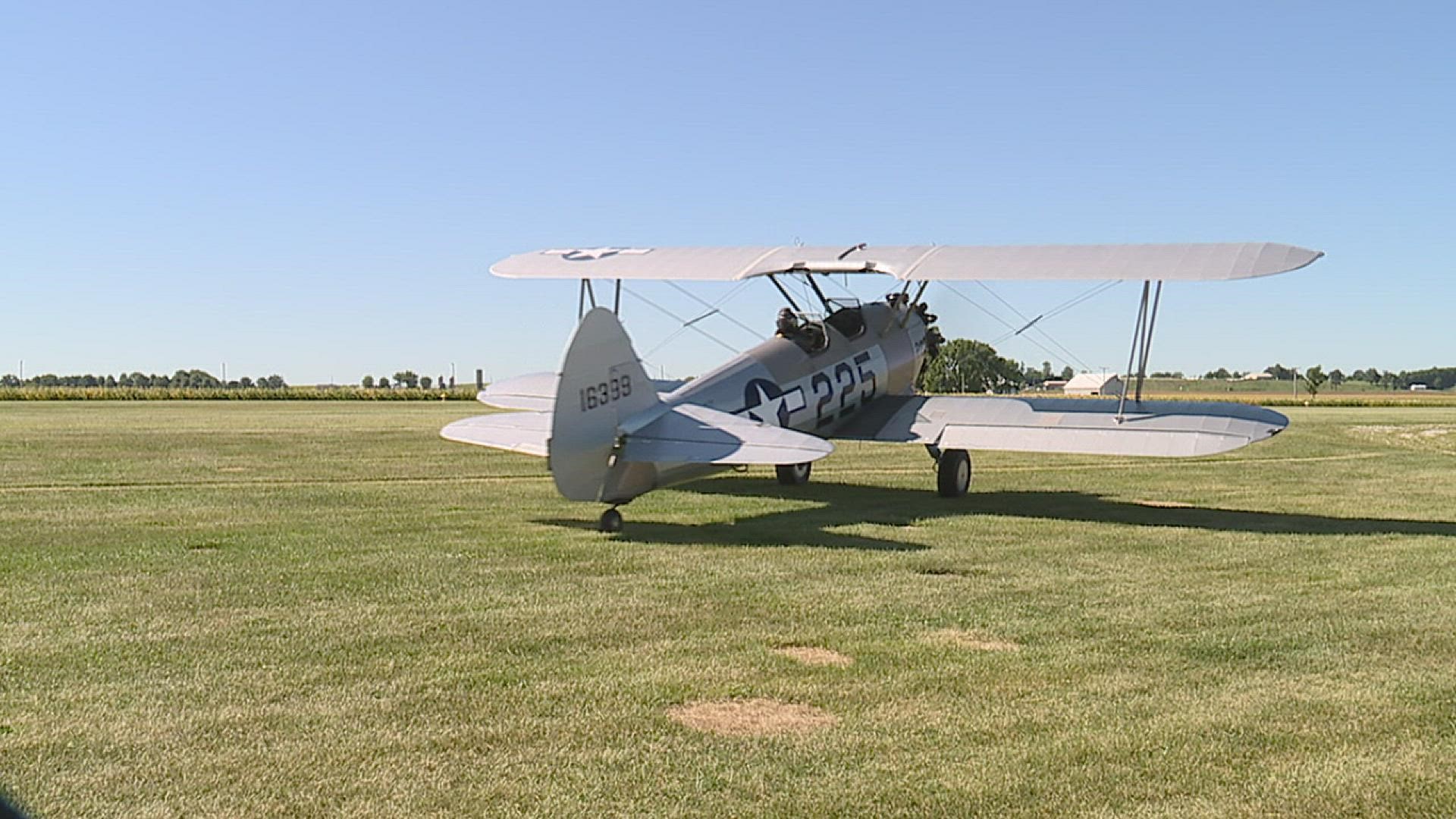 The project is complete, and now Swint is ready for take-off at this year's 50th annual Stearman Fly-in events.

A native of Geneseo, Swint says he took his first liking to air planes as a child after he was introduced by his father.

"When I was a kid my dad flew model airplanes. He built a Stearman model and I specifically liked that," Swint said

Swint says his restored model is "exactly" as one would look if it were sitting on the battlefield.

"I bought it, [when] it was in a barn, completely disassembled and dilapidated," Swint said.

He added the nine-year project included plenty of history research in order to bring the 80-plus-year-old plane back to life.

The wings are made from a wooden frame, string, and a special fabric wrapping which holds it all together.

"It was quite a time consuming thing, but I really enjoyed it," Swint said. "This one would look exactly in the line of Silver Wings and that's something that I wanted to replicate--one that looked like it was on the field."

Swintz will showcase his Stearman model during the 2021 Galesburg Fly-in events which take place from September 6th through September 11th.