An officer's foresight to call in a warning to the railroad system saved a man on the tracks from a collision. 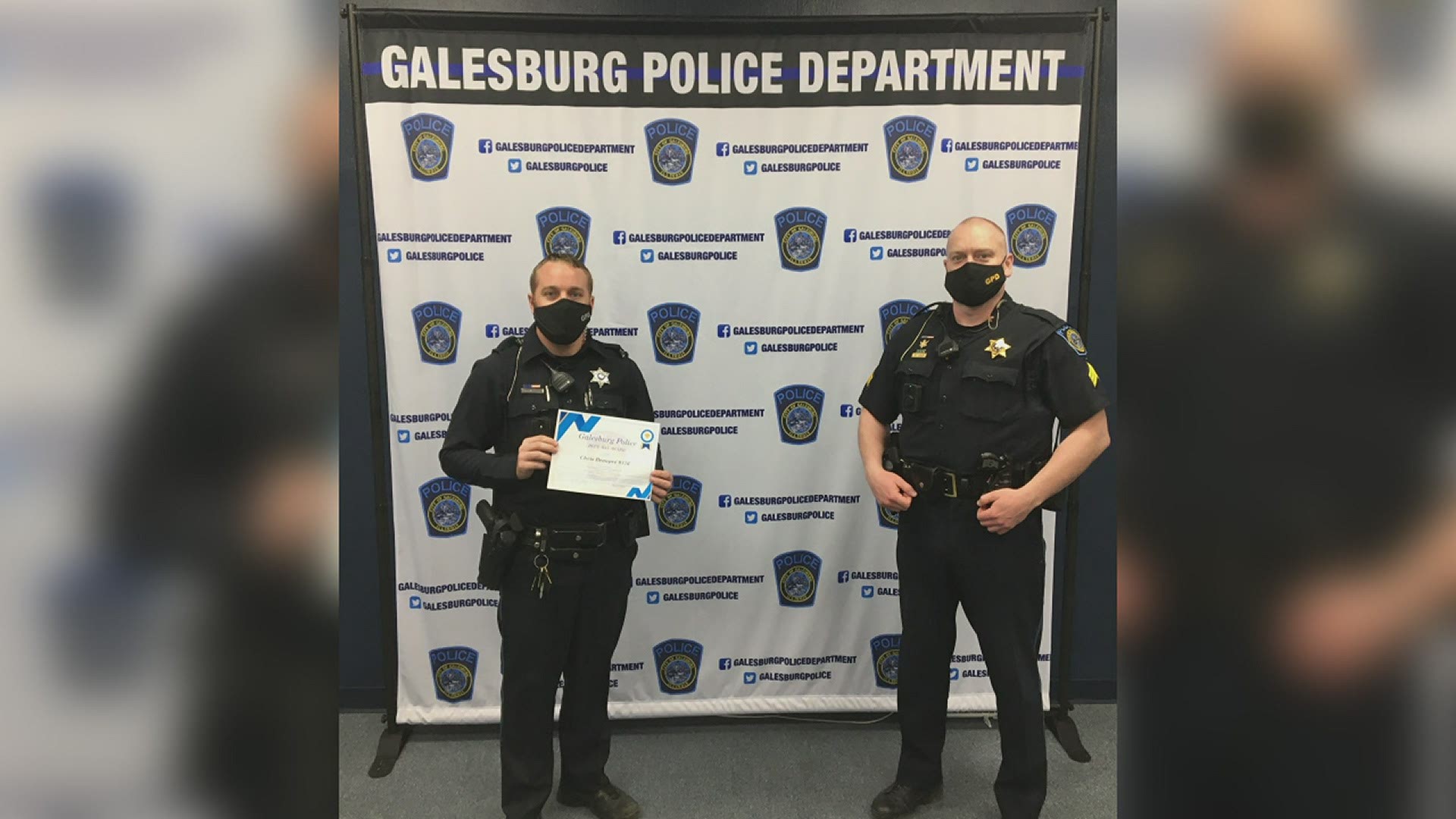 GALESBURG, Ill. — A Galesburg officer's quick thinking likely saved the life of a man who was stuck on Galesburg railroad tracks on Sunday, March 14.

According to a Facebook post from the Galesburg Police Department, Officer Chris Beaupre saw that a truck had stopped on a set of railroad tracks ear Academy and Ferris Streets. Beaupre immediately called for trains on that track to be stop, and checked the scene.

The car's driver, a 27 year-old man, said that he had missed a turn and ended up on the tracks.

During their conversation, the railroad gates began lowering and the lights began blinking.

Despite that initial panic, fears were soon alleviated when the train was able to stop in time to avoid the collision to to the advance warning that Beaupre called in.

Police found indicators of alcohol impairment on the driver, leading to him being arrested for DUI, Driving without liability insurance, and Illegal transportation of alcohol.

Officer Beaupre was the "Blue Max" award by his supervisor; an award that recognizes officers for a job well done and encourages excellence within the department.