Victoria Duran met Clint Kneuven, the flight nurse who flew her to the hospital after a horrific accident. 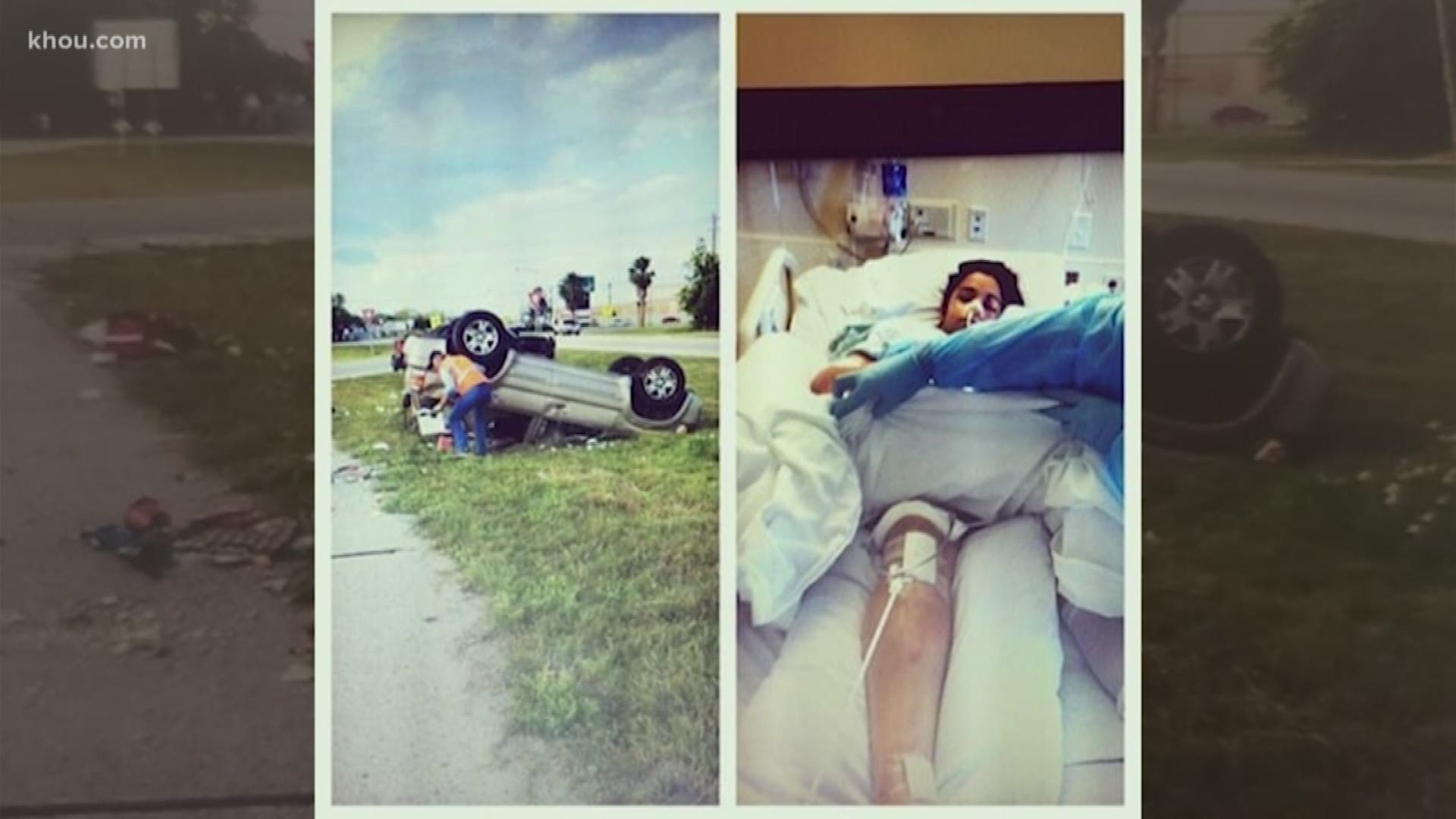 BAYTOWN, Texas — Training to be a paramedic was an easy decision for Victoria Duran.

“There’s nothing more I want than to just give back," Duran said.

You might say she’s paying it forward after a horrific car crash nearly took her life.

“If it wasn’t for them, then I really wouldn’t be here," Duran said. "It made me want to do it even more.”

The crash happened in Baytown almost eight years ago.

“I had broken almost everything on the right side of my body," Duran said.

But while talking to us about that experience, she had an unexpected introduction from the flight nurse who took Victoria under his wing that Easter Sunday so many years ago.

“I vaguely remember there was a rollover vehicle, I know that we only flew one person from it," Memorial Hermann Flight Nurse Clint Kneuven said.

It’s hard for Kneuven to recall the entire accident with it being so long ago, but that didn’t keep him from wanting to check up on his patient so many years later.

“It’s always nice to see if you have an impact on peoples' life. I mean we all like to think we have some sort of an impact on someone’s life, positive, at least," Duran said.

The two took a tour of Life Flight helicopter, similar to the one they flew in together that day, but he wasn’t the only hero to say hello.

“To be able to hear that a patient did make it, and is truly a miracle and walking around and now looking to pursue a job in public service is amazing and makes us feel really good," Baytown Firefighter Lt. Lukasz Bednarek said.

Bednarek was one of the many Baytown Firefighters first to respond that day. He remembers the accident most by the chaos and confetti.

“I remember there being tons of Easter eggs and Easter baskets, and the little green grass that you put inside the Easter baskets all over the place," Bednarek said.

Victoria gave them roses and wrote them a letter, thanking every one of them for the day they not only saved her life, but sealed her fate.

“There’s just nothing more that I want than to provide for somebody who could be someday in the same shoes that I was in," Duran said.