Davenport Police located a stolen car early Friday morning and arrested the four teens inside it. 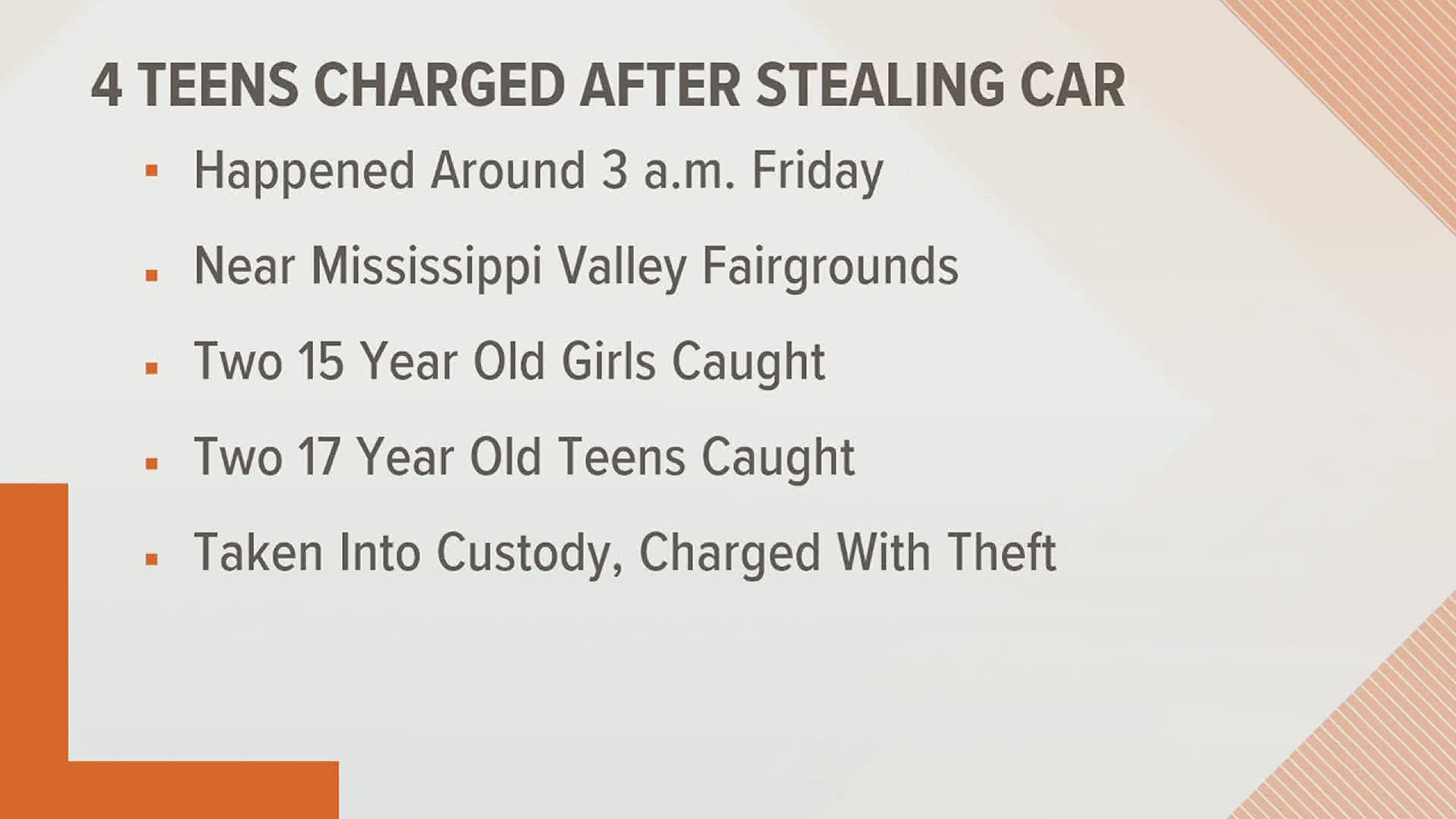 DAVENPORT, Iowa — Four teens from across the Quad City area were arrested early Friday morning after being found in a car police say was stolen.

According to the Davenport Police Department, at just before 3 a.m. on July 23, officers saw a vehicle that was previously reported stolen out of the 2800 block of W Locust Street.

Officers from DPD and the Iowa State Patrol were able to locate the vehicle after the initial sighting and take its occupants into custody.

All four were charged with 1st Degree Theft, while the Bettendorf boy was also charged with 2nd Degree Criminal Mischief, and Assault on a Police Officer with a Weapon.

No further information is available.