Between 1 and 3am, two separate house fires broke out in the Quad Cities - one in Davenport and one in East Moline. No one appears to have been injured in either. 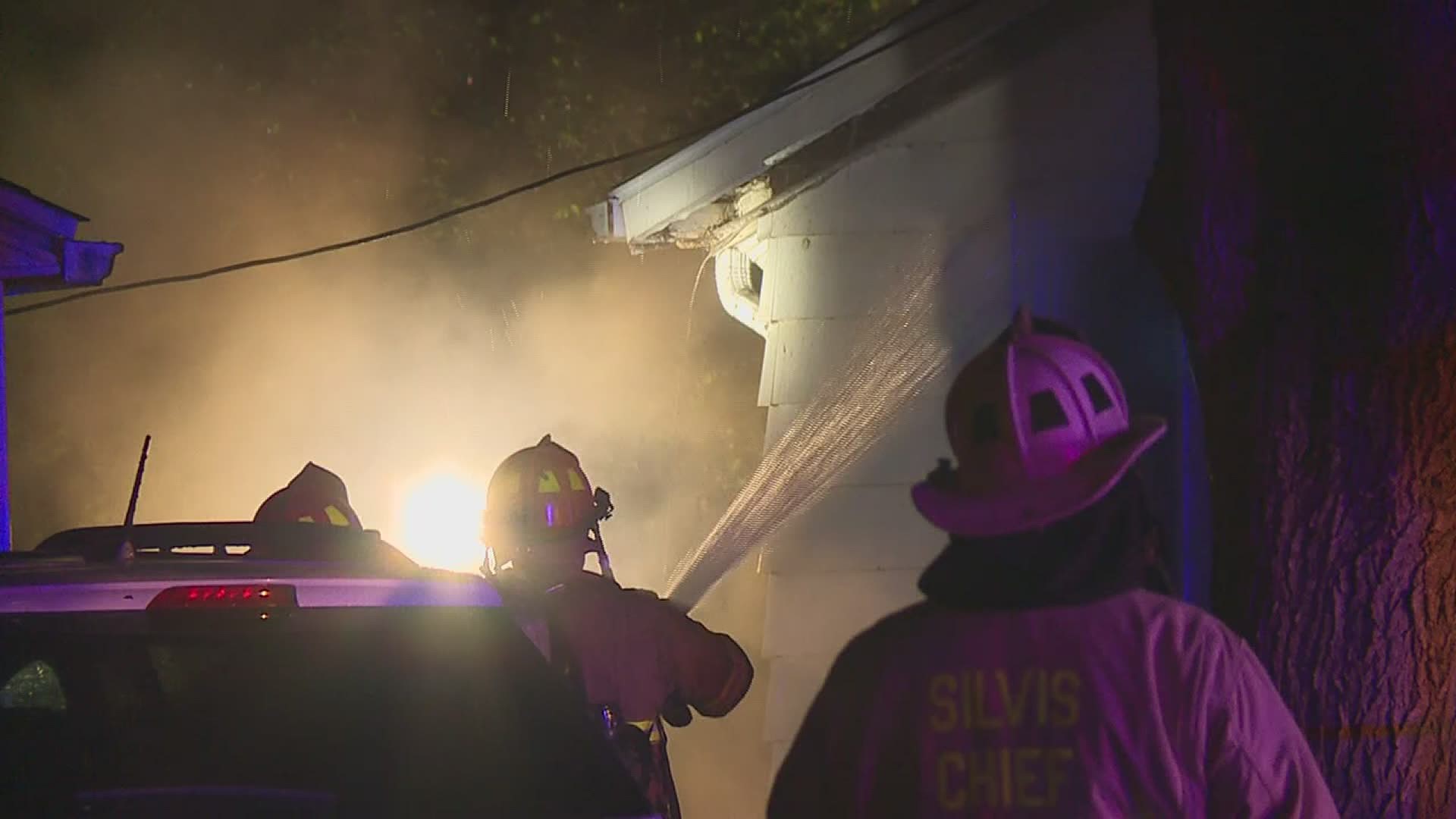 DAVENPORT, Iowa — Crews responded to two separate house fires in both Davenport and East Moline in the early hours of Wednesday morning. Witnesses from the East Moline one tell News 8 there don't appear to have been any injuries at either incident.

The first call came in at 12:40 am, for a house fire on Gaines Street in Davenport, right across the street from Herington Park, near 9th Street.

Police officers were in the area and noticed a structure fire even before 17 firefighters responded to the scene. As soon as crews arrived, they saw a heavy fire in the front of the structure, but they were quickly able to put it out.

One person was taken to a Genesis Health System hospital, but for a condition unrelated to the fire. The American Red Cross is assisting four adults and three minors. No word on a cause right now. The damage to the house was extensive though.

The second call came in around 3am to a home off of Fourth Avenue B in East Moline, just down the road from Jacob's Park. Fire crews from East Moline, Silvis and the Arsenal all reported, with the majority of the trucks leaving just before 6am.

Neighbors tell News 8 that the woman who lived alone at the house made it out safely, but they weren't sure about her five cats.

Francis Eder lives just a few houses down from where the fire broke out. He said he woke up around 4am and saw a wall of smoke when he looked outside.

"I looked out my window and I seen all the lights and I hollered at my wife I said, 'Kathy, Kathy, we got squad cars all over out here.' Then I seen the smoke and I said oh my God there's a big fire out here," said Eder. He says this is the second house fire to take place near his block in just the last few months.

So far, crews have not released any information regarding what happened, or what the extent of the damage is to the home.