Webster County Health Department officials notified the district after it found thousands of negative tests results in the county were not counted. 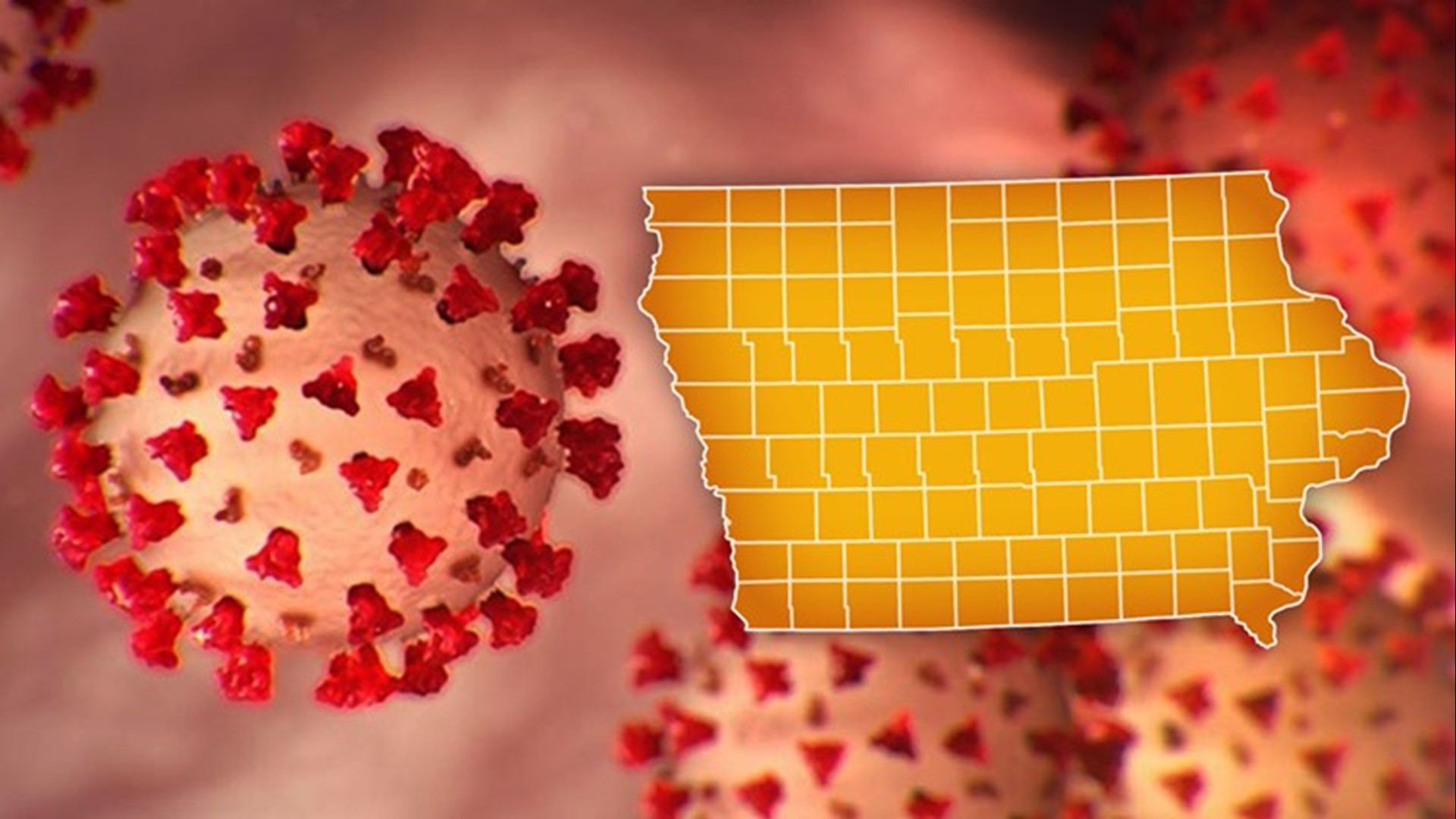 FORT DODGE, Iowa — In a review of Webster County's COVID-19 positivity rate last week, local health officials found issues with the data and why its 14-day rolling average was so high.

The county's largest school district, the Fort Dodge Community School District, is moving up their start date because of the discrepancy.

Health officials in the county contacted a local clinic and questioned if negative test results were also entered into the Iowa Disease Surveillance System (IDSS) database. It was reported that not all negative tests were entered.

The local clinic submitted approximately 3,000 negative test results to the Iowa Department of Public Health (IDPH) that night, but later learned that the state’s reporting system had rejected the submission.

According to spokeswoman Kelli Bloomquist, Webster County Health Department leaders asked the state public health department for guidance and a review of the data.

"IDPH validated that not all test results had been entered into IDSS which in turn determines the county’s positivity," Bloomquist said in a statement to Local 5. "Upon review, it appeared that with the increased testing in the community the week prior, the percentage of positivity had gone down, and with the additional negatives that hadn’t been entered into the system, it is understood that the rate would have been impacted more in a downward trend."

After this was confirmed, health officials met with county school leaders to discuss their findings and explain the numbers.

On Wednesday afternoon, Community Health Center of Fort Dodge posted on their Facebook page about their reporting of COVID-19 data.

They noted because of the high volume of tests being reported, the system was overwhelmed. They said they submitted positive tests directly to IDPH's system to support immediate contact tracing.

Leaders at Community Health Center also said CDC guidance changed earlier this week, regarding how to report certain types of positive tests. They said they are working with the IDPH to ensure all results are reported accurately.

After meeting with Webster County Public Health #FDCSD has decided to delay the start of school to Sept 8. Open houses, conferences & orientations will be rescheduled to Sept 3. More info to come next week. #FDElem #FDMS #FDSH pic.twitter.com/0PoYNEFnSA

As you can see in an updated chart below from the state's coronavirus website, Webster County's rolling 14-day average positivity rate is now 11.6%.

In an email sent to parents Monday evening, Fort Dodge school leaders reversed their decision to start school in September.

"School for all students, both At School and At Home learners, will begin on Tuesday, August 25, as originally planned," the school said in the email. "We were trying to be proactive and give you plenty of time to plan when we made our announcement on Friday. We apologize for any inconvenience this causes."

Bloomquist said patients were already aware of their results, so the announcement about the negative tests did not impact them.

"We're working closely with the clinical partner and local public health to provide clearer reporting guidance and better standardize reporting. We understand Iowans use this information to make decisions for their family's health, and we're constantly taking steps to improve processes," said McCoy. "We'll continue working with our partners to support their needs as we all learn more about this virus, and as new developments come online with COVID-19 testing and reporting."