Arkansas State Police have issued a Silver Alert to find the missing Timothy Harris, who may be heading to his hometown. 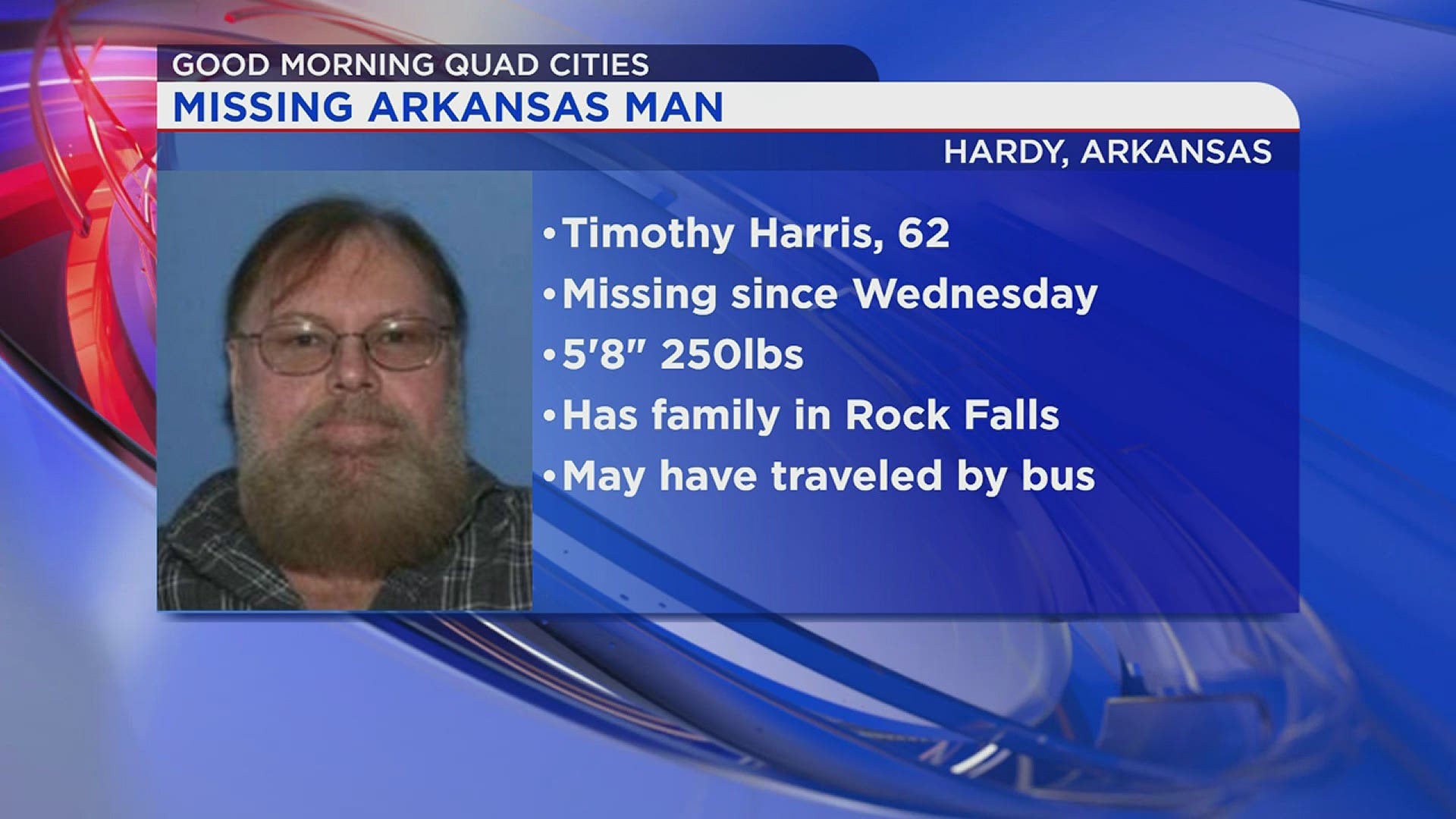 A Rock Falls man is missing from Hardy, Arkansas and is believed to be heading back to his hometown of Rock Falls, Illinois.

Arkansas State Police issued a Silver Alert for 62-year-old Timothy Ray Harris and is believed to be heading back to Rock Falls, possibly via bus.

Harris is described as 5'8 and 250 pounds with brown hair, blue eyes, and fair complexion. He was last seen in red shorts, a blue button-up shirt, and carrying a black duffle bag.