But, don’t get too excited. David Spillers of Huntsville Hospital says now is not the time to let up... “It scares me that people will let their guard down..." 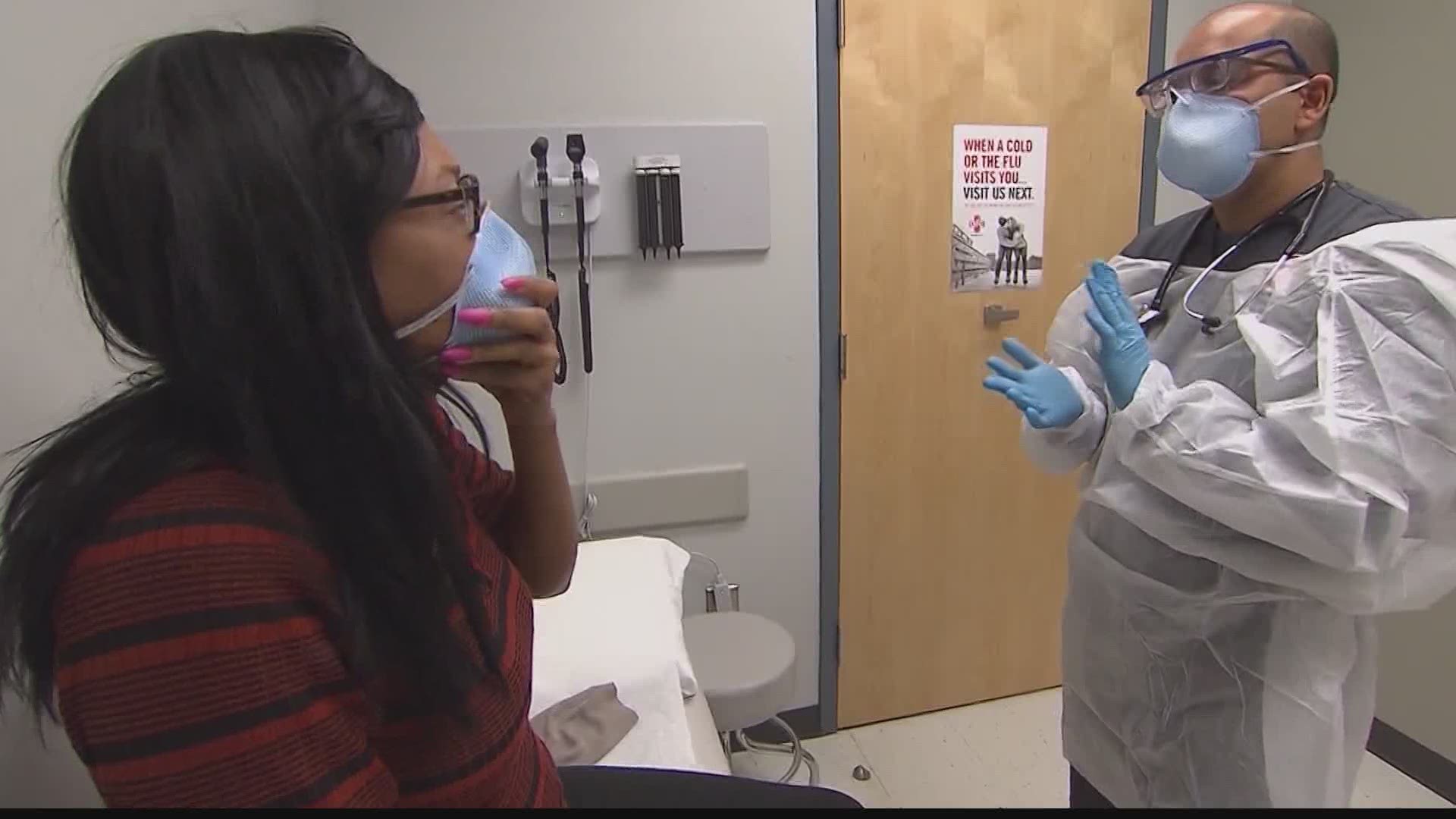 For weeks, we’ve been social distancing, masking, quarantining--- and it’s all to work towards one goal: to flatten the curve.

Madison County leaders tell us during Thursday afternoon's daily COVID-19 Update, it could all be starting to pay off.

David Spillers, CEO of Huntsville Hospital, says, “Unless we see a blip, we see some increase in the next few days, it appears we have leveled off and we’re not going to have that peak everybody talks about.”

But, don’t get too excited…

David Spillers says, “It scares me that people will let their guard down because they look at these numbers and they’re feeling good about things, and all of a sudden they decide to not practice the social distancing and sanitizing-- as we constantly promote up here.”

Spillers uses a chart that tracks the number of confirmed COVID-19 cases in Madison County to show where the cases are starting to plateau. But, he says, he’s looking to see information that monitors something else: the number of currently active cases, not including the number of people who have recovered from COVID-19. Spillers adds, “When we see that number dropping, that’s when we’ll know we really have this under control.”

Over 5,400 people have been tested in the county. Over 120 of those people are experiencing homelessness. Sixty tests have returned taken from the homeless community-- all negative.

Spillers tells reporters, the county is sending mobile testing units to areas where people may lack transportation to testing sites next week.

Spillers says the testing efforts are going well. But, there is a need for a new and faster form of testing to truly get accurate numbers. He adds, “I think rapid testing is something everybody in our country needs…”

Madison Mayor Paul Finley says testing preparation has made all the difference for Madison County. He adds, “So much of the testing on the front end that found those who had it and quarantined those we could-- I think is now paying off.”

Spilllers says they've had instances of some people who are experiencing non COVID-19 health issues, but resisting visiting the hospital until it's nearly too late.  He reminds locals of a very important message. Spillers says, “The shelter in place order does not mean that you cannot seek health care if you’re having issues... Do not wait. Come as you normally would.”

RELATED: Coping with the “new normal”: How COVID-19 changes could impact mental health