She goes by 'Tennessee Tonya' and downloaded TikTok roughly a year ago for her work with youth ministry at church. 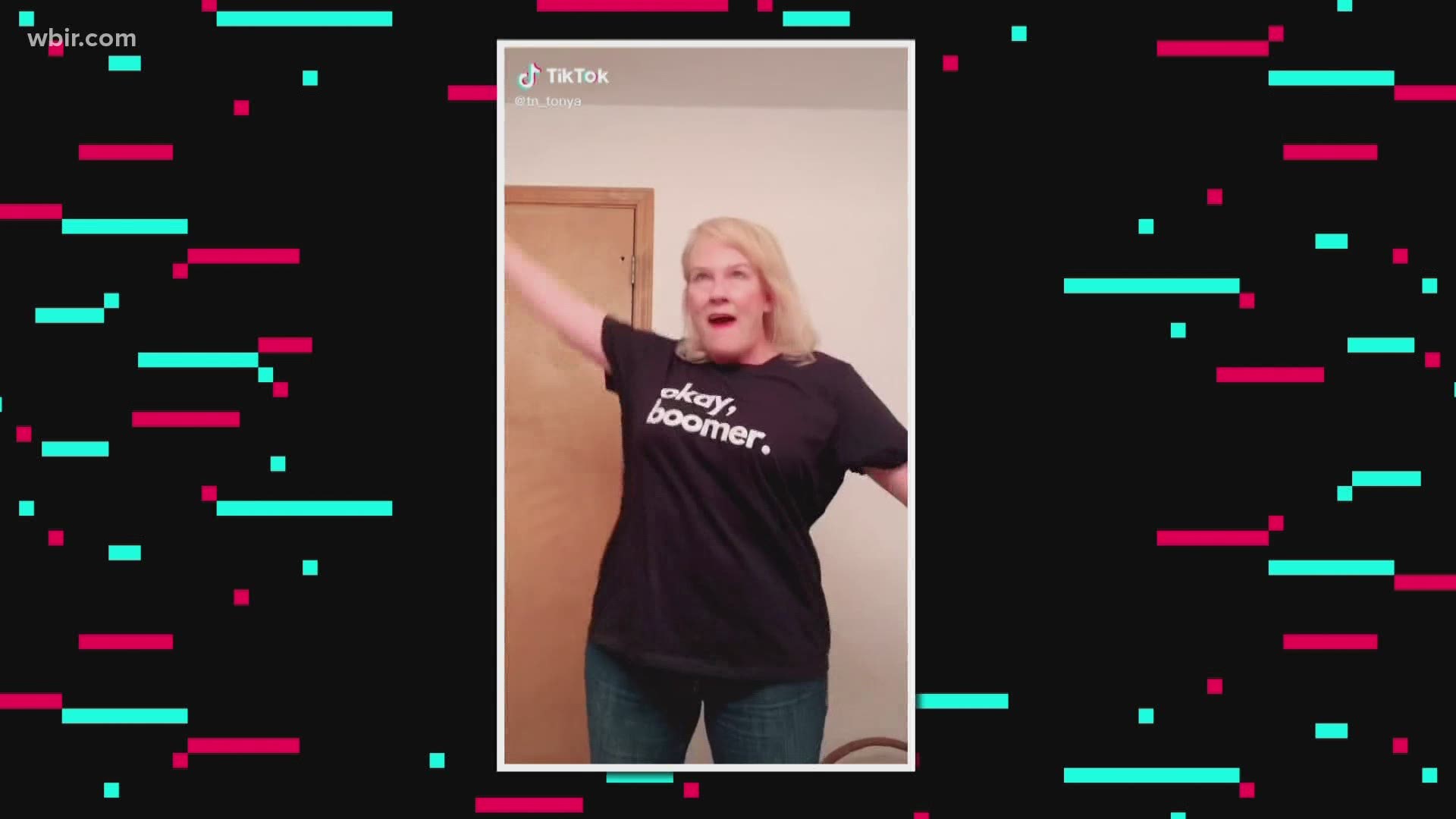 The Knoxville woman said she downloaded TikTok roughly a year ago for her work with youth ministry at church.

"I always like to make sure I have a presence on the different social media platforms, just so I can see what the kids are seeing. I'm on Snapchat, Instagram,  all of that. I found out that the kids in my youth group weren't actually on TikTok yet, so I decided to have some fun with it," Stoutt-Brown said.

She started making videos of everything from dancing to lipsyncing and everything in between.

"When I first got on TikTok, it was mostly kids, and they started calling me a 'Karen' because of how I looked. I didn't know what that meant, so I had to go to Urban Dictionary and find out. When I read the definition of what a 'Karen' was, I was like, 'I'm not a Karen,'" Stoutt-Brown said.

A "Karen" is a term often used to describe an obnoxiously outspoken woman who's likely to "ask for the manager."

When Stoutt-Brown decided to record what she calls the "Karen dance," her video quickly went viral.

"It was around midnight, and I wasn't dressed up or anything," she said. "I just popped the phone up in front of the mirror and did a little dance and went to bed, and didn't think anything else about it until I woke up the next morning. Boy, was I surprised."

Her video hit 6 million views and appeared on Daily Blast Live. While Stoutt-Brown said it's meant to make people laugh, she knows the actions behind the stereotype are no laughing matter. She says TikTok is helping to open the doors to important conversations about race.

"It's broadened my horizons so much," she said. "I've built relationships with more people of color than I probably ever have in my life."

Stoutt-Brown said she'd be sad to see the platform disappear because she's used it as a way to minister and have conversations with young people, but said she respects whatever decision the government makes.