Hundreds of first responders have called the NextRung.org help line in the past two years, anonymously receiving guidance and referrals to free counseling. 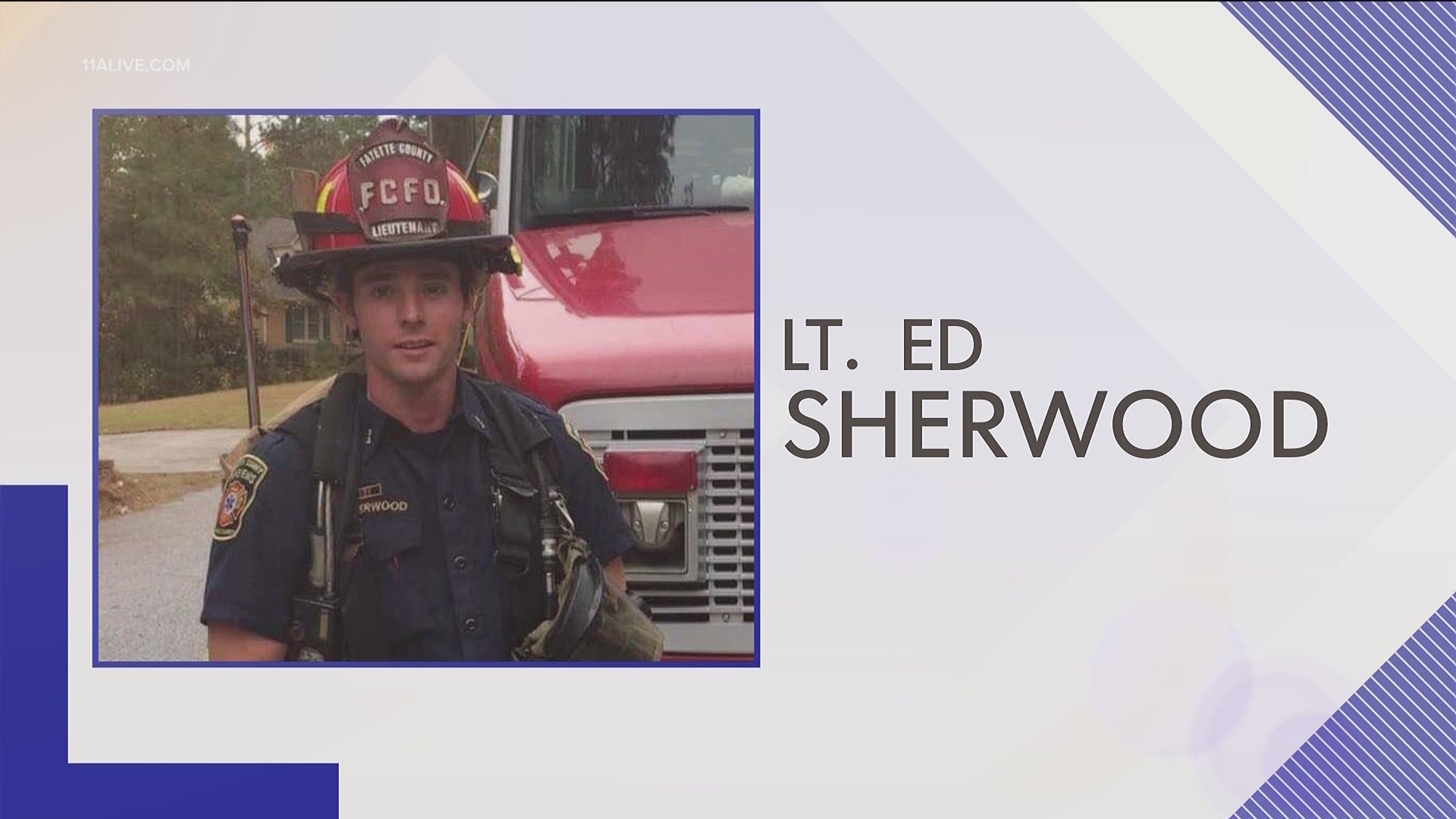 ATLANTA — A Fayette County Fire lieutenant who died last week is, even now, drawing attention to the sometimes unbearable stresses that first responders face on the job.

Lt. Ed Sherwood took his own life—one of hundreds of first responders who do, every year.

It is a national tragedy, and first responders, themselves, are fighting to end it. One of them—a metro Atlanta firefighter named Blake Stinnett.

Stinnett remembers vividly one of his first mentors in his department as “Someone that was just always smiling, always laughing.”

Stinnett will never forget the man’s life, and death.

“Six months into my rookie year, he actually took his life," he recalled.

What Stinnett - a psychology major in college - did next, with his mentor on his heart, found a way to save the lives of countless other first responders.

The need is critical.

A nationwide study by the Ruderman Family Foundation released last year found that in 2017 - for the first time - more firefighters and police officers died from suicide than in the line of duty.

Their suicide rates that year were higher than it was in the general population:

Miriam Heyman, Ph.D., of the Ruderman Family Foundation co-authored the first-responders study and said the known numbers of suicides among first responders may be about twice as many as are reported, because, so often, many relatives do not want their loved ones’ deaths reported as suicides.

“They are heroes, for sure, but they are also human, and it makes perfect sense that the constant exposure to death, violence, destruction, abuse, and so on, would exert a toll,” Heyman said in an interview with 11Alive. "First responders encounter death and destruction, really, on a daily basis, it’s an everyday part of the job … So, we would expect to see heightened levels of depression, anxiety, post-traumatic stress disorder, substance abuse, amongst police officers and firefighters than in the general population.”

RELATED: 'It's a crisis' | Group that tracks suicides among firefighters says there are warning signs

Dr. Heyman found that first responders will often not admit to themselves, or anyone else, if they need help.

“What we need to see more of, is leadership from within these professions, speaking openly and frequently and honestly about the importance of mental health and well-being, and accessing care when you need it," she said. "For these professionals, bravery and courage, and putting other people before you put yourself, is literally part of the job description … You can have the best psychologists in the world available to these folks, but if they don’t feel comfortable accessing them, then it won’t make any difference at all.”

What Firefighter Blake Stinnett and a fellow firefighter did two years ago was set up a network of first responders nationwide, a non-profit called NextRung.org. The organization simply is there to take calls anonymously (1-833-NXT-RUNG / 1-833-698-7864) from first responders, just to be a sounding board for them, and if they want, to direct them to professional counseling, for free and anonymously.

“On the other side of the line, they get a real firefighter or first responder who understands what they’re going through,” Stinnett said.

“When someone understands the job the way that you do, it’s easy for them to open up, and to understand just that conversation,” Stinnett added. “There’s so many things that we can do to get through whatever it is that you’re walking through at the moment … There’s nothing too small or nothing too big that we can’t conquer together.”

RELATED: Her smile lit up a room but hid her pain. She died at 17.

Stinnett said hundreds of first responders have called in the first two years, so far. He hears back from many, later, about lives saved.

“It kinds of eats away at us if we don’t talk about it. But talking about it out loud and getting it off our chests” is one of the most important steps to take, Stinnett said. “To know that they’re at such a desperate point, and didn’t realize or didn’t know if they were going to be able to make it through that, to now have a very wonderful life and they’re thriving, words can’t express that.”

His mentor, he is sure, did not die in vain.

Meanwhile, the family of Lt. Sherwood announced that his funeral will be Thursday, October 31, at 1:00 p.m., at Fayetteville First United Methodist Church.

Suicide Prevention: How officers train to protect people from harming themselves