Construction is believed to have started fire at Geneseo family's home

Flames leaked out the roof of a Geneseo home after a fire broke out Wednesday evening. 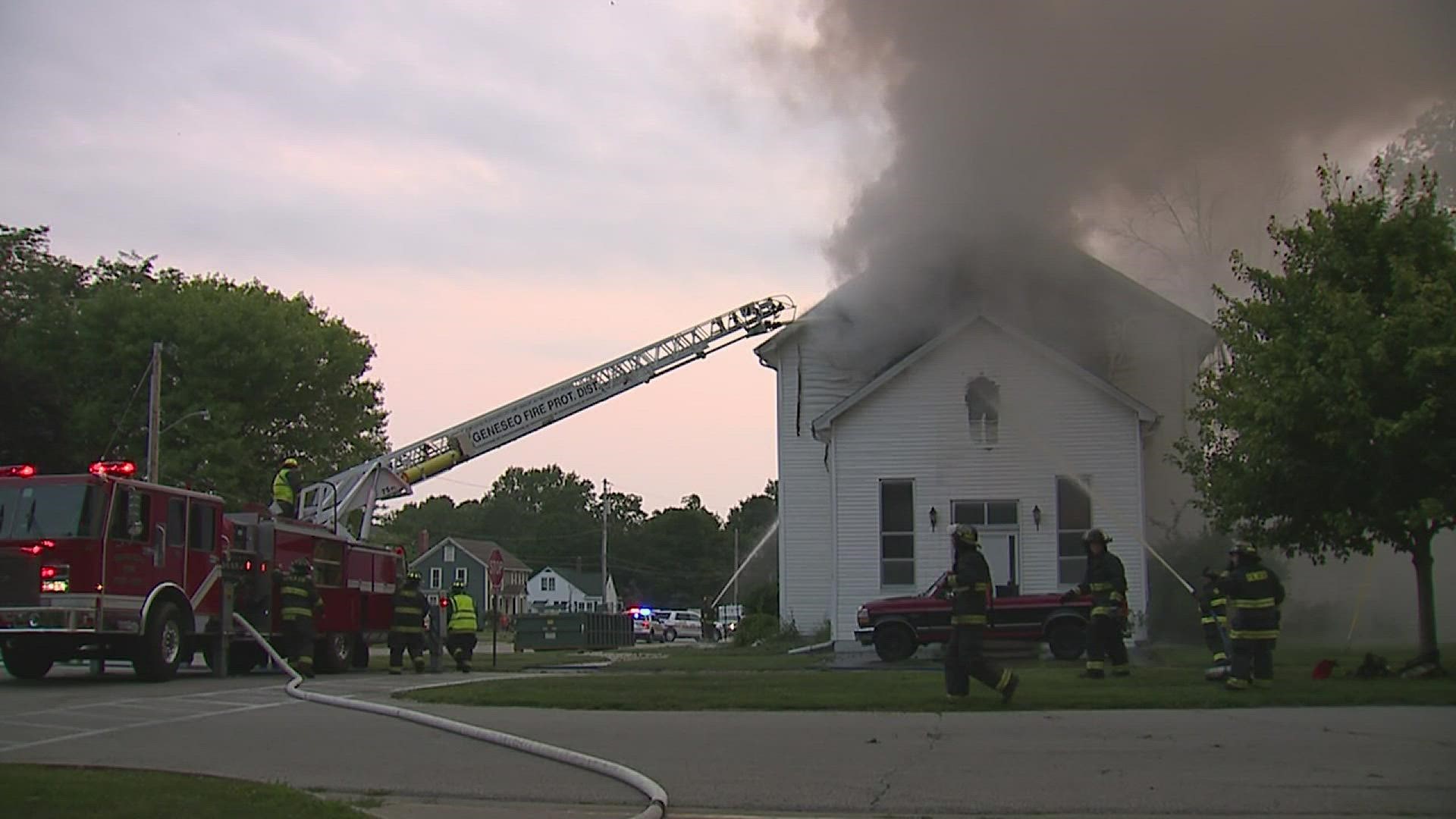 GENESEO, Ill — Flames erupted from a Geneseo home after a fire broke out in the evening on Wednesday, July 28.

The fire was reported around 7:40 p.m. at a house, formerly home to the First Baptist Church several years ago, on the intersection of Center and Pearl streets.

A column of fire and heavy smoke could be seen billowing from the building while fire crews worked to bring the blaze under control.

Geneseo police said a family of four was inside at the time, but were able to escape. One man was taken to a nearby hospital for minor smoke inhalation; he was treated and released.

The family was not using the parts of the home that were under construction.

The blaze closed and rerouted traffic in the heart of Geneseo for the rest of the day.

If you have extra information about the fire, you are asked to call the Geneseo Police Department at 309-944-5141.